But it also highlighted a more profound parallel in the often synergistic US and UK politics that potentially poses longer-term threats to progressive parties: culturally and politically, they have lost touch with their heartland working-class voters — the very people they were set up to represent.

The most significant warning for Democrats from Jeremy Corbyn’s disaster may be that when a party gets consumed by its own ideological debate, it risks losing sight of subtle changes in its own base.

Conservative Party leader Boris Johnson picked up a haul of seats across Labour strongholds and won the support of the opposition party’s traditional base — blue collar, unionized industrial workers. As the results were rolling in on Thursday night, it looked a lot like US election night in 2016 as a Trump wave swept across the former Democratic rust belt power base in the Midwest.

In the UK, as in the US, such constituencies had suffered economic blight for decades — ironically, many from liberalizing economic reforms introduced by the Conservatives in the 1980s. As a result, they have harbored fierce resentment against upper class Tories from down south — like Johnson.

But the Prime Minister, helped by his simple demands to honor the referendum to get the UK out of the European Union — a goal many working class voters support and on which Labour has a muddled policy — engineered a generational political shift.

Labour hotbeds have also been changing, a factor that seems to have escaped its ideologically radical left wing leaders in London. Some of those former industrialized areas have also started to regenerate. New industries are beginning to spring up in the place of mining and steel manufacturing that were driven out by globalization.

That has changed the demographics of some seats in Labour’s red wall, and memories are fading of the great industrial strikes and battles against the Conservative governments of the 1980s.

Once, Labour was untouchable in the mill towns and mining villages of northern England and the shipyards of Scotland, piling up power through once-huge labor unions.

But it is seen increasingly as a socially liberal, metropolitan party that has moved on culturally from many of its more conservative working-class voters in the UK’s rust belt. The power of unions is not what it was, and the urban liberal versus rural conservative divide is as important in UK politics as it is in America.

The Democratic Party has seemed to undergo a similar shift — a factor seized upon by conservatives when Hillary Clinton blasted Trump’s supporters as “deplorables” in 2016.

This has occurred as Trump has refashioned the GOP’s country club image and worked to corral working-class voters disillusioned with conventional politics and economic policies that they believe left them behind.

It’s ironic that it took a billionaire from Manhattan with his name splashed across his private jet and an Eton-educated toff to find a new political language to attract working class voters.

Did Corbyn go too far left?

The themes of the political post-mortem among progressives in Britain after Johnson’s rout will be familiar to anyone following the Democratic presidential race.

The former vice president leaped on the comparison at a fundraiser on Thursday night as the UK results rolled in.

“Boris Johnson is winning in a walk,” Biden said, predicting headlines reading, “Look what happens when the Labour Party moves so, so far to the left. It comes up with ideas that are not able to be contained within a rational basis quickly.”

Michael Bloomberg, the billionaire centrist who launched a presidential campaign because he believes the Democrats are too extreme and can’t beat Trump, also jumped on the UK bandwagon.

“Jeremy Corbyn’s catastrophic showing in the U.K. is a clear warning: We need a Democratic nominee who can defeat Donald Trump by running a campaign that appeals to Americans across our divides,” Bloomberg wrote on Twitter Friday.

The Democratic primary has seen pitched debates over issues like expanding the federal government’s role in health care and free college, and squabbles about how ideologically pure the party should be.

A similar debate has been going on for years since Corbyn took over the Labour Party. He reversed former multiple-election-winning Prime Minister Tony Blair’s modernization project.

A cultural as well as political shift

There are often similarities between US and UK politics. After all, these are two great Western democracies that are prone to similar economic, cultural and demographic forces and issues.

And on Thursday, Britons chose to stick with a blond-haired, thin-on-details, populist-style leader with a complicated relationship with the truth and open contempt for the press.

Trump certainly took inspiration for his own fortunes after Johnson secured the biggest Conservative majority since Thatcher’s second reelection race in 1987.

“It might be a harbinger of what’s to come in our country. It was last time,” Trump told reporters at the White House on Friday.

Will Britain lead the way for Trump again?

Britain’s surprising referendum vote to leave the European Union in 2016 foreshadowed Trump’s victory later that year and was based on some similar populist, anti-establishment trends — though Trump’s repeated claims that he predicted the result are a flight of fancy.

Still, Conservatives’ win — and the Democratic presidential race and omens for Trump’s reelection — are not a perfect comparison for the primary race of the 2020 US election.

Corbyn was a historically radical figure. He would have been the most left-wing Prime Minister in British history. His platform of huge public spending and nationalizing utilities and the railways is far more ambitious than any Sanders is planning, for instance. That’s notwithstanding the Vermont senator’s vow to forge a “revolution” and plans for single-payer health care. Trump’s complaints that Sanders is a radical socialist might be more accurate if addressed to Corbyn.

And Corbyn’s problems were not just political.

His personality and history of association with radical and extremist global political groups like the IRA and Hamas left many traditional Labour voters uneasy. Critics saw him, at best, in denial about a row over anti-Semitism in the Labour Party. And party activists reported that Corbyn was a problem constantly raised by voters during canvassing.

It’s unlikely that whoever emerges as the Democratic nominee will advocate values quite so antithetical to millions of voters.

Britain’s vote was also overlaid by complications over Brexit that make it difficult to draw direct lines with the US.

Corbyn had a muddled position on the issue that did not appeal to core Labour voters who wanted out. Johnson campaigned on a simple phrase — “Get Brexit Done” — that recalled the clarity of Trump’s “Make America Great Again” mantra. His challenge in the next few years will be to lock in voters who supported him over Brexit who have a generational suspicion of the Conservative Party and might return to Labour if it returns to a more moderate path.

Trump is seeking to do exactly the same thing in his reelection race in 2020 in midwestern swing states. And the President has been careful not to replicate one of the Labour Party’s mistakes: His entire presidency — with its riotous rallies and careful appeals to the base on issues like abortion and gun control — sometimes seems like an attempt to stress his cultural affinity with the people who put him in power.

Where Trump and Johnson differ

But while Trump frequently praises Johnson and both are seen as populists of the same mold, the comparisons can be overdrawn.

Johnson and Trump do share deep suspicion of the European Union. And their populism and the revolt against the establishment does seem motivated by political expediency.

Trump, in his years as a flamboyant real estate magnate and tabloid target, was often snubbed by Manhattan’s social and political elites. But Johnson is hardly an outsider. He was educated at the elite Eton private school and comes from a social class that still regards itself as born to rule. While Trump seems dedicated to tearing down the social and political order, Johnson, whose hero is Winston Churchill, is simply clambering back to his ordained place in its upper echelons.

And the British Prime Minister is — Brexit apart — an utterly conventional figure. He’s less radical than Thatcher in his conservatism. And from his belief in climate change to his position on the Iran nuclear deal, he’s far closer to European leaders than Trump.

He’s vowing to pour billions of British pounds into the country’s state-run national health service — a position that puts him closer to Sanders and Warren than to Trump.

And Britain’s Labour Party is generally to the left of the Democrats — its radical wings are far closer to authentic socialism than Sanders’ proposals. And the balance of power of the Conservative Party, which, while radicalized over Europe, is to the left of the GOP’s ideology on social issues.

So while there are clear comparisons and lessons to be drawn from the UK election result as the US looks towards 2020, the most important one might be this: every country and every election is unique. 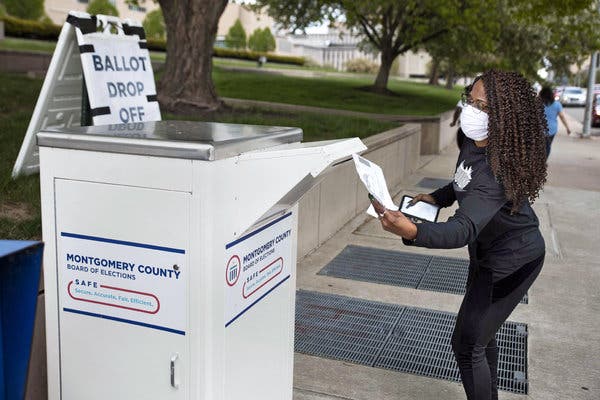