RICHMOND — Gun policy is the top issue for Virginia voters just one month before pivotal elections that will determine control of the state legislature, according to a Washington Post-Schar School poll.

That could be a positive sign for Democrats, who have seized on gun control in the months since a gunman killed 12 people at a Virginia Beach municipal building on May 31. Three out of four voters rate gun policy as a “very important” issue in casting their ballots, and majorities support proposals pitched by the Democrats, including statewide bans on assault weapons and high-capacity ammunition clips as well as limiting gun purchases to one a month.

[Read full poll results and how the poll was conducted]

That signals that both sides of the gun control debate are energized for the Nov. 5 elections, when all 140 seats in the General Assembly are on the ballot. Republicans are defending thin majorities of 51 to 48 in the House of Delegates and 20 to 19 in the Senate, with one vacancy in each chamber.

Like the majority of Virginians, Steve Hunter supports certain gun-control measures. He thinks taking guns away from people deemed a danger is a good idea. He not only supports background checks for all gun purchases but would like to see checks expanded to include social media posts that might offer insight into the person’s state of mind.

But the retired Philip Morris employee who lives in rural Prince George County intends to vote for Republicans, even though GOP leaders have quashed such bills. He fears Democrats would move on to measures he considers extreme.

In the aftermath of the Virginia Beach shooting, Gov. Ralph Northam (D) convened a special legislative session to take up gun control, but Republicans shut it down without considering a single bill. They referred the legislation to a commission for study. That elevated guns even higher as a campaign issue, with Democrats pledging action if they win the majority and Republicans warning gun supporters about the same.

National gun-control groups have given millions to Democrats — one group alone, Everytown for Gun Safety Action Fund, pledged $2.5 million — while the National Rifle Association gave $200,000 to Republicans, the largest single donation it has ever made in Virginia.

The Post-Schar School poll finds that less than half of Virginia voters are paying close attention to the campaigns. Overall, Virginia registered voters narrowly prefer Democrats over Republicans, 49 percent to 42 percent. That edge widens slightly among those who say they are certain to vote, who prefer Democrats 52 percent to 41 percent.

Democrats’ overall advantage suggests the statewide mood continues to favor them, but control of those chambers will ultimately be decided in a handful of competitive state House and Senate races.

Many Virginians seem to have shrugged off the scandals that engulfed the state’s top Democrats earlier this year, when Northam and Attorney General Mark R. Herring admitted to blackface incidents in the 1980s and Lt. Gov. Justin Fairfax denied claims by two women that he sexually assaulted them in the early 2000s. Northam’s approval rating stands at 47 percent, with 29 percent disapproving. Almost a quarter of Virginians have no opinion on his job performance.

That’s a marked improvement from Northam’s numbers in February shortly after the scandals broke, when another Washington Post-Schar School poll found voters split about evenly, with 43 percent approving and 44 percent disapproving.

While not devastating to his party, Northam is clearly somewhat of a drag on the Democrats. A 55 percent majority of Virginians say they are bothered by his handling of the scandal or the blackface incident itself, in which he first took responsibility for a racist photo on his 1984 medical school yearbook page, then denied being involved but admitted to darkening his face for a dance contest later that year.

Nearly 3 in 10 Virginia voters say their view of Northam is “very important” to their vote, and Republicans lead by 14 percentage points among those voters.

President Trump is an even bigger factor, however, cited as “very important” to their vote by 51 percent. That is up from 38 percent who said he was an important motivator in 2017, when anti-Trump Democrats and independents turned out in massive numbers and flipped a record number of Republican seats in the House of Delegates.

Trump’s approval rating among Virginia residents is at 39 percent, with 58 percent disapproving of his job performance. But voters who say Trump is highly important in their vote split nearly evenly between supporting Democratic and Republican candidates for the state legislature, 48 percent to 45 percent.

In an “off-off” year election with no statewide or federal races atop the ticket, turnout is traditionally very low. But the poll finds that nearly 6 in 10 registered voters say they are certain to vote, which is on par with interest in Virginia’s 2017 gubernatorial election two years ago, when turnout was 48 percent.

[Virginia’s “off-off” year elections were sleepy. And then came Trump.]

History suggests turnout is unlikely to reach that level, but the poll hints that it could be significantly higher than in the last off-off year election in 2015, when 29 percent of registered voters went to the polls, according to the Virginia Department of Elections.

“Turnout is the key factor,” said Mark Rozell, dean of the Schar School of Policy and Government at George Mason University. “So many things seem to be pointing in a Democratic direction, but . . . Republicans have always done a little bit better in these off-off year elections in getting their voters to show up.”

The distraction of the national presidential campaigns and ongoing drama in Washington threatens to divert energy and attention from local races for politics-weary Virginians, he said.

Legislative races are particularly hard to predict because factors are so different in various regions of the state. Democrats lead by a wide margin of 42 points in the inner D.C. suburbs, but in the more competitive Northern Virginia exurbs, Republicans are up by 12 percentage points. Democrats fare well in the Tidewater region, while Republicans have small edges in central/western Virginia and the Richmond/eastern parts of the state.

The issue of abortion, which Republicans had hoped would work in their favor this year after an uproar over a late-term abortion bill brought by Democrats in the last General Assembly session, appears to have gained little traction. Fewer than half of Virginia voters — 46 percent — say the issue is very important in casting their vote, and that group splits almost evenly between favoring Democrats and Republicans.

Education comes in just after guns as a top concern for voters, with 70 percent saying it is very important, followed by health care at 66 percent and the economy at 63 percent.

Democrats lead by more than 20 percentage points among voters focused on education and health care. Voters focused on other issues split roughly even in their partisan support for Virginia’s legislature.

The poll suggests gun policy is a more prominent issue for Virginia voters this year than it was in last year’s U.S. Senate race. In 2018, according to a survey of Virginia voters by the Associated Press and Fox News, 9 percent of Virginia voters said “gun policy” was the most important issue facing the country. That ranked below health care (27 percent), immigration (22 percent), and the economy and jobs (19 percent). It also ranked about even with the environment (8 percent) and foreign policy (6 percent). Among the 9 percent who said gun policy was the most important issue, almost 9 in 10 voted to reelect Sen. Tim Kaine (D-Va.).

The Post-Schar School poll shows gun ownership is a persistently sharp dividing line. Nearly half of Virginians live in households with a gun, and this group favors Republicans by 16 points over Democrats in elections this fall. Democrats lead by 43 points among voters that have no guns in their household.

“I have a couple of guns myself, but I don’t think that anybody needs an assault weapon,” said Linda Leidy, 62, a retired social worker who lives near Williamsburg and plans to vote for Democrats in November. She supports universal background checks, limits on magazine size and a ban on assault weapons.

Leidy noted the two-year anniversary of a shooting that left 58 people dead after a music festival on the Las Vegas Strip, in which the shooter had 23 assault-style weapons. “Those people didn’t have a chance,” she said.

Overall, 58 percent of Virginia adults favor stricter gun laws in the state. That is roughly similar to the share of Virginians who favored stricter gun control laws in Post polls from 2007-2016.

There is broad support among Virginians for expanded background checks (88 percent) and “red flag” laws (82 percent) that allow authorities to temporarily seize weapons from someone who has been deemed a threat.

Scott Smith, an insurance agent and gun owner who lives in a rural area on the outskirts of Spotsylvania, has mixed feelings about gun policy. He opposes a ban on assault weapons, but he supports expanded background checks, a red flag law and a reinstatement of a one-per-month cap on handgun purchases.

“I would like to see somebody do something, but then again, I don’t want to see them overreach,” said Smith, 65, a political independent who said he hasn’t decided how he’ll vote.

The Washington Post-Schar School poll was conducted Sept. 25-30 among a random sample of 876 Virginia adults, including 55 percent reached on cellphones and 45 percent on landlines. The margin of sampling error is plus or minus five percentage points for the overall sample as well as for the sample of 814 registered voters.

Emily Guskin contributed to this report. 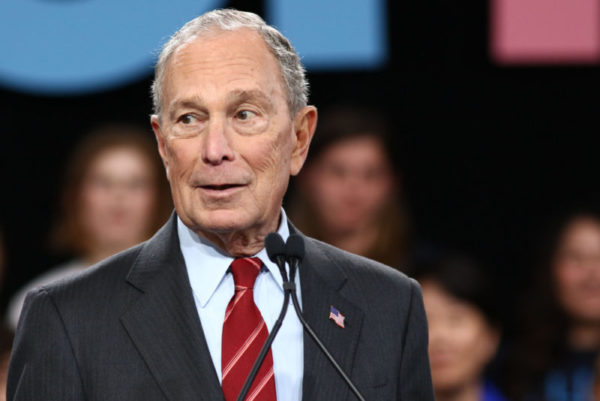 Why we should care about local politics – The Daily Princetonian 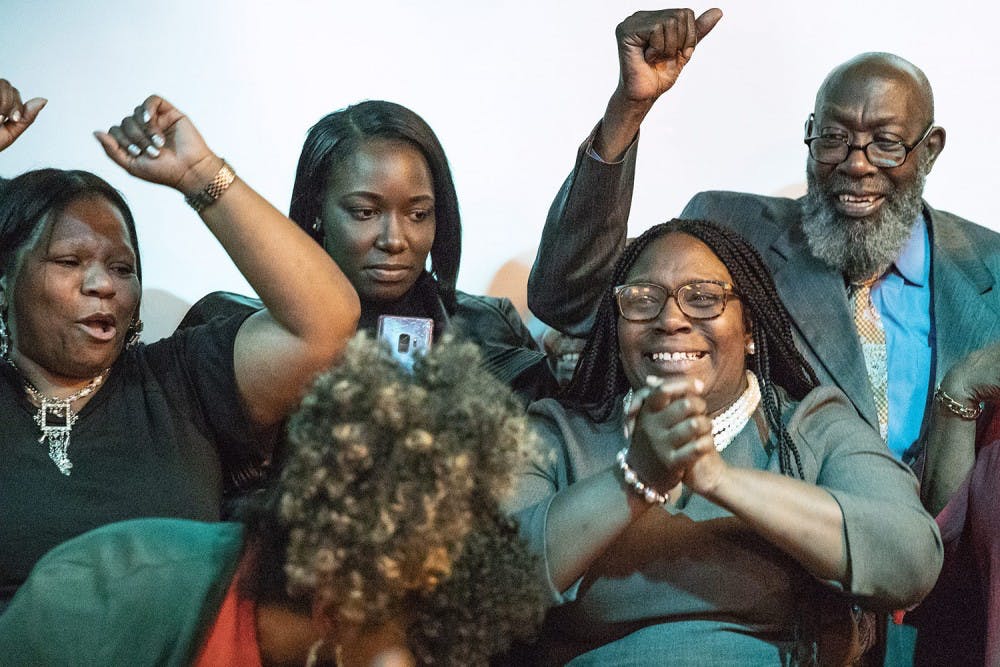