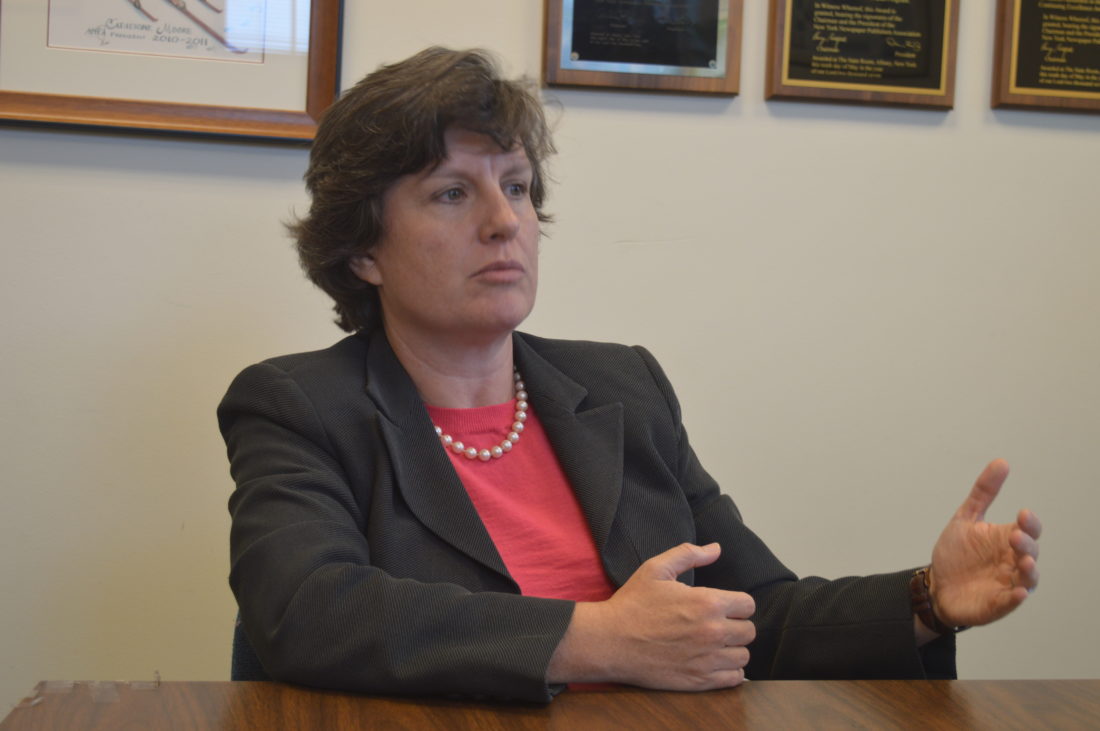 ALBANY — A new state law requiring political parties to offer a presidential candidate and garner nearly three times as many votes than previously needed to maintain their statewide ballot line is facing a legal challenge by the newest political party.

The Serve America Movement (SAM) Party, which gained state ballot access in the 2018 gubernatorial race with former Syracuse Mayor Stephanie Miner garnering more than 50,000 votes, is suing Gov. Andrew M. Cuomo, state legislators and the state Board of Elections alleging that the requirements are unconstitutional.

The law requires all state political parties to run a candidate for this year’s presidential election and receive 2% of the total vote or 130,000 votes — whichever is greater — in order to say on the ballot. Previously, if a minor party’s candidate for governor received 50,000 votes, it would retain ballot status and thus hold significantly more influence.

“Everything about this effort to suppress political competition, including how it was enacted, represents how the current two-party system wields its power to rig the system in its favor,” Michael Volpe, state SAM Party chairman and 2018 candidate for lieutenant governor, said in a statement. “With the imposition of this requirement, New Yorkers are denied the ability to choose candidates who are willing to be held accountable for their actions, candidates who oppose party power politics and demand transparency in all decisions, and candidates who at all times require that decisions be made based on the needs of citizens and not the needs of party bosses.”

This is the third lawsuit filed by minor parties over the changes. The Conservative and Working Families parties filed separate lawsuits last summer challenging the authority of a public commission that recommended the changes. The Libertarian and Green parties are also considering suing the state.

The SAM Party complaint, filed in U.S. District Court in Manhattan on Tuesday, alleges that forcing the minor party to nominate a presidential candidate or otherwise lose party status is a “severe burden” and violates the First and Fourteenth amendments allowing citizens to create and develop new political parties.

It also violates the minor party’s right to select candidates who best represent its ideology and preferences, the complaint alleges.

“The Constitution forbids a state from compelling a political party to participate in a national election and address nationwide issues in order to speak to statewide issues,” the complaint states.

The ballot-access changes were part of an overhaul on campaign finance rules established by a nine-member commission appointed by Cuomo and legislative leaders last year. Reforms also included a public matching funds program and lowered contribution caps, but the commission’s third party threshold discussions were seen by critics as Cuomo’s attempt to kill the Working Families Party for supporting his primary opponent in 2018.

The changes became law late last year without debate from the Legislature.

The federal complaint alleges that process circumvented the separation of powers doctrine and violated the state Constitution. The power to legislate, it argues, resides with the Legislature and the power to veto lies with the governor.

The lawsuit emphasizes that the third party’s challenge centers on the threshold criteria and not the campaign finance reforms that were made.

“We’ll fight this effort by Gov. Cuomo and his handpicked commission with everything we have,” Volpe said. “It threatens the very existence of challenges to the status quo and efforts to better represent the interests of all New Yorkers. It’s undemocratic, unconstitutional, unfair and has been cooked up solely to serve the interests of those who control our broken political system.”

Justin Amash, a Trump Critic on the Right, Leaves the G.O.P. – The New York Times

The Money Farmers: How Oligarchs and Populists Milk the E.U. for Millions – The New York Times