Hi. Welcome to On Politics, your guide to the day in national politics. I’m Lisa Lerer, your host, along with my colleague Elizabeth Dias, our religion reporter.

If you saw “On Politics A.M.” this morning or the front page of Monday’s newspaper, you probably saw our big project taking stock of the abortion rights movement. The story was the culmination of three months of reporting by Elizabeth Dias and me that included a lovely road trip down I-20.

Because I cannot seem to stop working with Ms. Dias, I roped her into writing the newsletter with me today. Our central idea: Abortion is like no other issue in American political life, planted at the intersection of health care, culture, science and morality. And, right now, abortion rights are under attack like never before.

Democrats say public opinion still sides with abortion rights. They cite recent electoral victories, big fund-raising numbers and the energy of “pussy hat”-wearing protesters. Yet, over the past year, state after state has passed new restrictions, making it harder to get an abortion in some places than at any point since Roe v. Wade legalized the procedure in 1973.

By many indications, the left is losing this fight. The advances of the right have been well documented. So our story focused on recent missteps and miscalculations made by abortion rights groups.

But most of the reaction to the story today centered not on the financial and cultural challenges within the movement, but on what everyone is focused on these days: 2020 politics.

On Twitter and in our inboxes, national abortion rights organizations argued that we had understated their political strength and popular support heading into a big election year.

The reality is that when it comes to abortion politics, we are moving through uncharted waters.

In 2016, Hillary Clinton dispensed with her party’s long-held line that abortion should be “safe, legal and rare.” Donald J. Trump, who once described himself as “very pro-choice,” leveraged Mrs. Clinton’s position to motivate socially conservative voters.

Two years later, the confirmation of Justice Brett Kavanaugh to the Supreme Court helped Republicans hold the Senate in the midterm elections. Now, Mr. Trump is seen as one of the most effective anti-abortion presidents in history, with social conservatives firmly in his camp.

Over the same period, Democrats used support for abortion rights as part of a platform to motivate energized, anti-Trump suburban voters, taking control of the House in 2018 and flipping seats in local elections last month.

Those state and local victories have led abortion rights advocates to argue that they’re winning the electoral fight. Take what Alexis McGill Johnson, the head of Planned Parenthood, tweeted in response to our story today.

But some moderate Democrats — and certainly Republicans — say the party and national abortion rights groups have moved past public opinion. That’s the view we frequently heard from voters, independent clinic owners and local activists in our reporting from swing states.

In Georgia, Eugenia Johnson, who was attending a conference for millennial, African-American church leaders last summer, said she supported abortion rights but wished Planned Parenthood would move away from what she said was a simplistic message.

“To get the buy-in of faith-based believers, they could acknowledge that abortion is a traumatic experience for some women, sometimes they regret it,” Ms. Johnson said. “So they don’t seem so left-sided.”

Polling shows how these conflicting political instincts play out more broadly. We know that a large majority of Americans support Roe, but how they feel about the specifics — like how late, exactly, a pregnancy should be allowed to be legally terminated — remains murky. A lot depends on how the questions are asked.

The only real political certainty? Both sides will spend more money than ever on this fight.

But, as with most political battles, the fight often hinges on what cannot be controlled — even by piles of money.

Remember Justice Antonin Scalia’s sudden death in February 2016, shortly after the Iowa caucuses? That winter surprise likely did more to mobilize conservative voters the next fall than any ad, outreach campaign or digital messaging could ever hope to accomplish.

Looking back, it was a sign of things to come. In 2016, Donald J. Trump’s campaign took the virtually unheard-of step of yanking the press credentials of journalists from major news outlets, including The Washington Post, BuzzFeed News, Politico and HuffPost. The reporters were barred from attending Trump rallies, apparently as retaliation for coverage the candidate deemed unfavorable.

Press defenders made some noise at the time, but Mr. Trump’s moves were mostly drowned out by the campaign noise. Then came “CNN sucks,” “opposition party,” “enemy of the people” and Sean Spicer as the White House press secretary. Jim Acosta of CNN had his White House credentials pulled. All the while, Mr. Trump kept up a steady drumbeat of demonizing the journalists who cover him.

So when the Trump 2020 campaign on Monday declared it was barring Bloomberg News journalists from covering its events, it felt like more of the same. The idea of a major party nominee blackballing a major national news outlet was unthinkable not too long ago, but not anymore.

In this case, though, it’s complicated. Michael R. Bloomberg, who owns the news organization, is now running for president. So Bloomberg News has decided not to investigate him — or any of his Democratic rivals. The president, however, remains fair game, a disparity that the Trump campaign calls biased. “It’s not O.K.!” Mr. Trump tweeted on Monday.

Some journalists at Bloomberg aren’t pleased with the state of affairs, either, given that the Democratic primary is the biggest political story in the country. But the unilateral ban is likely to spur some solidarity. Mr. Bloomberg’s inner circle, meanwhile, took it mostly in stride. “One week in and Mike is already under Trump’s skin,” Howard Wolfson, one of the billionaire’s top political aides, wrote on Twitter.

An unauthorized biography of Melania Trump? I am so here for this.

“Mrs. Trump also has a ‘glam room,’ where she does her hair and makeup, and a private gym with a Pilates machine.”

Please send tips on getting a “glam room” installed into a small townhouse, ASAP. Asking for a friend.

Were you forwarded this newsletter? Subscribe here to get it delivered to your inbox. 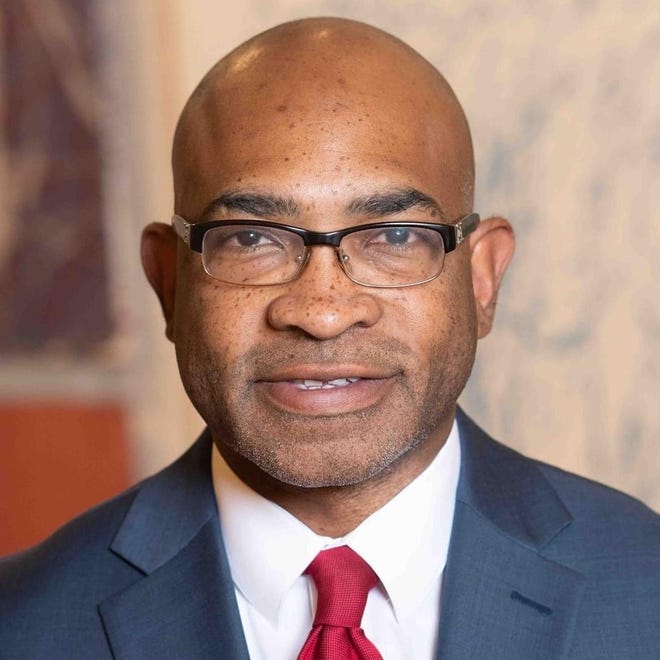 Larry Summers Is Right. Those Targeted For Tax Hikes Could Respond By Increasing Their Political Spending, As Is Now On Display In Seattle. – Forbes