Florida’s political geography: Why races in this swing state are always so close – The Washington Post 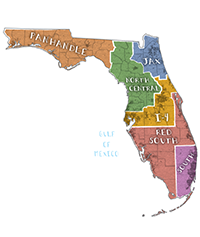 Fourth in a series on swing states

There is one constant in Florida politics: Its elections will be close. Slightly more than 15 million people lived in the state in 2000, when Florida’s votes decided the presidential election. Close to 22 million people will live in the state by November, and they’ve come from everywhere — retirees from the Midwest, tax exiles from the Northeast, Puerto Ricans settling down in Orlando.

When they arrive, Floridians settle into one of 10 media markets covering very different political cultures. None of it has altered the competitiveness of the state. Blue Florida has gotten bluer, with suburbanites moving away from the GOP; red Florida has gotten redder, with conservative Democrats who stayed with the party for decades finally making the switch. 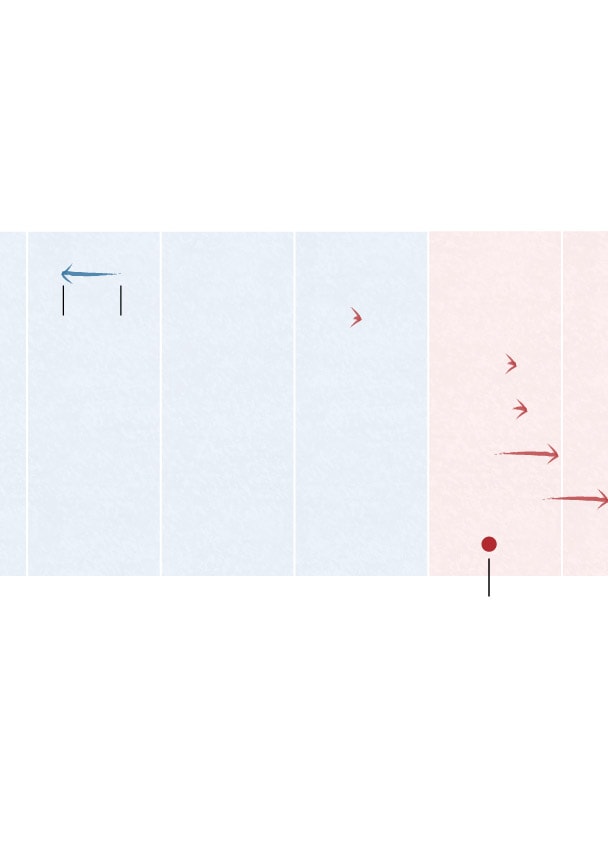 Clinton greatly outperformed Obama in the South. But Trump made gains everywhere else. 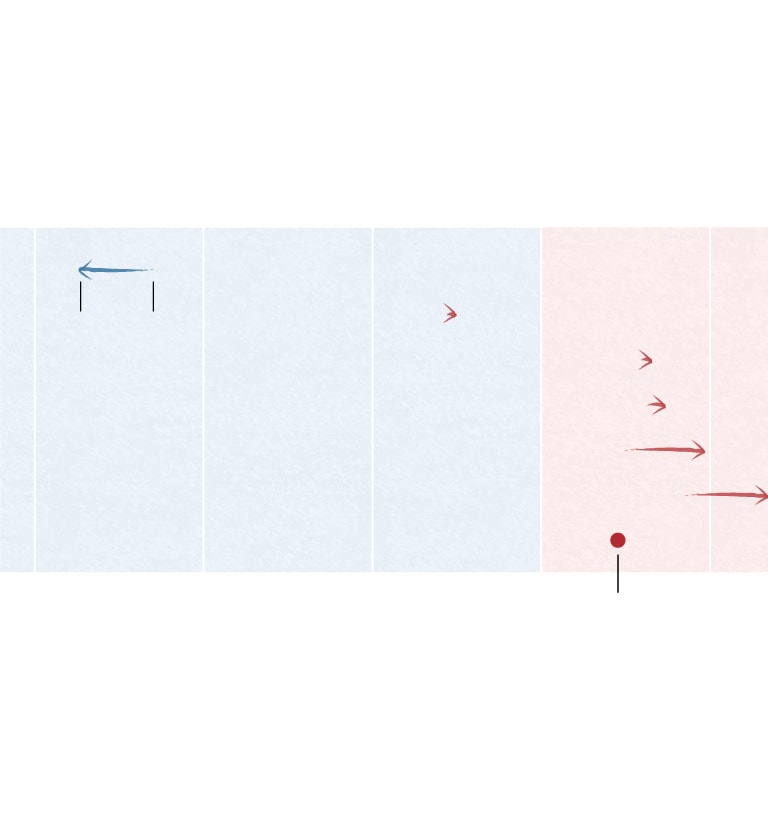 Clinton outperformed Obama by a large margin in the South. But Trump made gains everywhere else. 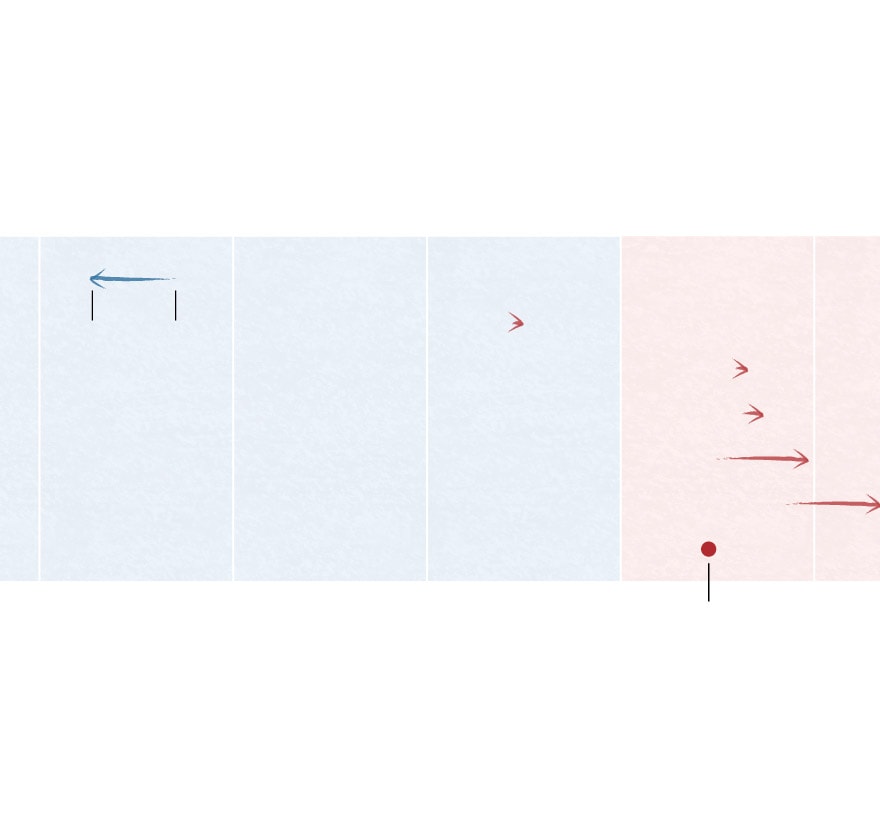 Clinton outperformed Obama by a large margin in the South. But Trump made gains everywhere else.

In that mix are hundreds of thousands of potential voters who have not yet registered, or whose voting rights are locked up in a courtroom. Nearly 10 million votes were cast in the 2016 election, and the path to victory — 5 million votes or so — could be paved by converting voters and by adding new ones to the rolls. President Trump did both in 2016, adding 454,439 votes to Mitt Romney’s 2012 total.

Unlike she did in the Midwest, Hillary Clinton actually improved on Barack Obama’s numbers here, by 341,528 votes. But Trump simply outran her by picking up new white voters, dynamiting Democratic hopes that the diverse state would be hostile to him. Four years later, Trump has turned Mar-a-Lago into a privately profitable “southern White House,” and the boat parades in the state’s reddest areas are touted by his campaign as sign that the media is lying about his strength.

Florida’s many media markets can drain more cash than any other swing state. Most of the state’s electorate lives in just four of those markets — South Florida around Miami and Fort Lauderdale, the Orlando area, the Tampa Bay area, and the Jacksonville area, which almost hosted the Republican National Convention. But the power of Trump’s 2016 campaign was in turning out new voters in places such as Fort Myers, Naples and Melbourne, Republican-friendly areas where Clinton was toxic.

A question for Trump this year: How many more votes can he find? Republicans have added 314,941 new voters to the party’s rolls since November 2016. Democrats added just 227,961 new voters, with their registration drive taking a pandemic-driven hit for a longer period of time than the GOP’s. Even a marked improvement for Democrats with Black turnout or suburban white voters could be outpaced by turnout from white voters without college degrees — if the GOP can find them.

To make sense of this, and why very different vote patterns have led to such similarly narrow results, we’ve divided Florida into six political “states.” The biggest cities in Florida have, as in other states, become even friendlier to Democrats — something you can see from South Florida to the Interstate 4 corridor to Jacksonville. But there are reliably red cities, suburbs and rural counties growing just as fast, and they’re more comfortable with Trump than they’ve been with any Republican nominee.

This is the fourth in a series breaking down the key swing states of 2020, showing how electoral trends played out over the past few years and where the shift in votes really mattered. 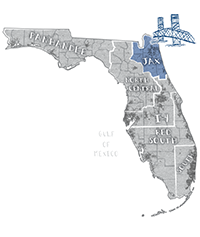 For a few weeks this summer, Florida’s biggest city was set to host the Republican National Convention. That could have been a boon to Jacksonville, which constitutes most of Duval County and has miles of beaches that don’t ever counteract the jokes people make about the city. It’s one of the biggest urban areas in America with a Republican mayor, but Democrats have begun to carry Duval County in close statewide races.

The rest of the region runs deep red, with some pockets of Democratic strength in cities, such as St. Augustine. Trump ran behind Romney in that area, part of St. Johns County, but he added votes in rural areas farther from Jacksonville, which the party has cultivated ever since. 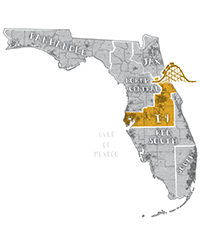 Florida’s fastest growth for years has happened along this coast-to-coast belt of cities and suburbs. It became the bellwether in presidential elections, as the middle-class suburban vote that lifted George W. Bush broke for Obama. Early on election night 2016, Clinton’s strength in Tampa’s Hillsborough County and Orlando’s Orange County lifted her to an early lead over Trump.

But Trump didn’t need to win the I-4 corridor. Orange County is now one of the state’s deep blue strongholds, breaking for Clinton by 25 points and repeating that performance for Democrats in the midterms. The Tampa Bay counties of Hillsborough and Pinellas also break for Democrats in close races and have added tens of thousands of new voters since 2016.

One part of the region has gotten redder: Volusia County. Carried by Democrats from 2000 through 2008, it has flipped as Daytona Beach and its surrounding towns move to the right; in 2018, its local congressman Ron DeSantis got elected governor, despite losing the rest of the I-4 corridor handily. In November, Trump could lose Florida’s most famous swing region by 200,000 votes but still hold on to the state. 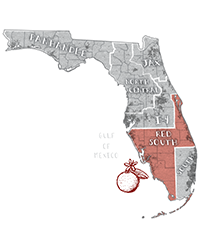 The Republican heartland of Florida also spreads from the Atlantic coast to the Gulf, covering some of the same media markets as the I-4 corridor. It just doesn’t vote the same way. The towns that run from Manatee County to the Keys are whiter and generally wealthier than the rest of the state; Sen. Rick Scott launched his political career from a multimillion-dollar home in Naples that includes its own boathouse.

Some of the cities closest to Tampa Bay got more Democratic in 2016 and 2018. The rest of the region got more Republican. Brevard County, the heart of the “space coast,” gave Trump a 19-point margin, the best for any Republican candidate since 1988. The president personally attended the SpaceX launch in Cape Canaveral this year and has occasionally talked up long-term plans for space exploration after an austere approach to this in the Bush and Obama years. 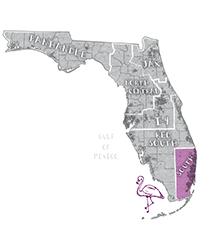 Florida Democrats have grown more and more dominant in the megacity that runs from Palm Beach in the north to the Florida Keys in the south. Clinton set a record for the party’s turnout and win margin in presidential elections, winning the region by a nearly 2-to-1 margin — enough to keep the statewide race razor-thin. Even Cuban Americans, a bulwark of Republican support in the region, were up for grabs.

Democrats now need a landslide in South Florida to win the state, as Andrew Gillum learned in his 2018 gubernatorial loss. He netted 167,377 votes from Miami-Dade County; Hillary Clinton had won the county by a 290,147-vote margin. What happened? Ron DeSantis picked a Cuban American running mate, Jeanette Núñez, and drilled Gillum over his alliance with Bernie Sanders and the Dream Defenders, a left-wing Black Lives Matter offshoot that the Republicans linked to socialism and boycotts of Israel.

That blew a hole in a coalition that otherwise came close to winning the state. South Florida Democrats had been nervous about Sanders, fearful that his embrace of democratic socialism and measured praise for Cuban communism would make the party toxic in the Miami area. Tellingly, while Sanders won Latino voters in most primaries, he was flattened in South Florida. Since winning the nomination, Joe Biden has run ads in the Miami market — and only the Miami market — that are narrated in Spanish and compares the president to Central American dictators. 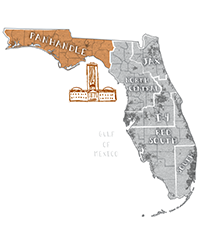 Lightly populated and deeply conservative, the Panhandle starts where Alabama ends and tapers out east of Tallahassee. Florida’s capital city sits in Leon County; that and neighboring majority-Black Gadsden County are now the only parts of the Panhandle that reliably vote for Democrats.

The rest of the region gets redder in every election; even former senator Bill Nelson’s resilience here came apart in his final race two years ago. But Democrats expect to lose the Panhandle and make up those losses in the rest of the state. They would need to; Republicans have registered tens of thousands of new voters here while losing a little ground to Democrats in Leon County. It didn’t help Democrats when former Tallahassee mayor Andrew Gillum, the party’s 2018 nominee for governor, abandoned a voter registration campaign to deal with personal problems, stopping an ambitious plan to add 1 million Florida Democrats to the rolls. 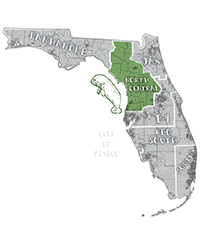 Trump’s 2016 strength in Republican South Florida was a return to the party’s usual performance, comparable to the margins George W. Bush won there. The stretch of Florida from the Georgia border to Tampa Bay was something else. Here, Trump created a Republican fortress, converting white voters who had held fast to the Democratic Party for a century.

In just one place, Gainesville’s Alachua County, did Clinton do better than recent Democratic nominees. The University of Florida and its suburbs moved to the left as most similar areas did after 2016. The rest of the region was a Trump rout, with the nominee putting up some of the most lopsided numbers of any Republican candidate for president. (Trump’s 21-point landslide in Pasco County was just a hair off the margin in Ronald Reagan’s landslide 1984 reelection.)

Much of this came down to Republican growth along the Gulf Coast and the continued migration toward the GOP by white voters without college degrees. In Sumter County, home to the Villages retirement community, Trump gained 12,000 votes over Romney; Clinton improved on Obama by 3,000 votes. Clinton also added votes in Manatee and Sarasota counties, conservative suburbs around Tampa Bay that have seen a little of the movement of other states’ exurbs.