The alleged scheme included plans to overthrow several state governments that the suspects “believe are violating the US Constitution,” including the government of Michigan and Whitmer, according to a federal criminal complaint.

Six people were charged federally with conspiracy to kidnap, and seven other people, associated with the militia group “Wolverine Watchmen,” were charged by the state, Michigan Attorney General Dana Nessel announced.

“The individuals in (state) custody are suspected to have attempted to identify the home addresses of law enforcement officers in order to target them, made threats of violence intended to instigate a civil war, and engaged in planning and training for an operation to attack the capitol building of Michigan and to kidnap government officials, including the governor of Michigan,” Nessel said at a press conference.

The arrests are likely to draw additional attention to the political tensions roiling the nation in the closing weeks of the 2020 election season, and underline warnings from law enforcement officials, members of Congress and groups that track extremism about the increasing threat of extremist and far-right groups. Whitmer at times has been the focus of extreme vitriol from far-right groups over her handling of the coronavirus pandemic.

In an interview on CNN’s “Erin Burnett OutFront” on Thursday night, Whitmer thanked law enforcement for making the arrests.

“This is unlike anything we have seen before. The brave men and women of these two police organizations put their lives on the line to keep me and my family safe,” she said. “I’m incredibly grateful and humbled by the work they do.”

In televised remarks Thursday afternoon, Whitmer said she “knew this job would be hard, but I’ll be honest, I never could’ve imagined anything like this.” She specifically blamed President Donald Trump, who has repeatedly declined to condemn far-right groups.

“Just last week, the President of the United States stood before the American people and refused to condemn white supremacists and hate groups like these two Michigan militia groups,” she said. “‘Stand back and stand by,’ he told them. ‘Stand back and stand by.’ Hate groups heard the President’s words not as a rebuke, but as a rallying cry, as a call to action. When our leaders speak, their words matter. They carry weight.”

“President Trump has continually condemned white supremacists and all forms of hate,” McEnany said in a statement to CNN. “Governor Whitmer is sowing division by making these outlandish allegations. America stands united against hate and in support of our federal law enforcement who stopped this plot.”

Extremists, a confidential informant and a trap door

The FBI became aware of the scheme, first reported by The Detroit News, in early 2020 through a social media group of individuals, according to the federal criminal complaint.

Court documents say the FBI planted a confidential informant to travel to Dublin, Ohio, on June 6 for a meeting with Croft, Fox and about 13 others.

“They discussed different ways of achieving this goal from peaceful endeavors to violent actions … Several members talked about murdering ‘tyrants’ or ‘taking’ a sitting governor,” according to the complaint.

At one point during the meeting, the group discussed increasing their members and Fox reached out to a “Michigan-based militia group,” according to the complaint.

By June 14, a second confidential informant confirmed that Fox was introduced to the leader of the group and they met in Grand Rapids, Michigan. The informant audio-recorded conversations with Fox in which he allegedly said he needed “200 men” to storm the Capitol building in Lansing and take hostages, including Whitmer, according to the criminal complaint.

CNN has obtained the mugshots for five of the six suspects indicted by federal officials for plotting to kidnap the Governor of Michigan. They were held at the Kent County jail facilities prior to their arraignment. Top row left to right: Adam Fox, Ty Garbin, Kaleb Franks. Bottom row left to right: Daniel Harris, Brandon Caserta.

Fox allegedly explained they would try the governor of Michigan for “treason” and he said they would execute the plan before the November 2020 elections.

On June 20, Fox, Garbin and others met at Fox’s business in Grand Rapids where attendees met in the basement accessed by a trap door hidden under a rug on the main floor, according to the criminal complaint. Attendees turned over their cell phones, which were brought upstairs to “prevent any monitoring.”

“The attendees discussed plans for assaulting the Michigan State Capitol, countering law enforcement first responders, and using ‘Molotov cocktails’ to destroy police vehicles. The attendees also discussed plans for an additional meeting during the first weekend of July when they also would conduct firearms and tactical training,” according to the criminal complaint.

In a video Fox live-streamed to a private Facebook group that included a confidential informant, he complained about the judicial system and the state of Michigan controlling the opening of gyms.

Fox referred to Whitmer as “this tyrant b****,” adding, “I don’t know, boys, we gotta do something. You guys link with me on our other location system, give me some ideas of what we can do,” according to authorities. The video was preserved by the FBI and a Facebook spokesperson told CNN the company is cooperating with the investigation.

The conspirators conducted surveillance of Whitmer’s vacation home on two occasions in late August and September, the complaint said. Croft and Fox discussed detonating explosive devices to divert police from the vacation home area, according to the FBI.

Earlier this month, Fox confirmed to others in the group that he purchased a taser, which he had previously discussed doing so for use in the kidnapping plot, the court document says. The FBI said Fox, Garbin, Harris and Franks had planned to meet on Tuesday to pay for explosives and swap tactical gear.

Vehicles are seen outside of a Hartland Township mobile home park the FBI searched late Wednesday night and into the morning in connection of a plot to kidnap Michigan Gov. Gretchen Whitmer.

The five federal defendants who are Michigan residents made court appearances on Thursday afternoon and requested court-appointed attorneys. Bond hearings are scheduled for Tuesday.

Croft, who is from Delaware, made an initial appearance in federal court there and remains in custody.

He is expected to be extradited to Michigan after his detention hearing which has not been scheduled, officials said.

Federal resources from across nation participated

Multiple federal resources were surged from across the country to Michigan to conduct the arrests of suspects, according to a federal law enforcement source involved in the investigation.

The arrests were part of a planned effort in concert with state authorities, and not in response to any imminent urgent or dangerous development, the source said. The suspects remained under surveillance while federal authorities crafted arrest plans and moved the necessary resources into the state.

Because of the complexity of the operation and the likelihood the suspects could be armed and dangerous, at least seven FBI field offices around the country, as well as operational divisions from the bureau’s headquarters in Washington, dispatched resources to execute either search or arrests warrants at approximately a dozen sites, the source said. The surge of resources included SWAT agents, technical exploitation personnel and evidence technicians.

A senior US federal law enforcement source told CNN the arrests were not coordinated in advance with the White House.

“We notified the National Security Council after the suspects had been arrested,” the source said. “The Justice Department and FBI routinely advise the White House of foreign national security threats, but this incident was handled by the book and the NSC was only notified after the arrests had taken place.”

Authorities believe several of the suspects arrested in the alleged plot are supporters of the Boogaloo movement, a law enforcement source involved in the investigation told CNN.

The source noted that the domestic terrorism investigation being worked by the FBI has uncovered significant anti-government beliefs among the group members but not widespread racial animus or White supremacist-style ideologies. The connection to the Boogaloo movement was first reported by NBC News.

As CNN has previously reported, the Boogaloos are an emerging incarnation of extremism that seems to defy easy categorization. Boogaloo members appear to hold conflicting ideological views, with some identifying as anarchists and others rejecting formal titles. Some pockets of the group have espoused White supremacy while others reject it.

Whitmer has been the target of multiple death threats in light of her coronavirus response efforts and decision to issue stay-at-home orders. In April, protesters and extremists gathered at the state Capitol for a rally, gridlocking the streets to call for Whitmer to lift her stay-at-home order.

At one point in the spring, armed protesters entered the state capitol, where it is legal to openly carry firearms, and demanded an end to Michigan’s state of emergency.

And Michigan Republican Party Chair Laura Cox noted, “We live in a nation where we settle our political disagreements at the ballot box, not through violence, and any attempt to do otherwise is an attack on our Constitution, our values, and our American way of life.”

“We’re all united standing against anyone who would conspire to cause such hatred and violence. And there is no place for that in American society in any way, shape, or form,” he said on Fox News. “But why Gov. Whitmer would go and start attacking President Trump, this is just — people can see right through it. They can see that Gov. Whitmer is a complete phony and it is just disgusting that she would take a moment of unity to attack the President.”

In response, Whitmer told Burnett that Miller’s statement was emblematic of the Trump White House and campaign.

“You know, the fact that after a plot to kidnap and to kill me, this is what they come out with. They start attacking me, opposed to what good, decent people would do is to check in and say, ‘Are you OK?’ Which is what Joe Biden did,” she said.

This story has been updated with additional reporting and reaction.

CNN’s Donie O’Sullivan and Mallory Simon contributed to this report. 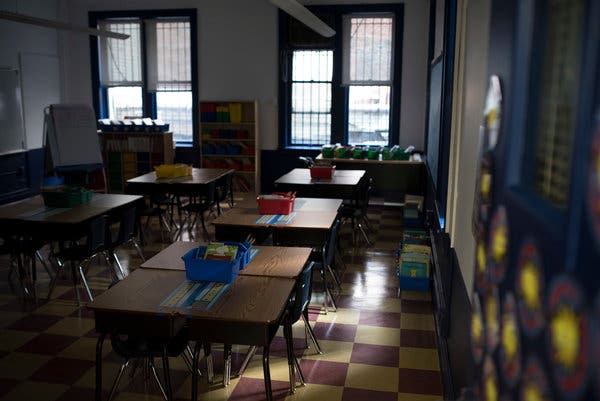