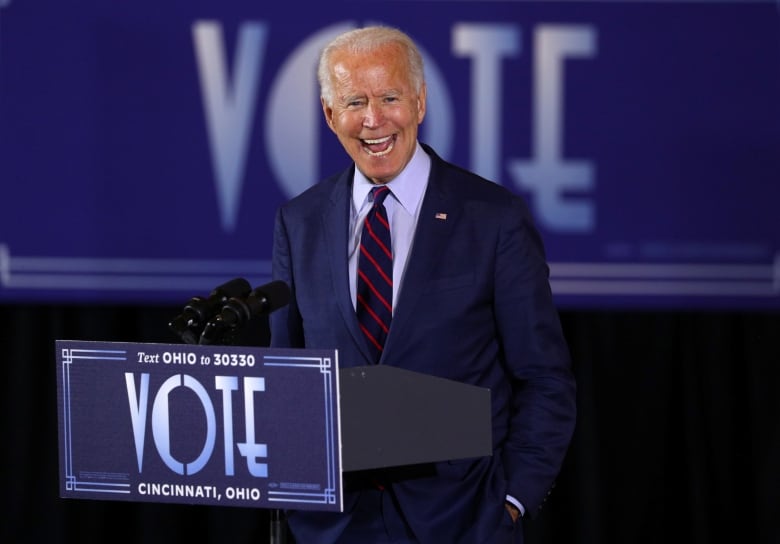 The federal government is preparing for the weeks of uncertainty that might follow a U.S. presidential election day with no clear winner — by drawing up contingency plans for the border and other issues that might erupt between the Nov. 3 vote and inauguration day in January.

Prime Minister Justin Trudeau has signalled already that his government has been monitoring the election more closely in the final weeks of the campaign because of its potential impact on the Canadian economy.

“I think we’re certainly all hoping for a smooth transition or a clear result from the election like many people around the world,” Trudeau told a news conference earlier this month. “If it is less clear, there may be some disruptions and we need to be ready.”

The cabinet committee on global affairs and public security has been preparing for various scenarios: President Donald Trump’s re-election, a victory by Democrat Joe Biden, or a lengthy period of uncertainty coupled with multiple court challenges to decide the outcome.

We can’t rely on the good-neighbour, best-friend status anymore. And that remains regardless of a Trump or a Biden victory.– Sen. Peter Boehm

A government official (who asked not to be identified because the person is not authorized to speak publicly on the plans) said the cabinet committee is worried about security at the border, the prospect of even higher COVID infection rates in the U.S. and the possibility of Trump taking harder lines on international issues that could affect Canada.

Trump has refused on a number of occasions to say he will guarantee a smooth transition of power if he loses and has been pushing unsubstantiated claims about massive voter fraud during the pandemic as an unprecedented number of Americans mail in their ballots.

Sen. Peter Boehm is an experienced former Canadian diplomat who was posted to Washington during the disputed 2000 election result in Florida between George W. Bush and Al Gore. He said the Canadian government has worked hard since Trump’s election to develop contacts at all levels of the government in the United States.

A more ‘sophisticated’ approach to Washington

Boehm said those contacts, honed during the prolonged negotiations to renew NAFTA, should help Canada navigate any challenges that emerge after Nov. 3.

“What we’ve seen over the last four years is a greater utilization of the tools we have. What that means is not just discussions at the head-of-government level but with Congress, on Capitol Hill and with state and local government,” he said.

“And what that tells us is that we have had to become more sophisticated in our approach, that there has to be consistent contact and a network, because we can’t rely on the good-neighbour, best-friend status anymore. And that remains regardless of a Trump or a Biden victory.”

The Trump presidency has proven to be an unpredictable dance partner for Ottawa. Trump withdrew the U.S. from the Paris climate agreement and imposed national security tariffs on Canadian exports of steel and aluminum.

Trump called Prime Minister Justin Trudeau “very dishonest and weak” in tweets following the troubled G7 summit hosted by Canada in 2018 — while on other occasions he’s declared that he likes the prime minister very much.

A protectionist tilt on both sides

Biden is less volatile and more in line with Canada on issues such as climate change. But he would cancel the Keystone XL pipeline project — which is still viewed by Alberta as a vital prop for the troubled oilpatch — and his platform emphasises the same sort of Buy American and protectionist procurement pledges championed by Trump.

Either way, Canadian officials will need to remain vigilant in protecting this country’s interests — particularly the bilateral trade relationship and the millions of jobs that depend on it, and especially if pressure mounts from the U.S. side to re-open the border for non-essential travel.

“The past four years created real frictions,” said Andrew McIntosh, a Canadian-born lawyer in Florida who heads the Canada-Tampa Bay Chamber of Commerce.

“You can’t be a Canadian living in the States and not recognize that the relationship has been challenged, not just in business terms but as neighbours, the value we place on the relationship. I don’t think anyone can look at the Canada//U.S. relationship and not feel that there’s been a disregard for the history and close ties between the two countries.”

Scotty Greenwood is the CEO of the Canadian-American Business Council and a partner with Crestview Strategy in Washington. She said Canada will have to tread carefully if no clear winner emerges on Nov 3.

“Everyone is holding their breath to see if it’s four more years of Trump or a new administration,” she said.

Greenwood said that she believes Trump would be further emboldened by winning a second term.

“You would need to worry a lot about tariff wars. The expectation is that the United States would get into more and more of a transactional relationship,” she said. “Canada developed a playbook that was reasonably successful in dealing with the Trump administration during the NAFTA negotiations and they will need to keep that.”

Boehm said the Canada/U.S. relationship has to be built around more than personal connections to the person in the Oval Office.

“What this relationship comes down to is not whether you like the chief executive but what’s in your own nation’s best interests,” he said.

“That’s how the U.S. works and that’s how Canada has to work.”

That means Canadian political leaders need to refrain from making any comments or endorsing either Trump or Biden — especially if the process of counting mail-in ballots, or deciding on court challenges launched over the results, leaves the outcome uncertain for days or weeks. 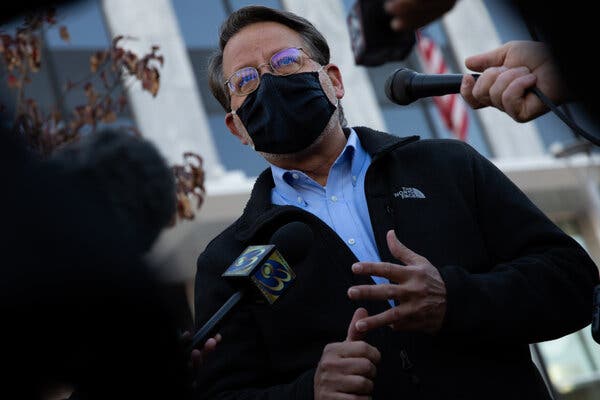 Are Michigan Democrats in Trouble in Their Senate Race? – The New York Times

Impeachment: House and White House agree that neither wants a federal judge to decide whether a witness must testify – USA TODAY