‘Boys State’: Film shows hope for U.S. politics might be found … in Texas – The Mercury News

At a time when Americans are divided and combative about politics and most everything else, San Francisco filmmakers Amanda McBaine and Jesse Moss found rays of hope pointing to a more united tomorrow.

The encouraging signs came while they were making their award-winning documentary “Boys State,” which debuts Friday on AppleTV+ after receiving as close as anything can come these days to a red carpet premiere — a sold out sneak peek 8:30 p.m. Aug. 12 at San Jose’s West Wind Drive-In Theater.

But it  happened in the unlikeliest of spots — Texas, known for its bruising politics. But it’s there where four 17-year-old youths joined roughly 1,200 others in June 2018 to lay the bedrock of a mock government. Organized by the American Legion, the annual weeklong Boys and Girls State program encourages civil discourse and culminates in a governor getting elected.

Not surprisingly, “Boys State” serves as a contrast to these divisive times, suggesting that a younger generation might be able to get us back on the right track.

“I think kids are capable of moral leadership,” Moss said. “They recognize that adults are not going to solve their problems. They’re going to have to take those problems on, and they have the wisdom. But sometimes they have to learn lessons, too.”

It was a Washington Post article on a firestorm that broke out in a 2017 Boys State gathering that enticed the Palo Alto-born Moss and McBaine, who are a married couple, to explore the idea of making a documentary about the program. Given the negative vibe left over from that year, they feared the American Legion would scoff at having a crew tagging along. But after numerous conversations, organizers realized that the filmmakers intended to make an immersive experience, not do a cursory drive through.

“It wasn’t going to be ‘OK come in for five minutes and see a bunch of kids doing pushups and then run away,” said McBaine. “They wanted us to come experience what they experience every year, which is this transformative week where kids get different things out of it.”

But to make the film, which sold for a record $12 million (for a documentary) at the 2020 Sundance Film Festival, where it also won a Grand Jury prize, prep work was essential as they searched through recommendations of the boys to follow.

After poking heads into barns and chatting with boys throughout the state, they landed their candidates — Steven Garza, a smart and principled Hispanic student who’s a political moderate; Robert MacDougall, the congenial athlete with a conscious; Rene Otero, a rational and off-the-charts brilliant Black student with a flair for public speaking statesman and Ben Feinstein, the shrewd double amputee who ascribes to Reagan conservatism and knows how to play the Reagan game.

Observing the quartet maneuver through the process moved and surprised the filmmakers. It did become cutthroat at times.

Nowhere was that more evident than in Garza’s transformation from a shy teen to a charismatic, confident candidate who could command a room. And in one of the most telling scenes, Garza’s opponent MacDougall elects not to go for the jugular after a potentially controversial photo of Steven circulates on social media, just as they are giving critical speeches.

“The news got out that I have a particular stance and it’s not very popular in this place at Boys State,” Garza recalls. “Robert pulls me aside and says ‘Hey, I’ve been hearing these things and I don’t want to attack you for it. I want you to go first and explain your position.’ He could have gone up there and completely blasted me away.”

Garza and MacDougall wish a more civil common ground could be found in Congress. Garza points to an unwillingness on both sides to come up with a law authorizing background gun checks, given 90 percent of the country wants it.

“Why is a background check a political issue?,” asks MacDougall. “That doesn’t make any sense.”

Garza worries the inertia in Congress triggering a disinterest in politics.

“We don’t need a big sweeping bill that won’t even get out of committee,” Steven said. “But because they’re hostile to each other they can’t even get that done.”

Otero and Feinstein know about hostility; the film’s major dustup occurs when Feinstein resorts to dubious tactics. Both, though, learned to respect each other.

“In the end, I really did admire how far Ben would go for his party and that indicates that he is somebody who came to do the job that he was elected for,” Otero says. “You can’t really get on him or anyone for the way they behave in politics, particularly with what we’re seeing in the current political climate.”

Feinstein regrets going for the jugular with Rene as well as Garza. He says he was just mirroring what he learned from the adults.

“It’s not like I was coming up with a genius new strategy. That’s what every single election I see on TV does. It’s not an excuse. We can do better. We as a society need to do better. That shouldn’t be the norm. I just feel like in a lot of sense politics has lost touch with morality.” 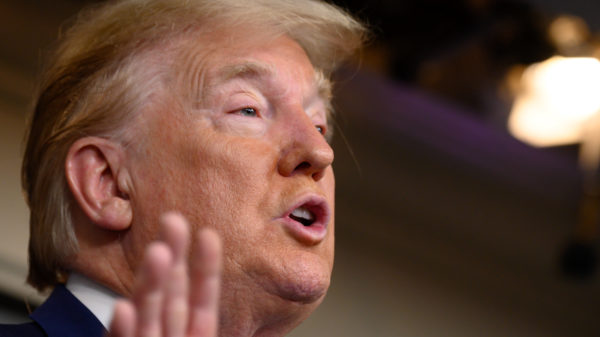 Trump to Governors on Ventilators: ‘Try Getting It Yourselves’ – The New York Times