<a href="https://www.washingtonpost.com/local/obituaries/douglas-moore-provocative-presence-in-civil-rights-and-dc-politics-dies-at-91/2019/09/04/4fe6a1ee-ca92-11e9-a4f3-c081a126de70_story.html" target="_blank" rel="noopener noreferrer">Douglas Moore, provocative presence in civil rights and D.C. politics, dies at 91</a>  <font color="#6f6f6f">Washington Post</font><p>Douglas E. Moore, a Methodist minister who in 1957 led one of the first sit-ins to protest racial segregation in the South and later served a tumultuous stint on the ...</p>

Douglas E. Moore, a Methodist minister who in 1957 led one of the first sit-ins to protest racial segregation in the South and later served a tumultuous stint on the D.C. Council in the 1970s, died Aug. 22 at a hospital in Clinton, Md. He was 91.

The cause was Alzheimer’s disease and pneumonia, said his wife, Doris Hughes-Moore.

Rev. Moore settled in Washington in 1966 and gained prominence in the city as an acolyte and self-described “personal pastor” of black-power leader Stokely Carmichael. In 1974, he won a D.C. Council seat, but his reputation as a volatile provocateur, along with an incident in which he bit a tow-truck driver, led to his loss of a committee chairmanship and a stay in jail. He never again held elective office, although he continued seeking it, most recently with a mayoral run in 2002.

He first drew attention as a 28-year-old clergyman in Durham, N.C., where he brought a confrontational approach to the nascent civil rights struggle. He drank from “whites-only” public water fountains, then would exclaim, “Good white water!”

He said activists such as the Rev. Martin Luther King Jr., who had been a classmate at the Boston University School of Theology, relied too much at the time on the power of oratory, instead of action, to achieve racial equality.

“I was more educated than most of the whites that segregated against us,” Rev. Moore once told the Washington Informer, a local publication that covers the African American community. “I was just tired of riding on the back of transportations, walking through ‘colored’ entrances, sipping out of different water fountains and [being] made to feel by other black folk that it was okay.”

On Sunday, June 23, 1957, he led a group of activists into the racially segregated Royal Ice Cream parlor — a white-owned business in the heart of Durham’s black community. It was around 6:30 p.m. when he and his contingent entered through a whites-only door before taking whites-only seats.

Over the next 15 minutes, their food orders were refused, and a manager asked them to leave. One protester exited when eight police officers arrived — one for each activist — and the remaining “Royal Seven,” as they became known, were escorted to jail.

All seven were convicted by an all-white jury and fined $10, plus court costs, for trespassing. The U.S. Supreme Court declined to hear their appeal.

Sit-in protests were not yet a mainstream part of the civil rights struggle, and the Royal Seven garnered little attention beyond the local and black press. An alliance of black clergymen in Durham criticized Rev. Moore, calling his sit-in “radical.”

“We selected Royal Ice Cream because it was surrounded by black people,” he told the Durham Herald-Sun decades later. “We thought we’d get support. No way. We got the wrath of the community.”

Notable deaths in 2019: Toni Morrison, Ross Perot, Doris Day, Tim Conway, and others we have lost this year

Remembering those who have died in 2019.

Remembering those who have died in 2019.

But the events in Durham proved a harbinger of higher-profile sit-ins, most notably the one that began Feb. 1, 1960, at a segregated Woolworth lunch counter in Greensboro, N.C.

Rev. Moore came from Durham for the demonstration and invited King, who exhorted the young protesters to “fill up the jails of the South” if necessary.

After months of protests throughout North Carolina chronicled in the national news, Woolworth opened its lunch counter to all customers — and made the sit-in a primary tactic of the civil rights movement.

Unlike Rev. Moore’s activists in Durham, the demonstrators in Greensboro benefited from local support, William H. Chafe, a Duke University history professor and author of “Civilities and Civil Rights,” about the Greensboro protests, wrote in an email.

In Greensboro, the NAACP and the faculty at North Carolina Agricultural and Technical College “rallied immediately,” he said. “That did not happen in Durham.”

Douglas Elane Moore was born in Hickory, N.C., on July 23, 1928. His mother was a schoolteacher, his father a high school principal. Several forefathers had been Methodist clergymen.

His first taste of activism, he once recalled to The Washington Post, was at his high school graduation. He threw away his principal-approved salutatorian address about the greatness of America and instead gave a rousing speech about the 14th and 15th amendments, to the cheers of black students but not the administrators.

He graduated in 1949 from what is now North Carolina Central University, a historically black college, and received a second bachelor’s degree, in theology, from Boston University in 1953. He began a church ministry in Durham while continuing his studies at BU, where he received a master’s degree in 1958. (A year before, he was also present at the founding of King’s Southern Christian Leadership Conference in Atlanta.)

From 1962 to 1965, Rev. Moore was a Methodist missionary in Congo, then helped lead an urban renewal project in Washington’s Shaw neighborhood. He officiated at the 1968 wedding between Carmichael and singer Miriam Makeba, served as chairman of the militant Black United Front and espoused incendiary rhetoric as he entered politics (“When we get the power, we are going to squeeze the white people.”)

He lost campaigns for school board in 1968 and D.C. delegate in 1971 before winning an at-large seat on the D.C. Council in 1974. “Then began a string of incidents,” The Post’s Juan Williams later wrote, “the stuff of front-page comic opera.”

Rev. Moore threw tantrums from the council dais. He was accused of ramming the car of a woman with whom he had a personal disagreement and throwing a rock through a window at her home. The case was settled out of court.

In 1975, during an argument with a 19-year-old tow-truck driver whom he accused of blocking his car in a D.C. Council lot, Rev. Moore bit the driver’s back. Rev. Moore claimed he thought the driver, who was white, was trying to assassinate him and invoked the memory of his erstwhile friend King.

Rev. Moore, who was stripped of his budget committee chairmanship in 1977, repeatedly refused court-ordered psychiatric examinations. In 1981, a judge sentenced him to six months in jail for ignoring the terms of his probation. He made five more bids for the elective office: for D.C. Council chairman in 1978 and 1986; for council seats in 1979 and 1982; and for mayor in 2002, when he received less than 6 percent of the vote in the Democratic primary.

In 1981, Rev. Moore founded Moore Energy Resources, a fuel and energy brokerage that he operated for 20 years and won lucrative contracts with the region’s power and gas companies. He also was pastor of Elijah United Methodist Church in Poolesville, Md. 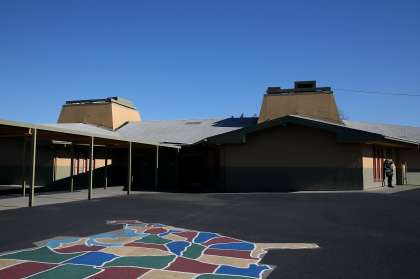