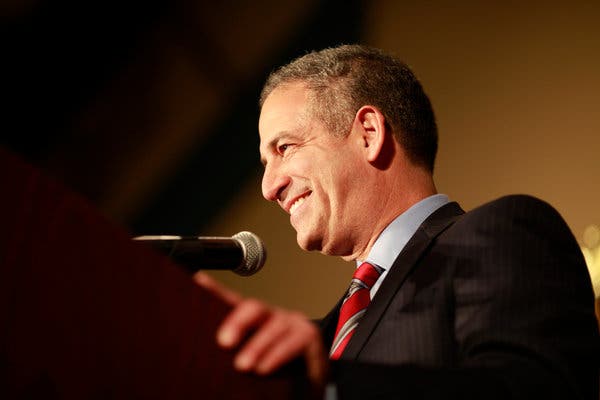 WASHINGTON — Russ Feingold, the former Democratic senator from Wisconsin, is assuming the leadership of the American Constitution Society, a progressive group active on judicial nominations and the justice system, signaling that Democrats are planning an aggressive effort to sharpen their focus on the federal courts as a defining issue.

Mr. Feingold’s elevation is the latest sign that Democrats are looking for ways to counter President Trump’s efforts to reshape the federal judiciary through a three-year campaign — steered by Senator Mitch McConnell, the majority leader — to confirm conservative judges for lifetime appointments. It comes as Mr. Trump has renewed criticism of judges he claims are biased against him, while seeking to impose his own will on the justice system.

Mr. Feingold, best known as a crusader for overhauling campaign finance laws, said he believed the Republican push to stack the federal courts with conservatives, along with mounting questions about political interference at the Justice Department, has led to a crisis moment that called for a heightened response.

The former senator, who taught at several leading law schools after losing his seat in 2010, said he intended to reinvigorate the organization and intensify its efforts to counter what he saw as an assault on the justice system.

“The American Constitution Society is especially well positioned to fight off this attack on the rule of law and our legal system that is causing alarm among all kinds of people,” Mr. Feingold said in an interview.

“I frankly could have never imagined a moment as bad as this,” he said.

Formed in the aftermath of the 2000 Supreme Court ruling that ended the Florida presidential recount in favor of George W. Bush, the American Constitution Society is a grass-roots network of progressive lawyers, college students, scholars and politicians.

It is often described as a mirror image of the Federalist Society, the conservative group that has played a leading role in identifying and promoting conservative judicial nominees.

But groups on the left have been badly outgunned and outspent by those on the right when it comes to judicial advocacy, while conservative voters have placed more importance on the courts. Progressives are now scrambling to correct that imbalance.

Mr. Feingold’s new job comes at a time when Mr. Trump’s complaints about the justice system and his insistence that he has the right to insert himself into its inner workings have been on vivid display.

The president this month blasted career Justice Department prosecutors for what he saw as an excessive prison sentence recommended for Roger J. Stone Jr., a longtime associate, and the agency then backed off its recommendation, spurring the prosecutors to resign from the case.

On Tuesday, Mr. Trump called for Justices Ruth Bader Ginsburg and Sonia Sotomayor to recuse themselves from any case involving him because of a past comment by Justice Ginsburg and a recent dissenting opinion by Justice Sotomayor.

As a member of the Judiciary Committee for 16 of his 18 years in the Senate, Mr. Feingold has extensive firsthand experience in judicial confirmations. He sat on the panel for four Supreme Court confirmation fights and scores of lower-court nominations.

Since Senate Republicans blocked the nomination of Judge Merrick B. Garland by President Barack Obama in 2016, advocacy groups on the left have toiled to emphasize with Democratic voters the importance of the judiciary and the consequences that federal court decisions can have on the everyday lives of Americans.

“Somehow this message has to get through, that usually the final word is in the courts,” Mr. Feingold said.

Since Mr. Trump took office in 2017, his alliance with Mr. McConnell, a Kentucky Republican, on judicial confirmations has proved exceedingly successful. More than 190 new judges have been put on the bench, including two Supreme Court justices and more than 50 appeals court judges. Rules changes have essentially disarmed Democrats.

In response, the Alliance for Justice, another progressive advocacy group, joined with like-minded organizations to identify prospective judicial candidates should Democrats win the White House while encouraging sitting judges nominated by Democrats to hold off on retiring until after the 2020 election.

Another group formed after the Garland blockade, Demand Justice, has sought to put pressure on Senate Democrats, including the presidential candidates, to resist judicial nominees put forward by Mr. Trump and to consider changes in the judiciary such as enlarging the Supreme Court and enacting term limits. Mr. Feingold said he was open to such steps.

“Let’s face it,” he said. “The founders did not really anticipate that a 35-year-old person would be nominated for a federal lifetime appointment to the bench and have a life expectancy of 100 years,” he said.

Mr. Feingold said an incoming Democratic president would need to move immediately to begin filling judicial vacancies, noting that Mr. Obama’s administration, preoccupied with other matters, was slow to do so at the start of his presidency. He also said that he would press for greater diversity on the bench and in the justice system.

Mr. Feingold, who lost a bid to regain his seat in 2016, often went his own way in the Senate and was not reluctant to break with his party. He was the sole member of the Senate to oppose the broad expansion of antiterrorism powers included in the Patriot Act after the Sept. 11, 2001, attacks.

He joined with Senator John McCain, Republican of Arizona, in successfully pushing a campaign finance overhaul through Congress over the opposition of Republican leaders in 2002, though much of it has since been rolled back by the Supreme Court.

“He is someone of an obvious political persuasion who is capable of working with others who don’t share his views,” said Joseph Kearney, the dean of Marquette University Law School, who hired Mr. Feingold to teach there after his Senate loss in 2010.

Mr. Kearney said he expected the American Constitution Society to “benefit from having someone who is comfortable and conversant not just in the law but also in public policy and in politics more directly.”

Checking In at Trump Hotels, for Kinship (and Maybe Some Sway) – The New York Times