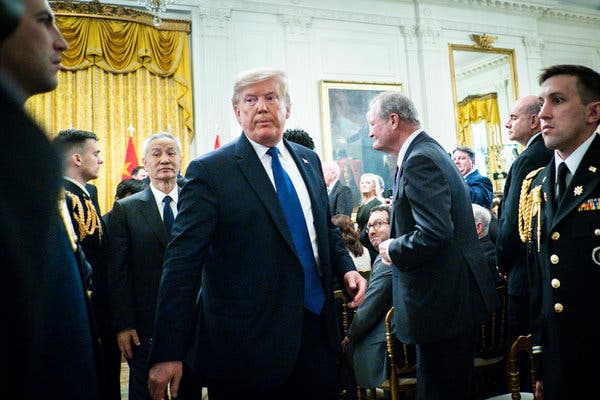 WASHINGTON — Hours before the Senate embarked on President Trump’s impeachment trial, a nonpartisan federal watchdog agency unexpectedly weighed in on an issue at the heart of the case: the president’s decision to withhold military assistance to Ukraine.

The agency, the Government Accountability Office, said the White House’s Office of Management and Budget violated the law when it withheld nearly $400 million this past summer for “a policy reason,” even though the funds had been allocated by Congress.

The decision to freeze the aid was directed by the president himself, and during the House impeachment inquiry, administration officials testified that they had raised concerns about its legality to no avail.

“Faithful execution of the law does not permit the president to substitute his own policy priorities for those that Congress has enacted into law,” the accountability office wrote in an opinion released Thursday. “The withholding was not a programmatic delay.”

The law at issue, the Impoundment Control Act, was enacted in 1974 over the veto of President Richard M. Nixon. It limits a president’s power to withhold money that has been allocated by Congress, requiring approval from the legislative branch to do so.

The accountability office is an independent, nonpartisan agency that works for Congress. It conducts audits of federal spending, issues legal decisions on questions about federal contracts and budget matters and examines if federal agencies are complying with other legal requirements imposed on them by Congress.

Senator Richard C. Shelby, Republican of Alabama and the chairman of the Appropriations Committee, called the release of the report as the Senate was taking up impeachment “suspicious timing.”

Accountability office officials said the timing of the ruling was coincidental.

“Our legal decisions are issued when we have completed all our legal research and are ready to come to a sound conclusion,” Thomas H. Armstrong, the office’s general counsel, said in a statement. “There was no coordination of timing with any entity outside of G.A.O.”

The White House budget office promptly rejected the report’s conclusions, saying it had remained within the law.

“We disagree with G.A.O.’s opinion,” said Rachel Semmel, a spokeswoman for the budget office. “O.M.B. uses its apportionment authority to ensure taxpayer dollars are properly spent consistent with the president’s priorities and with the law.”

The report, on its own, does not result in any action or specific penalty against the White House or Mr. Trump.

But the ruling is certain to focus additional attention on questions about the legality of Mr. Trump’s decision to freeze the aid. The administration held up the money — $250 million distributed through the Pentagon and another $141 million channeled through the State Department — from late June until mid-September. The money was released only after the freeze became public and members of Congress from both parties made clear they wanted it released.

House Democrats, who were vocal critics of the decision to block the funds, said that the ruling further solidified their case for impeachment.

“This important ruling further strengthens the House’s case for impeachment and removal, and reinforces the need for a fair trial in the Senate that includes documents and witnesses,” Speaker Nancy Pelosi said.

Senate Democrats said the legal opinion underscored their push to seek witnesses and new documents in the trial.

“The G.A.O. opinion makes clear that the documents we requested in our letter last month are even more needed now because G.A.O. confirmed the president broke the law,” Senator Chuck Schumer, Democrat of New York and the minority leader, said in a statement.

The accountability office is led by Gene L. Dodaro, who was nominated by President Barack Obama in 2010 and confirmed by the Senate. Directors of the agency serve 15-year terms in an effort to remove the influence of politics from their decisions.

The hold on the military aid to Ukraine had provoked questions last year from officials at the White House budget office as well as the Defense Department while the freeze was in place.

State Department and Pentagon officials were confused as to why the hold on the funding had been imposed. As the summer progressed, they became increasingly concerned that the money could not be completely spent before the end of the fiscal year on Sept. 30.

American diplomats testified last year during the impeachment inquiry that they understood the aid freeze to be a means of pressuring Ukraine into opening investigations into Mr. Trump’s political rivals. Mr. Trump has denied using the aid as leverage, and the White House has said the freeze was intended to provide time to explore whether Ukraine, with its long history of official corruption, could be trusted with the money.

The impeachment vote by the House and the ruling Thursday by the Government Accountability Office focused on different questions.

House Democrats accused Mr. Trump of using the aid as leverage in his pressure campaign against Ukraine.

The G.A.O. examined whether the Trump administration violated appropriations law by withholding the aid in the first place.

The agency found that the White House violated the law because it did not notify Congress about the deferral in the spending, and the freeze did not appear to be motivated by a desire to find a more efficient way to spend the money, which might have been allowable, the report said. Instead, the administration was arguing that it had the right to determine the “best use of such funds,” ignoring Congress’s power to set spending requirements.

“When Congress enacts appropriations, it has provided budget authority that agencies must obligate in a manner consistent with law,” said the ruling, which was signed by Mr. Armstrong. “The Constitution vests lawmaking power with the Congress.”

“We consider a reluctance to provide a fulsome response to have constitutional significance,” Mr. Armstrong wrote. The G.A.O.’s role, he said, was “essential to ensuring respect for and allegiance to Congress’s constitutional power of the purse.”

Formal determinations by the Government Accountability Office that the Impoundment Control Act has been violated have occurred in past administrations, including during the tenure of President George W. Bush.

But a search of the agency’s website of past cases involving a “programmatic delay” — the formal legal term for what the White House claimed happened with the military assistance to Ukraine — suggests they have become more frequent during Mr. Trump’s tenure.

The agency concluded in late 2017 that the Energy Department violated the law when it withheld $91 million to help develop new energy technologies, a spending program created during the Obama administration that the department wanted to kill.

In late 2017, the Department of Homeland Security refused to spend $95 million to build a new ship called a National Security Cutter, leading to objections from members of Congress, including Thad Cochran, who at the time was a Republican senator from Mississippi and who represented the area where the ships were built.

In both cases, the administration ultimately released the money.

Democratic lawmakers, including Representative Nita M. Lowey of New York, the chairwoman of the House Appropriations Committee, and Representative John Yarmuth of Kentucky, the chairman of the House Budget Committee, said that they would pursue legislation that would help overhaul the budget process and allow for more control and transparency over how congressionally approved funds are spent.

The ruling is a sign of an administration that appears to believe it can spend federal funds as it sees fit, regardless of the constitutional authority of Congress to decide on federal spending, said James P. Pfiffner, a professor at George Mason University who wrote a book about the impoundment act.

Other examples of the Trump administration’s belief that it can unilaterally determine how federal funds are spent include its shifting of Defense Department funds from different accounts to help build a wall on the southwestern border, Mr. Pfiffner said. 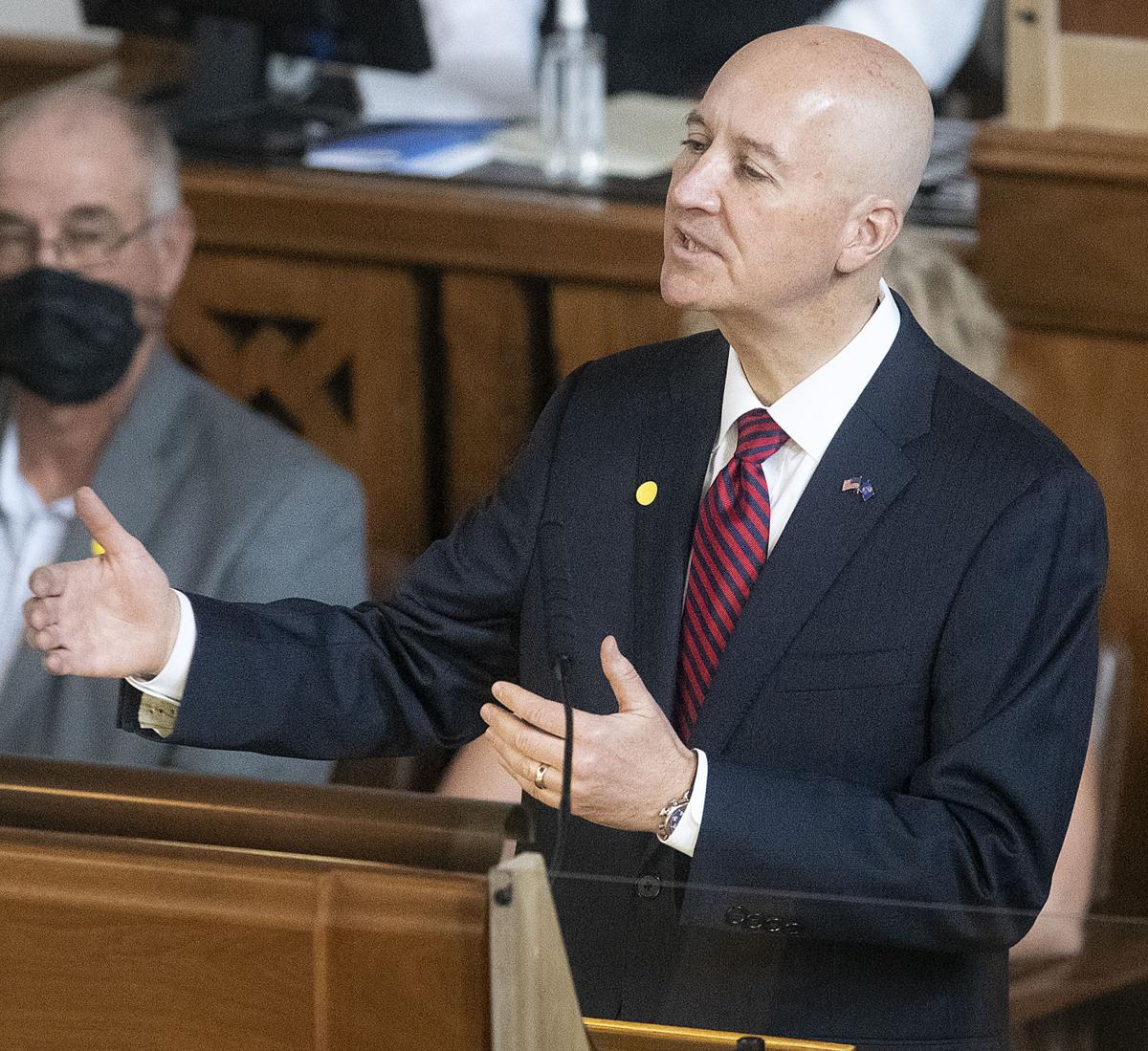