Here are some of the big campaign promises from the major parties so far – CBC.ca

<a href="https://www.cbc.ca/news/politics/major-campaign-promises-federal-election-1.5311181" target="_blank" rel="noopener noreferrer">Here are some of the big campaign promises from the major parties so far</a>  <font color="#6f6f6f">CBC.ca</font>

With two weeks left in this federal election campaign — and with only a few days until the advance polls open — undecided voters will soon have to make up their minds as to whom they’ll vote for on Oct. 21.

And the parties are hoping the decision is based not on recent missteps or questionable decisions but rather on the suite of policy proposals they have on offer.

So far, the election has been focused on two broad themes: making life more affordable and tackling the threat of climate change.

The Liberal, NDP and Green parties have already released their election platforms and some if not all of their costing materials. The Conservative Party has detailed some of its major promises, and a full platform is expected to be released by midweek.

The Parliamentary Budget Officer (PBO) has produced reports on many of the campaign commitments from at least four of the major parties, documenting just how much each of the promises will cost federal coffers if they are enacted.

Here’s a reminder of some of the major promises from each of the four main parties vying for votes in English Canada.

Liberal Party and the middle class

Liberal Leader Justin Trudeau is looking to build on his oft-cited slogan that his party is focused on improving the lives of the “middle class and those working hard to join it.”

To accomplish that, the Liberal platform includes a tax cut by raising the basic personal exemption limit over the next four years until the first $15,000 of income is tax-free for most Canadians, which will save the average taxpayer roughly $292 a year.

For new parents, the Liberal party is promising to make all maternity and parental employment insurance (EI) benefits tax-free at source. They will also make the Canada Child Benefit (CCB) more generous in the first year of a child’s life.

For students, the Liberal plan includes a boost to post-secondary grants so that they’re worth up to $1,200 more a year.

For seniors, the Liberals are promising to increase Old Age Security payments for those 75 years and older and enhance Canada Pension Plan (CPP) survivor benefits for single seniors.

They’ve also pledged $6 billion in new spending for health care with the goal of giving every person in this country access to a family doctor.

For workers, the Liberal plan includes a federal minimum wage boost to $15 an hour and a new Career Insurance Benefit that will supplement existing EI payments when someone loses their job.

On the environment, the Liberal party has promised to plant 2 billion trees and to invest all the tax revenues resulting from the Trans Mountain Expansion Project in green and clean technology initiatives. They are also promising up to $40,000 in interest-free loans so people can renovate their homes to make them more energy efficient.

If the Liberals are re-elected, they are promising motorists will see 5,000 new electric vehicle charging stations along the Trans Canada highway.

The Conservative Party is promising to make life more affordable through a series of tax cuts and tax credits at a time when employment levels are high and yet many people feel like they aren’t benefiting.

“It’s time for you to get ahead,” is the party’s slogan.To accomplish that, the party is promising a universal tax cut that will cost federal coffers about $6 billion a year in foregone revenue. The cut will be broad-based and save virtually every taxpayer hundreds of dollars each year by lowering the tax rate on taxable income under $47,630 to 13.75 per cent from 15 per cent.

Conservative Leader Andrew Scheer is also promising to renew tax credits that were put in place by the Conservative government of Stephen Harper and then killed by the Liberal government in the last Parliament.

Scheer would reinstate the federal tax credit for transit passes, which, according to party estimates, would save a family of four transit users in the Greater Toronto Area nearly $1,000 a year.

To make the dream of home ownership more affordable, Scheer has promised 30-year amortization on mortgages for first-time home buyers — a longer loan period that could lead to smaller payments up front — and he’s promised to review the “stress test” that has made it more difficult for some would-be borrowers to get financing.

On the environmental front, Scheer has said he’d scrap the carbon tax and encourage industries to innovate so that they can lower emissions. “Technology, not taxes,” is the Conservative Party’s message on the environment.

Scheer has also said he’ll give tax credits worth up to $3,800 a year over the next two years to Canadians who spend their own money to complete green-friendly home renovations, such as replacing windows and doors, installing solar panels or upgrading ventilation.

NDP Leader Jagmeet Singh has promised “a new deal for the people,” a plan he says will close gaps in the country’s social safety net to help those families who are struggling the most.

Among his proposals is a plan to institute national pharmacare, a multibillion-dollar plan that the party says will save families more than $500 a year.

While the Liberals have committed funds for some sort of pharmacare solution down the line, Singh has said an NDP government would bring about such a drug plan right away, in 2020.

Singh is also promising to expand medicare to include dental services.

A New Democrat government led by Singh would also create 500,000 units of affordable housing in the next 10 years.

And, to ensure even more affordable housing units are built, Singh has promised to waive the federal portion of the GST/HST on the construction of new rental units.

Singh has also said an NDP government would spend $10 billion over the next four years to create 500,000 new child-care spaces in Canada.

On climate change, Singh is promising to kill the Trans Mountain pipeline expansion and effectively give provinces a veto on major natural resources projects that move through their jurisdictions.

He’s also promised large-scale building retrofits in all sectors to reduce greenhouse gas emissions from the country’s housing stock. Singh has set a target of retrofitting all homes in Canada by 2050 through low-interest loans.

To pay for this ambitious agenda, the party has promised to raise taxes on the wealthy. The party would slap a “wealth tax” on people who earn $20 million annually. It also would raise corporate taxes, end fossil fuel subsidies, close tax loopholes and, like the Liberals, levy a foreign home buyers tax.

The environment is, naturally, front and centre in the Green Party platform. Green Party Leader Elizabeth May is proposing a fundamental reordering of Canadian society.

Central to the Green plan are measures to address the “climate emergency” — a 20-step action plan called Mission: Possible.

The platform offers a vision of a Canada in 2030 where homes and businesses are all powered by renewable energy, all new vehicles and public transit and passenger ferries are electric and most food is locally sourced.

The platform says a Green government would pass into law a Climate Change Act that would require a 60-per-cent cut in emissions below 2005 levels by 2030, doubling the current 30 per cent target.

No new pipelines, or coal, oil or gas drilling or mining, including offshore wells, would be approved under a Green government. The party is also promising to ban all gas-powered — internal combustion engine — cars by 2030.

The Green Party is also promising to institute national pharmacare, a promise it says will cost some $27 billion a year.

The Green plan also proposes eliminating tuition fees by offering $10 billion in post-secondary and trade school support so that all Canadian college and university students can go to school without paying any fees.

To pay for the promises, the Green Party has said it would eliminate fossil fuel subsidies worth several billion dollars annually, including those for liquefied natural gas (LNG), oil and gas projects and coal mining exploration and development.

The Greens are also promising to impose a financial transactions tax of 0.5 per cent to collect nearly $18 billion in 2024-2025. 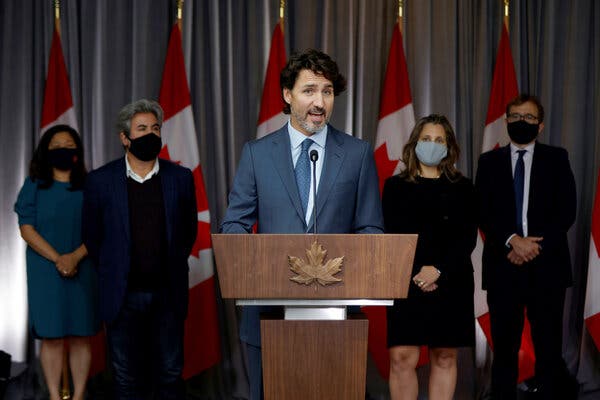 In federal court, Louisiana elections officials unsure if mail ballots can be counted on time – The Advocate