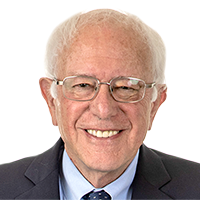 The contests on Tuesday may be the single most important day on the primary calendar, with the potential to elevate one candidate as a decisive front-runner for the Democratic presidential nomination.

If one Democrat — most likely Senator Bernie Sanders of Vermont — builds a wide lead of several hundred delegates over the rest of the field, it could become exceedingly difficult for other candidates to catch up over the remaining three months of primary elections.

Number of Delegates at Stake on Super Tuesday

But it is by no means certain that Mr. Sanders or anyone else will establish a controlling advantage on Super Tuesday, and former Vice President Joseph R. Biden Jr. is hopeful that a late surge of momentum will keep the final margin close.

The vast diversity of the country and the internal divisions of the Democratic Party will be on display across a landscape of elections that covers the swollen suburbs of the Mid-Atlantic and the Sun Belt; traditional Democratic strongholds in New England and the Upper Midwest; the booming cities of the upper South and the interior West, and large rural stretches across both regions.

For any one candidate to dominate that map would be an extraordinary show of strength.

It is the closest we will get, in this long campaign season, to a national day of voting in the nomination race. But the balance of influence on Super Tuesday is weighted toward the West, represented by huge states like California and Texas. Other big population centers in the country — electoral prizes like Florida, Michigan, New York, Pennsylvania and Illinois — are still weeks from voting.

Sanders is winning. Where will he keep his lead?

Mr. Sanders is highly likely to come out of Super Tuesday with a lead in the delegate count. But the size of that lead is a big question mark, and so is the number of states Mr. Sanders might win outright.

There are few states out of reach for Mr. Sanders. In theory, he could win virtually everywhere on Super Tuesday, except perhaps Alabama, where moderate African-Americans who lean toward Mr. Biden make up a huge share of the primary electorate.

The Vermont senator has even been showing strength in Massachusetts, the home state of his rival, Senator Elizabeth Warren. He also has a chance of capturing Minnesota, which is now up for grabs after Senator Amy Klobuchar decided to exit the race on Monday. Mr. Sanders won the state in 2016. 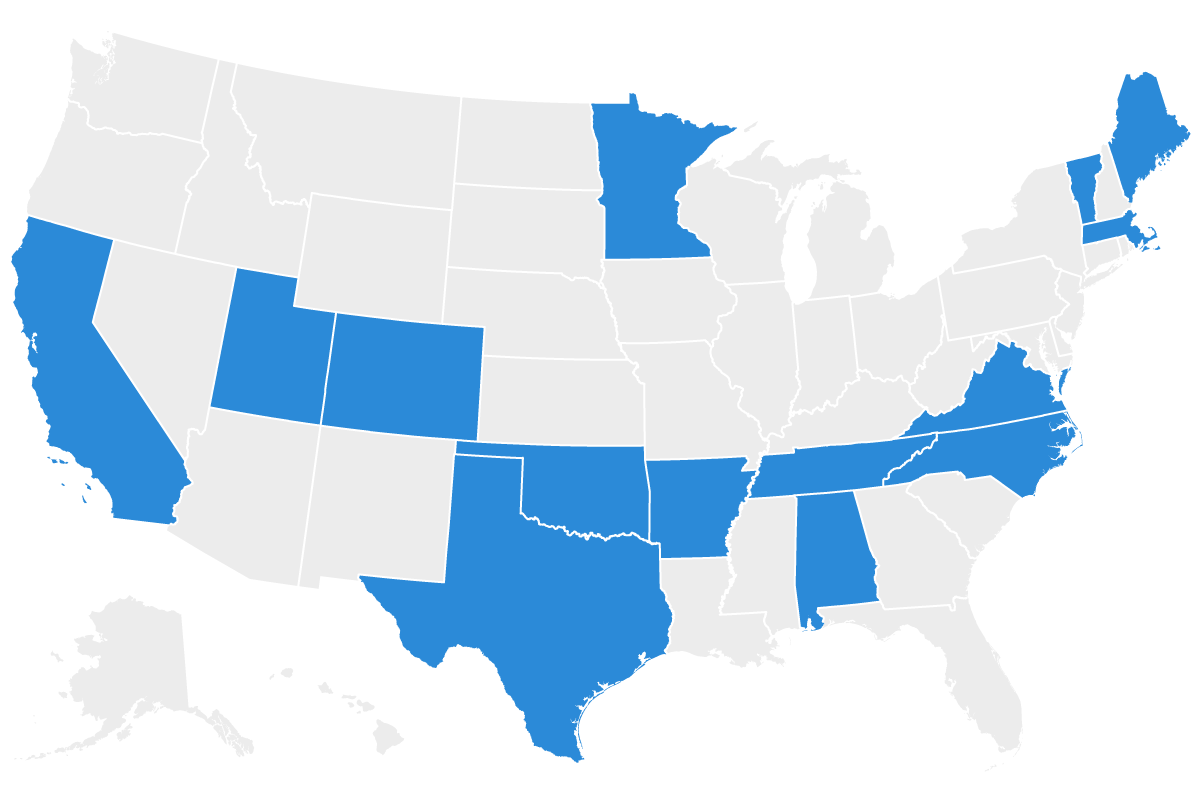 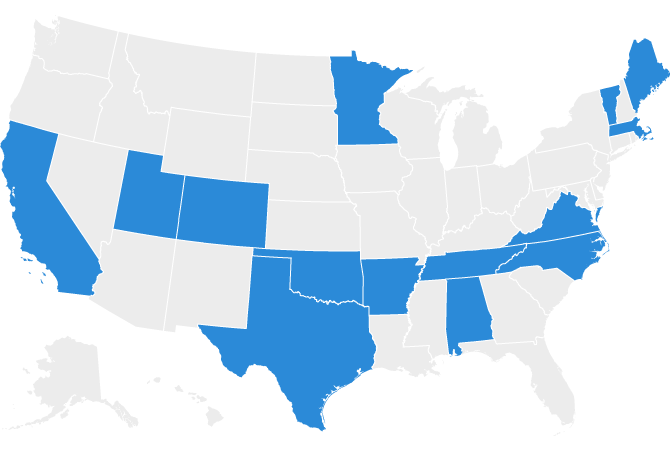 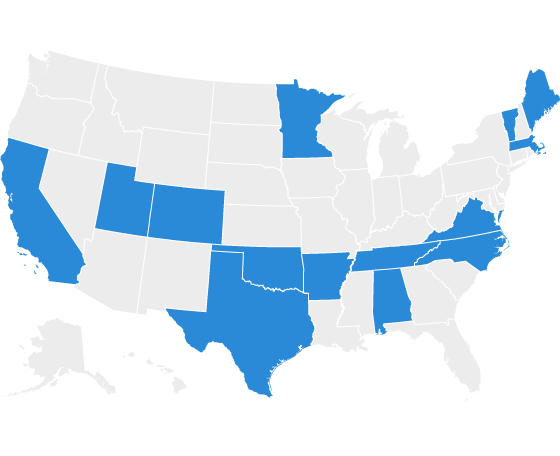 The most important target for Mr. Sanders is California, where his campaign hopes not just to win, but to win by such a dominant margin that he captures a vast majority of delegates. If Mr. Sanders managed that feat, he could open a nearly insurmountable delegate lead.

Yet Mr. Sanders’s strength depends on his political opposition staying fractured. If moderate voters or African-Americans coalesce around just one or two other candidates — Mr. Biden may be the likeliest rallying point — then Mr. Sanders could end up with a shorter list of victories, concentrated in Western states where his coalition of young liberals and Latinos is strongest.

The race began to take a dramatic turn on Sunday after former Mayor Pete Buttigieg dropped out, clearing the way for moderate voters to coalesce around candidates who may be better positioned to stop Mr. Sanders. The exits of both Mr. Buttigieg and Ms. Klobuchar could lift Mr. Biden’s political fortunes on Tuesday, but might also benefit Ms. Warren and Michael R. Bloomberg.

Biden has not campaigned much in Super Tuesday states. What is he thinking? 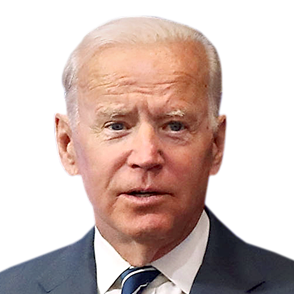 Mr. Biden received the big victory in South Carolina that he was looking for, but it remains to be seen how much of a lift he will get heading into Super Tuesday. One problem: Until this past weekend, he had not campaigned in a Super Tuesday state in over a month, aside from fund-raising.

After his fourth-place finish in Iowa and his fifth-place finish in New Hampshire, Mr. Biden planted himself in Nevada and then in South Carolina — and he achieved the results he was looking for in those two states. But that came at the cost of campaigning elsewhere. He visited North Carolina, Alabama and Virginia this past weekend, and he is campaigning in Texas on Monday before heading to California.

Mr. Biden’s team is focusing on congressional districts that play to his strengths, such as those with large numbers of black voters. 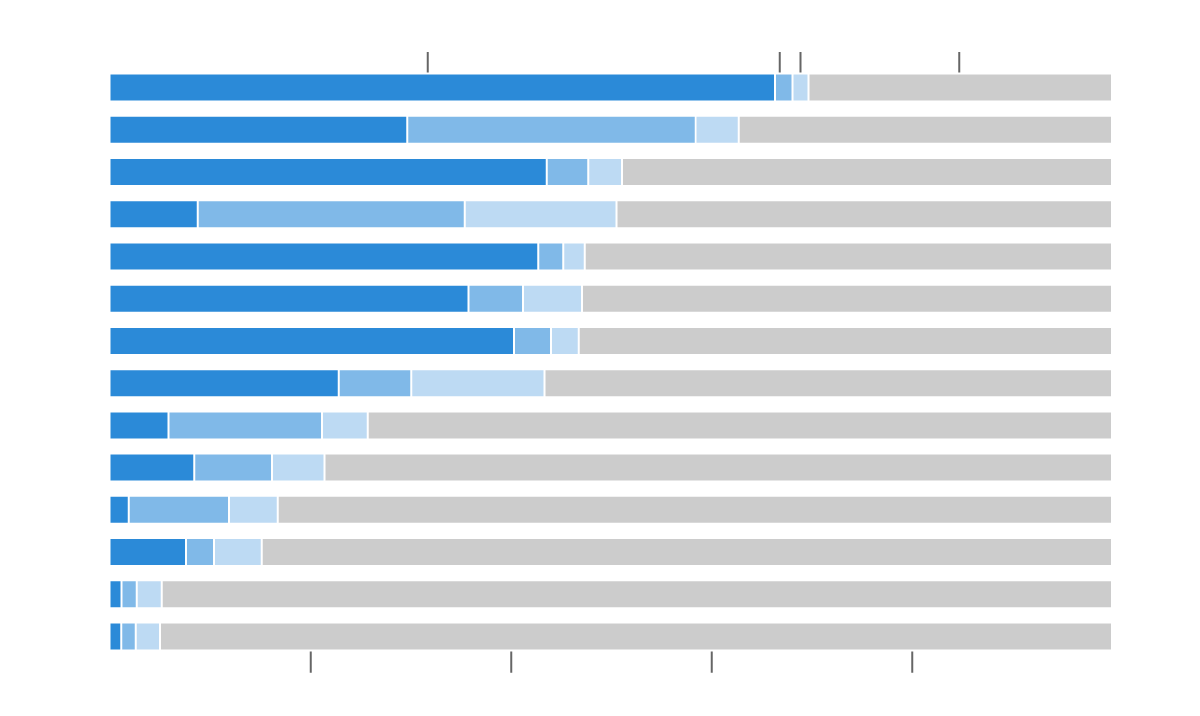 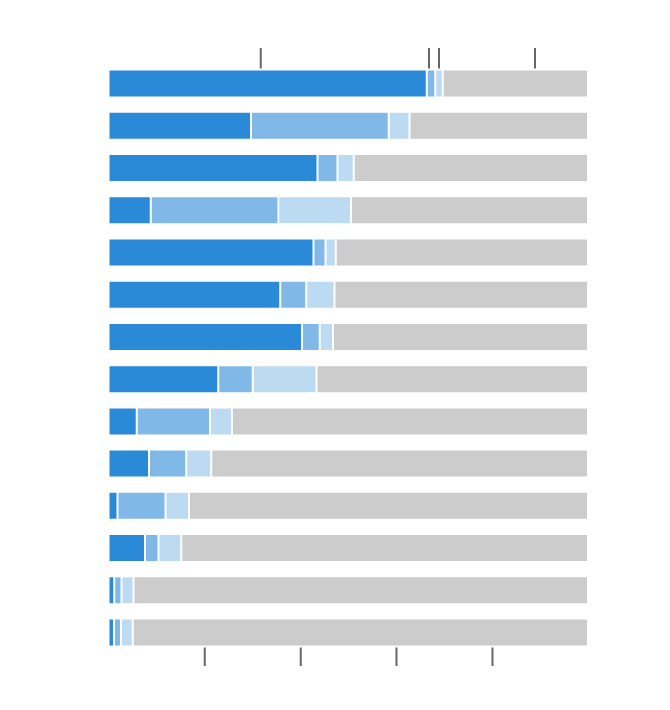 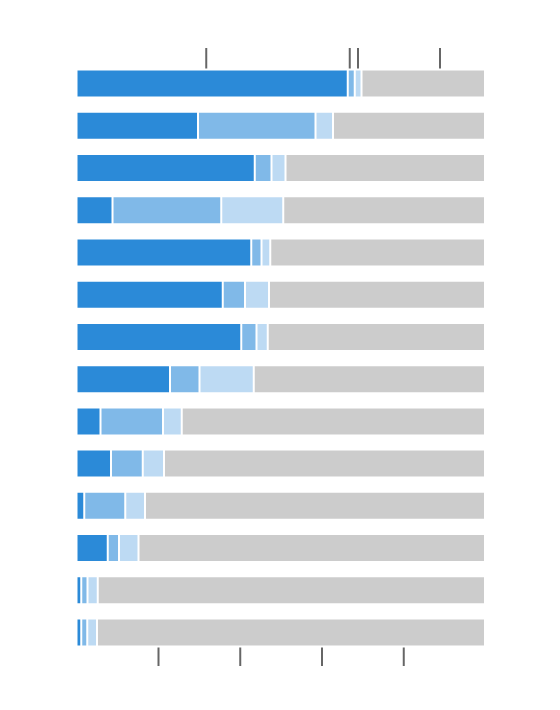 Source: Racial and ethnic breakdowns come from New York Times estimates of Democratic voters in the 2016 presidential general election based on data from the Roper Center, the U.S. Census Bureau and Dave Leip’s Atlas of U.S. Presidential Elections.

Mr. Biden’s operation on the ground across the Super Tuesday states is also conspicuously thin. He has only a single office in California and four in Texas. By comparison, Mr. Bloomberg’s campaign says it has 24 offices in California and 19 in Texas.

Still, Mr. Biden has some significant advantages heading into Tuesday’s contests. He emerged triumphant from the South Carolina primary, which provided him with a burst of positive attention, and the endorsements from Ms. Klobuchar and Mr. Buttigieg offered a signal to moderate voters to embrace his candidacy. Mr. Biden already had a long roster of prominent endorsers in Super Tuesday states, which has grown even larger in recent days.

He is also relying on his status as a household name and the goodwill that remains among Democrats from his time serving as President Barack Obama’s vice president.

Will Bloomberg’s unprecedented spending pay off? 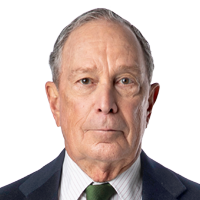 Every other presidential candidate has wrestled with how to approach the Super Tuesday map, picking and choosing states and districts to target with limited campaign funds. Not Mr. Bloomberg, the billionaire former New York City mayor. He has competed everywhere, with a tidal wave of advertising and paid organizing that has no precedent in American presidential politics.

Source: Advertising Analytics. Data is as of Feb. 28.

That blitz has powered Mr. Bloomberg into contention across the map, building broad but not necessarily deep support. But if he has had the money to communicate everywhere, Mr. Bloomberg has lacked a geographic or demographic base of the kind other candidates have — Mr. Sanders’s popularity with young people, for instance, or Ms. Warren’s strength with progressive women.

As a result, Mr. Bloomberg may be best positioned in places where no one group of voters is a dominant force. He has concentrated in the past few days on Texas, Arkansas, Oklahoma, Virginia and North Carolina — states where black voters, Latinos and suburban whites all hold real political clout. And Mr. Bloomberg has continued spending heavily in valuable California media markets where few others have been able to afford significant advertising.

But more than any other candidate, Mr. Bloomberg is also untested, because he did not compete in any of the February states. Within the Democratic field, he may be uniquely capable of surprising on Tuesday, in either a positive or negative direction.

Will Warren gain any momentum? 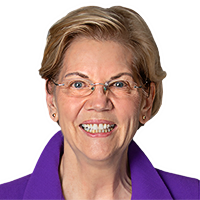 The first four primary contests did not go as Ms. Warren had hoped, to put it mildly. She has no strong performance to point to, and her fifth-place finish in South Carolina did little to suggest she has been able to grow her appeal among black voters. She has not won a delegate since Iowa. 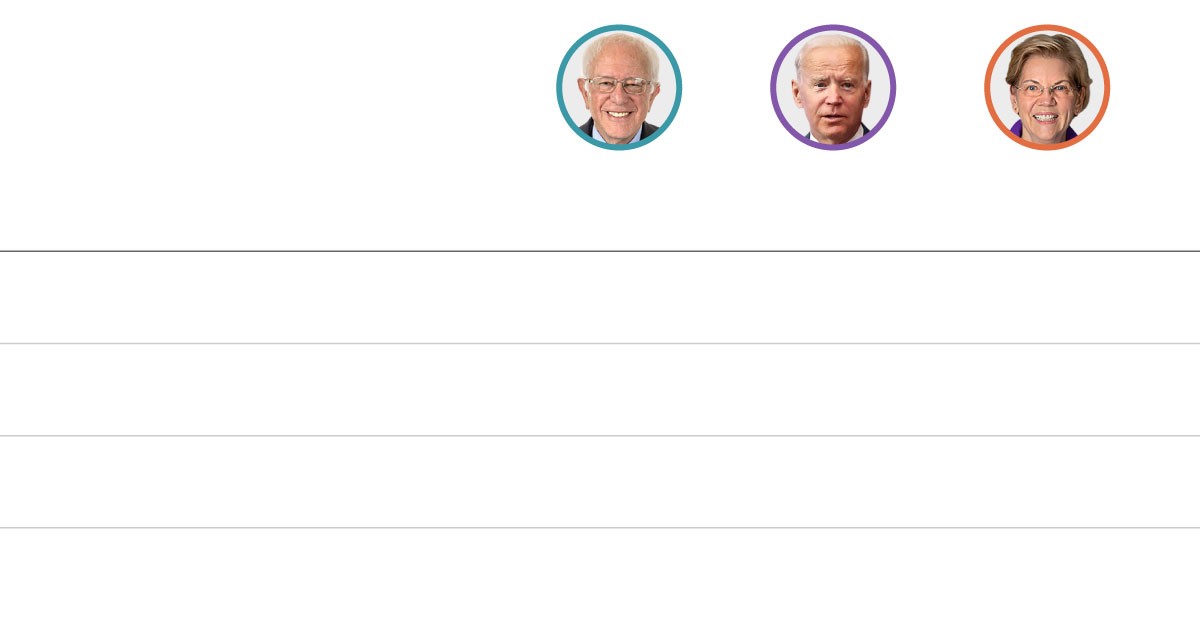 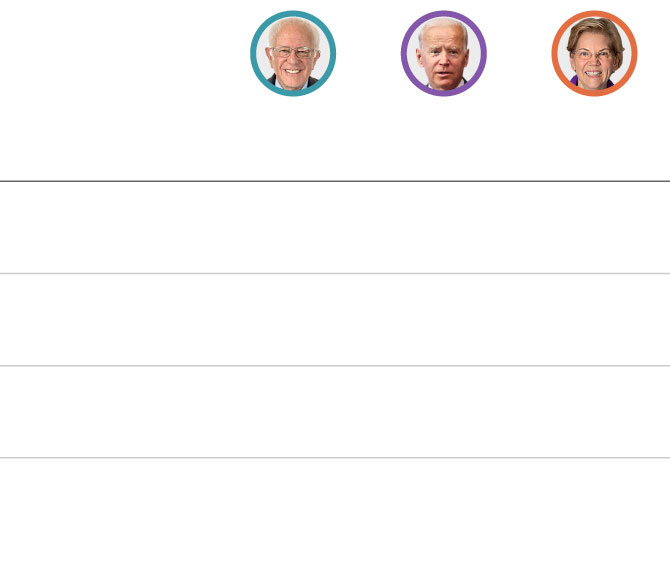 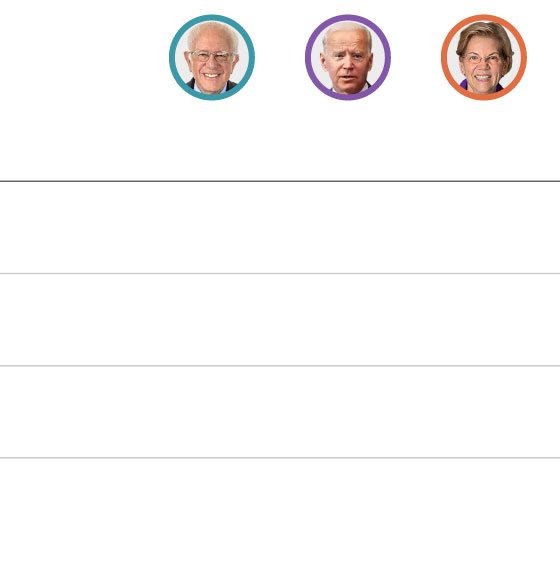 Note: Two candidates had earned delegates before dropping out: Pete Buttigieg had 26 delegates and Amy Klobuchar had seven.

She now faces another bleak scenario: the possibility of failing to win a single state on Super Tuesday — including Massachusetts, the state that has elected her twice to the Senate. Ms. Warren faces strong competition in Massachusetts from Mr. Sanders, who directly challenged Ms. Warren by campaigning on her turf in recent days.

In a memo on Sunday, Ms. Warren’s campaign manager, Roger Lau, said internal projections showed Ms. Warren coming away with delegates “in nearly every state in play on Super Tuesday.” And he emphasized that she was not going anywhere, writing that the campaign was “in this race for the long haul.”

Candidates need at least 15 percent of the vote to get any delegates.

How many candidates are above the 15 percent threshold is critical.

So the more candidates that reach the threshold, the more evenly divided the district’s delegates are.

The only candidate likely to make the 15 percent threshold everywhere — or nearly everywhere — is Mr. Sanders. Everyone else is fighting not necessarily to beat him in states, but to hold down what is expected to be Mr. Sanders’s delegate lead at night’s end.

If it is only Mr. Sanders and one other rival who make the 15 percent threshold in most places, and there is little consistency in who those other rivals are, it will allow Mr. Sanders to build a nearly insurmountable delegate advantage heading toward states that vote later in in the calendar.

Mueller, border policy, state politics, buying Greenland, impeachment and more: this is how we covered US politics and policy in 2019 – USAPP American Politics and Policy (blog) 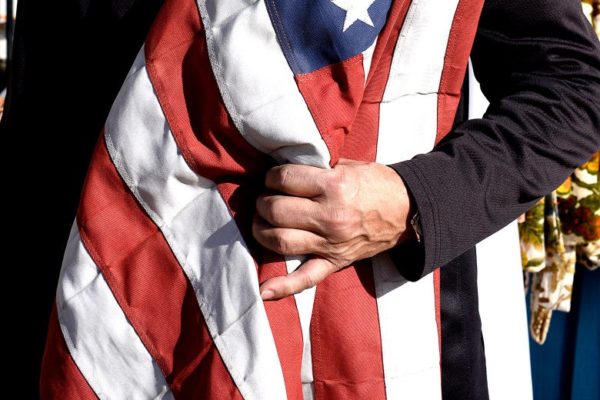 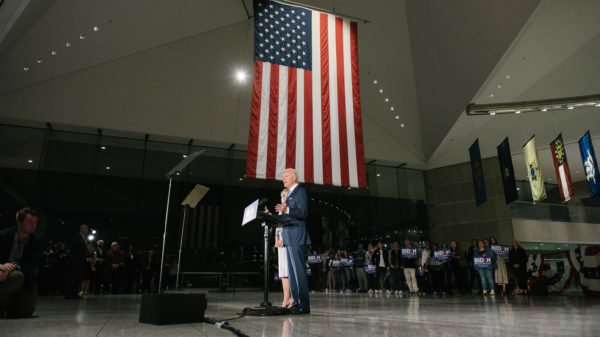