Here’s where the parties stand on LGBTQ issues – CBC.ca

Whether it’s same-sex marriage, the blood donation ban or Pride parades, issues affecting LGBTQ Canadians have been hot topics in this election. Several of you have texted us with questions about what the parties will do for LGBTQ communities.

The question of the federal leaders’ stances on same-sex marriage became something of a flashpoint early in the campaign, when the Liberals released a 2005 video of Conservative Leader Andrew Scheer speaking about it. In the video, Scheer was addressing the House of Commons when same sex-marriage laws were under consideration by Parliament.

Conservatives quickly pointed out Scheer wasn’t alone in his views and that Liberal Ralph Goodale voted in support of a heterosexual definition of marriage in 1999. Goodale has since said his personal views have evolved.

Scheer has not stated definitively that his personal views have changed, but has promised not to re-open the same-sex marriage debate if elected.

So what are the parties’ stances on LGBTQ Canadians? Here they are at a glance:

The Liberals are promising more funding for LGBTQ organizations to the tune of $10 million a year over three years, along with an extra $2 million for their recently launched 24/7 mental-health crisis hotline and sex-ed support lines.

They’re also promising to change the Criminal Code to ban conversion therapy — a controversial practice that tries to change a person’s sexual orientation or gender identity.

And they’re re-committing to ending the blood donation ban against men who have sex with other men. That’s a promise the party already made in 2015. A lifetime ban was lifted in 2013 and during Justin Trudeau’s time in government, the length of time male donors had to abstain from sex with men was reduced to one year in 2016 and then to three months.

For adoptive parents, including those who are LGBTQ, the party plans to introduce paid leaves of 15 weeks, as well as a $30 million investment to develop a national action plan on gender-based violence.

Conservative leader Andrew Scheer says he’ll propose laws to protect LGBTQ Canadians and would support giving them the same rights as other Canadians when it comes to donating blood. Scheer has said he “would of course listen to the advice of medical experts on this very issue.”

Conservative Leader Andrew Scheer says that he will work to pass laws that protect LGBTQ Canadians and also give them the same rights to donate blood. 0:48

Scheer has stood by at least one candidate with a history of anti-LGBTQ social media posts, saying he’s accepted her apology. Ghada Melek was previously blocked from running with the Ontario PC party for her views.

And in an interview with the French-language program Tout le Monde En Parle on Sunday, Scheer was asked about his lack of participation in Pride parades, to which he replied, he would not walk in them but supports the rights of all Canadians including those who are LGBTQ.

Asked by CBC’s Rosemary Barton about that position this week, Scheer replied there are “lots of different ways to show support to a community,” adding his include participating in the apology to LGBTQ public servants for their historic persecution by Canada.

On the issue of same-sex marriage specifically, he had little to say on how his personal views had evolved, saying instead: “This is not something that is an issue in Canada… Society’s moved on, I’ve moved on.”

Rosemary Barton asks Conservative leader Andrew Scheer about how his views on LGBTQ rights have evolved. 2:10

The NDP promises to end the ban on blood donation against men who have sex with other men, calling for “behaviour-based screening rather than policies that discriminate against an entire sexual orientation.”

The party is also pledging to ban conversion therapy as well as enabling equal access to gender-confirming surgery, and making sure any related costs are covered by public health plans.

The party promises a permanent path for resettling LGBTQ refugees and measures to reduce employment discrimination faced by LGBTQ people in the workplace, including updating the Employment Equity Act. They’re also vowing to bring a national action plan to end gender-based violence.

The Green Party’s platform promises access to gender-affirming health services such as hormones, blockers and surgery; and to allow trans, non-binary and Two Spirit people to change their sex designations on federally issued documents to match their gender identity.

The Greens also say they intend to ban and condemn medically unnecessary surgeries on intersex children and conversion therapy. And they say they’ll ensure the national census is reflective of gender identity and require accessible facilities in all federal buildings.

PPC leader Maxime Bernier has said his party won’t touch hot-button social issues such as transgender rights or same-sex marriage in its platform, but that candidates are free to express their own opinions on the topics. At least one candidate has publicly opposed B.C.’s sexual orientation and gender identity policy.

Bernier’s website says he voted to change the traditional definition of marriage while part of the Conservative Party in 2016. He’s also stated on Twitter that the party has several gay candidates and staff who are gay. “We welcome them, not because we have a gay quota to fill, but because they share our principles and policies,” he’s said.

The Bloc doesn’t have a specific platform on the issue. “We have always been for LGBTQ rights and will continue to defend these rights.”

Have a question about the election?

Until October 20th, we’re rounding up your questions and answering some in articles like the one you just read. If you’ve got questions, text ELECTION to 22222 (We’ll try our best to get you an answer — or include it in a future article.)

The Legault factor: How Quebec’s premier is influencing the federal election campaign – CBC.ca 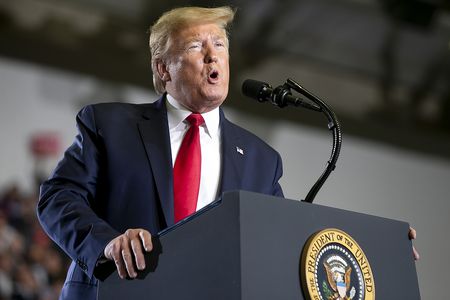