WASHINGTON — House Democrats, kick-starting their impeachment inquiry into President Trump, subpoenaed Secretary of State Mike Pompeo on Friday, demanding he produce a tranche of documents related to the president’s dealings with Ukraine. Separately, they instructed him to make five State Department officials available for depositions in the coming two weeks.

A failure to do so, the leaders of three House committees wrote jointly, would be construed as “evidence of obstruction of the House’s inquiry” — an offense Democrats have made clear they view as grounds for impeachment.

It was the first major action in the rapidly escalating impeachment investigation, which began this week amid revelations that Mr. Trump pressured President Volodymyr Zelensky of Ukraine to investigate a leading political rival, possibly using United States aid as leverage. It came as House Democrats planned an aggressive pace for their inquiry, eyeing their first hearing on the matter as early as next week.

The Intelligence Committee has also scheduled a private briefing for next Friday with Michael Atkinson, the intelligence community inspector general, who first attempted to share a whistle-blower complaint outlining the matter with Congress, according to a committee official.

Mr. Atkinson met with House lawmakers last week, but was restricted from discussing any of the complaint’s substance. This time, Mr. Atkinson will be freer to describe his efforts to corroborate the complaint, which he ultimately deemed a matter of “urgent concern” that “appears credible.”

“The committees are investigating the extent to which President Trump jeopardized national security by pressing Ukraine to interfere with our 2020 election and by withholding security assistance provided by Congress to help Ukraine counter Russian aggression,” the three chairmen wrote.

The subpoena for documents seeks any communications or other paperwork related to a call between the two leaders, efforts by the president’s private lawyer to advance the effort, as well as the Trump administration’s decision to temporarily withhold $391 million in security aid from Ukraine.

The two letters pointed to an aggressive strategy on the part of House Democrats to pressure the Trump administration to furnish crucial information surrounding Mr. Trump’s dealings with Ukraine or risk strengthening their case for impeaching the president based on obstruction of Congress.

The officials that the Democrats said must appear for depositions in early October were Marie Yovanovitch, the former American ambassador to Ukraine; Ambassador Kurt Volker, the United States special envoy to Ukraine; George Kent, a deputy assistant secretary of state for European and Eurasian affairs; T. Ulrich Brechbuhl, a State Department counselor; and Gordon Sondland, ambassador to the European Union. The officials were either mentioned in a whistle-blower complaint related to the Ukraine matter released this week or are connected to American policy work in the region.

The State Department did not immediately respond to a request for comment on the letters.

Complaint in Hand, Democrats Aim for a Fast, and Focused, Impeachment Inquiry

Trump Pressed Ukraine’s President to Investigate Democrats as ‘a Favor’

Nicholas Fandos is a reporter in the Washington bureau covering Congress. @npfandos 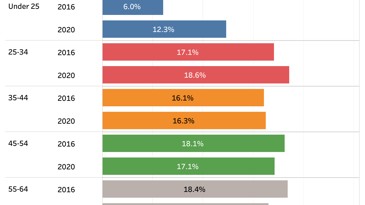