To win the Democratic presidential nomination, a candidate needs to secure 1,990 pledged delegates. A significant number of delegates are at stake in states with large shares of black Democratic voters.

Sources: Pledged delegate data comes from the Democratic National Committee and includes bonus delegates. Racial and ethnic breakdowns for U.S. states and Washington, D.C., come from New York Times estimates of Democratic voters in the 2016 presidential general election based on data from the Roper Center, the U.S. Census Bureau and Dave Leip’s Atlas of U.S. Presidential Elections.The breakdowns for Puerto Rico and other U.S. territories are based on Census estimates of each territory’s entire population.

Former Vice President Joseph R. Biden Jr. may lose the Iowa caucuses. But he is betting on strong support from black voters in Southern states and urban areas to help him accrue the 1,990 delegates needed to clinch the nomination.

It might work. That’s because an overwhelming majority of delegates are awarded from areas more racially diverse than Iowa and New Hampshire. If Mr. Biden retains his strength with black voters, he’d have a structural advantage in the nomination race that is greater than his uneven lead in national polls suggests.

Think of it this way: Candidates gain delegates based on voting in both states and districts, which are Congressional districts in all but a few places. While Iowa and New Hampshire may generate political momentum for a winner because they vote first, the two states award very few delegates. By contrast, a candidate who is popular in California, Texas and predominantly black districts in the South could pick up big shares of delegates.

A recent poll shows Mr. Biden at 44 percent among black voters in South Carolina, the early voting state with a majority-black Democratic electorate, and a historic harbinger for how the South will vote. The same poll had Mr. Biden’s next closest competitor, Senator Bernie Sanders of Vermont, trailing him by more than 30 percentage points among black voters.

Mayor Randall Woodfin of Birmingham, Ala., who has yet to endorse a candidate, said national political analysts are underestimating the political advantages Mr. Biden enjoys in the South.

Share of black population in districts on or before Super Tuesday

Sources: Democratic National Committee, American Community Survey 5-year estimates, socialexplorer.com | Note: The average number of district pledged delegates is based on the states in the graphic. In most states, districts are Congressional districts, but can be other boundaries. Texas, included in the graphic, uses state legislature districts. North Carolina districts may change, pending redistricting.

As the chart above shows, some of the most delegate-rich districts in Southern states like Tennessee, Alabama and South Carolina have large shares of black Democratic voters. (Vermont is an exception; its population is largely white, but it has only one district with 11 Democratic delegates.)

Under party rules, more delegates are awarded in districts with high concentrations of Democrats. Because black people overwhelmingly vote Democratic, areas with many black residents tend to have higher numbers of Democratic delegates.

This is a big reason why black Democrats are so sought-after in the race for the party’s nomination. Historically, black Democratic primary voters have tended to back a single candidate, helping thrust the voting bloc to the forefront in Southern states where black voters make up the majority of the Democratic electorate. If a single candidate can get huge vote margins with black Democrats, like Barack Obama did in 2008 and Hillary Clinton did in 2016, he or she can amass a big delegate lead over other candidates.

The last Democratic candidate to win the nomination without winning a majority of black voters was Michael Dukakis, then the governor of Massachusetts, in 1988; Rev. Jesse Jackson secured more of their support. In 2004, Senator John Kerry of Massachusetts won the nomination with a slight majority of black votes, after battling with Senator John Edwards of North Carolina.

Cornell Belcher, the pollster who helped conduct much of Mr. Obama’s South Carolina research, compared Mr. Biden’s support in black communities in the 2020 primary to the advantages Mrs. Clinton experienced early in 2008. However, he said, none of Mr. Biden’s rivals are replicating Mr. Obama’s robust black grass-roots program.

The delegate calendar for the Democratic Party also shows the limitations of viewing the race through the prisms of the early states.

The vast majority of delegates awarded early in the race come on Super Tuesday on March 3, when 15 states and territories will hold their primaries and caucuses. More than 1,300 pledged delegates are awarded that day.

By the end of Super Tuesday, 38 percent of all the pledged delegates in 19 states and territories will have been allocated, making it difficult for candidates to build a voter coalition if they are not competitive by that point.

With 663 pledged delegates, this could be the decisive day if there’s not already a clear frontrunner

The candidates best positioned to overtake Mr. Biden’s voter coalition at this point — Senator Elizabeth Warren of Massachusetts, Mr. Sanders and Mayor Pete Buttigieg of South Bend, Ind. — each face challenges in attracting a diverse range of voters, albeit to varying degrees.

Mr. Sanders and Ms. Warren have shown some traction with younger, nonwhite voters. Mr. Sanders in particular has polled better among nonwhite voters than any candidate other than Mr. Biden, though he remains a distant second. He is also betting on an electoral strategy that will encourage those who sat out the 2016 primary to join the process, which supporters believe will help him grow his diverse coalition.

There are signs in California, the primary’s most delegate-rich state, that Ms. Warren can challenge Mr. Biden on more diverse territory. Ms. Warren has led some polls in the state, and her team says that a good showing in the early states can unlock more support, citing the backing of diverse progressive groups like the Working Families Party.

Mr. Buttigieg is a unique case. While he has shown significant momentum in Iowa, that support has yet to translate outside the first state. Unlike Ms. Warren or Mr. Sanders he has been anemic with black voters — polling again at 0 percent in the latest South Carolina survey — and several high-profile errors have helped create a reputation that his campaign has a blindspot for nonwhite constituencies.

Without a reversal, Mr. Buttigieg risks joining a dubious list: Candidates who succeeded in Iowa and New Hampshire but nonetheless lost the Democratic nomination.

Sources: Des Moines Register, New York Times | Note: Bill Clinton in 1996 and Barack Obama in 2012 are excluded because they were incumbents with no significant challengers.

Some candidates who are struggling to break through Mr. Biden’s advantage with black voters have compared their plight to Mr. Obama’s; he won Iowa in 2008 and built a national coalition after. However, Mr. Belcher said that comparison should be scrutinized, considering Mr. Obama was much better positioned across the country than many of the candidates who likened themselves to him.

Mr. Buttigieg and Senator Kamala Harris of California, among others, are now banking on a breakthrough in Iowa to help propel them forward in the early states and compete with Mr. Biden among black voters in South Carolina and on Super Tuesday. Ms. Harris, for one, has been making direct appeals to black voters in the South.

“When we talk about black girl magic, we know that it is something special,” Ms. Harris told a crowd at Benedict College, a historically black institution in Columbia, S.C. “But that magic is born out of hard work.”

Mr. Belcher acknowledged that few 2020 candidates have the resources that were available to Mr. Obama in 2007, but he also said the campaigns have been guilty of “lazy thinking,” if they planned to wrest Mr. Biden’s black support simply by winning an early state.

“They are taking a key constituency that they need for granted,” he said.

Supreme Court Says Judges Are Above Politics. It May Hear a Case Testing That View. – The New York Times 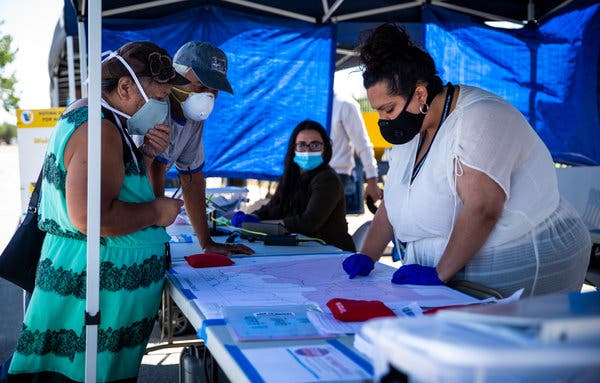 California and Wisconsin Special Elections: What to Watch For – The New York Times 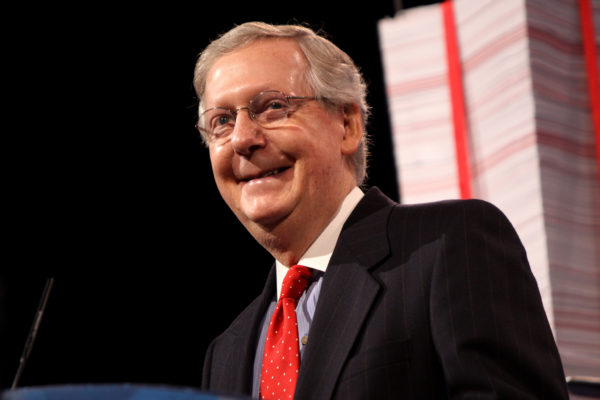 How Conservatives Have Rigged Our Politics – Washington Monthly