Cities need to work at encouraging voter turnout for local elections. Even small increases in participation can transform the political landscape.

If you’re worried about the teetering fate of American democracy because of what’s happening at the national level right now, the solution may be local: boosting turnout in local races in 2019 is the best way to prepare voters for the 2020 presidential race and the 2020 census.

While the onslaught of media coverage during presidential elections can make many Americans think voting only happens every four years on that Tuesday in November, each year, a bundle of federal, state and local elections happen concurrently, usually on a federally-sanctioned “Election Day,” this year, that day is Tuesday, November 5th. But critical elections—such as for mayor, council member, clerk, and more—happen all year, every year, often with little fanfare.

How many people are even aware that hundreds of state and local judges are up for election this year? Judges have the ability to influence cultural norms and laws that residents interact with daily, and yet theirs are some of the least-participated-in elections in the country.

For these local elections voter turnout is often extremely low, so even a few voters can make a difference. Yet, in what is supposedly one of the most democratic countries, we can’t get more than half of our population to vote regularly. That’s a dire problem, since voting is the single strongest metric of democratic participation. It’s also the main way to communicate satisfaction—or dissatisfaction—with a representative.

There are reasons why turnout rates in America are some of the lowest of all developed countries. Our voter registration process is complicated and punitive. It’s often difficult to get to our polling locations—particularly if you are a person of color, lower income, or a college student. And our elections are during the work week, when many people can’t afford to take off.

Only 70 percent of eligible Americans are registered to vote, but there are a number of ways that cities can increase democratic participation: City and county agencies that provide social services such as SNAP, affordable housing, and health benefits can offer voter registration assistance in their offices; election administrators can work with high-school voter registration programs to have schools distribute forms to students, and then submit them to election administrators; cities can also incentivize landlords to provide their tenants with voter registration forms, and lobby their states to create same-day registration (states that have it show 10 percent higher voter turnout than states without).

And local leaders can encourage voter turnout. Families with annual incomes below $30,000, people of color, naturalized citizens and young people have an especially low turnout rate. Mayors, as the ultimate local conveners, can make simple investments like creating and printing voter education material for “Know Your Ballot” events that synagogues, churches and mosques have been organizing locally for the last few years. Mayors can also incentivize small businesses to do more than just give time off—and preferably paid time off—to employees by offering a tax credit for including messaging on their receipts about voter registration. Small businesses have a tremendous role in transforming local culture—cities can design and provide banners and posters to decorate their window fronts all the way down Main Street. Mayors can also prioritize breaking down transportation barriers on election day.

Cities are changing fast. Keep up with the CityLab Daily newsletter.

There’s precedent for this level of local involvement in voter turnout: In small towns like Lynchburg, Virginia, and large cities like Los Angeles, California, buses and trains are free on election day. Minneapolis encourages young people to serve as poll workers, because they are more likely to be tech-savvy and bilingual and the secondary benefit is that they learn about the importance of voting. Boston is focused on helping community members get involved and engaged by making registration easier when people are renewing parking permits and library cards; at the same time, local high schools in the city have been sharing pre-registration materials with students.

The 2020 elections provide a perfect opportunity for mayors to launch their commitments to full democratic participation. It isn’t only the presidential election that is going to be grabbing headlines around democratic participation. There is another headline-grabbing reason that city leaders need to be extra engaged with their residents this year: the 2020 Census. It only happens once a decade, so it has been 20 years since a Census count and presidential election have occurred in the same cycle.

The Census decides not only how much funding is allocated to every single community in the United States for hospitals, schools and roads, but also congressional representation for the next ten years. It is in every city, town and village’s best interest to count every single resident. And despite the Census being a national operation, it is a distinctly local effort—mayors have the ability to lead the charge on achieving not only full voter participation but also getting a full and total count of their community.

We need to ensure, however, that Americans understand the importance of local elections, and that they have the tools to vote. This year, local elections are, or have been, held in 63 of America’s 100 largest cities. That means that 47.3 million Americans will be influenced. Many other cities, including Houston, South Bend, Indianapolis, and Philadelphia will be voting for mayor this Tuesday.

We always hear about the big national movements, the social media campaigns led by celebrities, and the huge music festivals urging people to vote. But those may not be the best (or only) ways to transform America’s civic engagement and voter turnout. Maybe the key was always going to be small, systemic, and cultural transformations at the municipal level. 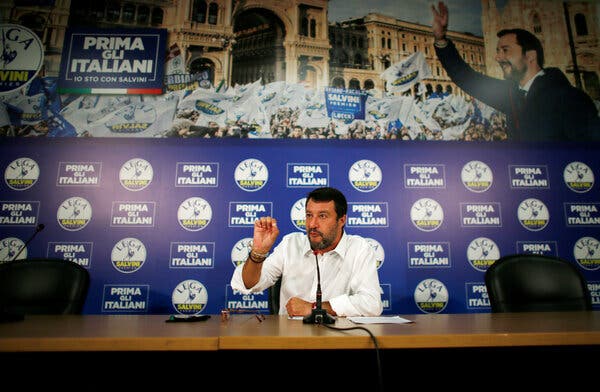