How Pennsylvania teens are preparing to cast their first vote for president: ‘The boys mostly like Trump’ – The Philadelphia Inquirer 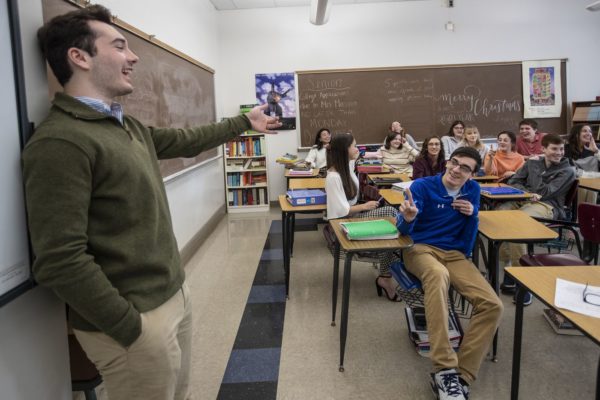 DUNMORE, Pa. — Nick Stanco was a freshman in high school when Donald Trump and Hillary Clinton were debating ahead of the 2016 general election. Stanco thought Trump was funny. Trump became a joke among his friends. Re-posting pro-Trump memes was a way to annoy and subtly flirt with girls on Snapchat.

But when Stanco looked more seriously into Republican positions, he liked the party’s stance on guns and individual liberties. Now he’s a senior at Dunmore High School and plans to register with the GOP to vote in his first presidential primary.

Philadelphia will host an official Iowa 2020 Democratic caucus at Penn

Mia Chiaro got involved in local politics to fight an expansion of the town’s landfill. She’s a registered Democrat, also planning to vote for the first time in a presidential election. She’s passionate about climate change and women’s rights, topics she often finds herself debating with Stanco, a friend and fellow student council leader at the high school near Scranton.

For people turning 18 in the months before a major presidential election, coming of age in a highly polarized social and political environment, registering with a party is one of the first times they formally define identities they’ve been developing for years. Are they Republicans? Democrats? Something else? Nothing altogether?

And in Pennsylvania, a battleground state where primaries are open only to people registered with that party, they’re forced to join a camp if they want to participate.

Clout: your guide to the wild world of politics

“When you look at our area, there’s so many people who don’t have the same views,” said Nora Haggerty, a senior who is registering as a Democrat. “There’s so many people that don’t like Donald Trump, but then there are so many who so strongly support him. It’s so weird, because we all come from the same area.”

In Dunmore, a small borough adjoining Scranton, the students are members of a tight-knit, mostly white, working-class community. Many of the teachers at the high school also attended it. They root for the Dunmore Bucks, and commiserate when the weather is such that they can smell the landfill — Pennsylvania’s largest.

The area has historically been Democratic. The town council still is, but the region has grown more Republican over the years. Clinton narrowly won in Lackawanna County and lost in neighboring Luzerne. And at Dunmore, seniors in a purple part of a critical battleground state are feeling that split.

Some register the way of their parents. Others are heavily influenced by friends. (A study by Tufts University found that young people largely inherit their politics from their family, followed by television and Facebook.)

“A lot of people … they just see your party and don’t want to listen to what you have to say,” said Katie Hilson, a Democrat, whose mom is a Trump supporter. “One thing I’ve gotten from my mom: I try to see the good things [Trump’s] doing, because I don’t want to see him fail because he’s still our president. But I have my own opinions, separate from the house I grew up in.”

Most say they’ve been given education and encouragement from teachers to make up their own minds. Teachers at Dunmore mostly said they try to keep their political leanings a mystery, though some admitted they can’t help being honest with their students about whom they support.

On the whole, the turnout rate among the nation’s youngest voters, 18- and 19-year-olds, was just 23% in the 2016 primary nationally — still, an increase from previous cycles. People turning 18 are a bit of a blind spot for political campaigns. They are eligible to vote but don’t have the record of doing so that campaigns use to target likely voters.

Political parties are starting to pay more attention to young voters, said Abby Kiesa, director of impact at CIRCLE, a Tufts research institute that studies the political lives of young people. The 2018 elections had the highest midterm youth voter turnout in at least 25 years, the institute said. If interest remains high, young voters could have a big impact on how Pennsylvania votes in 2020, since they lean Democratic.

“Pennsylvania is so big, and there’s so many young people,” Kiesa said, “You have to believe this is an important group.”

At seventh period lunch, Brian Fabricatore, 16, completed an unofficial survey of his friend group — six guys and one girl. “This is pretty much an all-Trump table,” he said. With some exceptions, the young men at Dunmore say they lean Republican, largely because they support Trump. Most of the girls consider themselves to be Democrats.

That reflects national polling, which shows Trump is viewed more favorably by men (42% of men supported him in an Economist/YouGov poll this month, compared with 34% of women).

Back when Trump first came on Stanco’s radar, he said, the appeal was mostly humor. The jokes have stuck.

The girls mostly roll their eyes, but sometimes the jabs cross a line. Last year, when Alabama passed an anti-abortion bill, some of the boys shared a series of Instagram posts from women outraged by the ban, with the song “Hoes Mad” playing in the background.

“The boys mostly like Trump. There’s an attention side of it,” Chiaro said. “It’s just like a way to get people upset, to rile up the girls, the whole masculine group loves Trump.”

Chiaro, who is senior class president, will attend the University of Pittsburgh next year and hopes to become a lawyer. She worked on the local campaigns of Democrats running for council in the fall. Chiaro likes former Vice President Joe Biden because she thinks he has the best shot at beating Trump, but is also interested in former Mayor Pete Buttigieg of South Bend, Ind., because he’s younger.

Among the seniors, motivations for voting varied.

Madilyn Cianci said fears of student-loan debt led her to register Democratic. She’s worried about how her family will afford Pitt, where she’ll study biology next year.

William McHale said health care drew him to the Democrats. He’s diabetic, and recently turned 18 and has seen his out-of-pocket costs soar. “My family has dealt with a lot of medical issues in the past, and I think they should expand Obamacare, anything to help out with that,” he said.

Richard Conte III registered as a Republican because he’s seen his parents’ construction company thriving over the past few years. “I think he’s a good leader for the United States,” Conte said of Trump. “Just like his economic principles … and I like his style. He says some stupid stuff but I like his style.”

Conte put a Trump bumper sticker on his car last year, which caused a rift with his girlfriend. “She started crying,” he said. “I took it off, but, yeah, we didn’t last.”

Nationally, there’s been a trend of more young people not registering with a party, said Kiesa, of Tufts. “If you think about Gen-Z, these are folks who were first eligible in the 2018 election, so their entire teenage years so far have been characterized by the 2016 election, the rancor in D.C. … It’s kind of understandable that people might say, ‘Oh, if that’s what partisanship is, I don’t want to be a part of it.’”

For Chiaro and Stanco, a day that involved several political debates ended in student council, where that was all put on hold to make plans for a voter registration drive in the spring, a fundraiser for the leukemia foundation, and a debriefing on last month’s semi-formal dance — a topic, finally, where there was consensus.

“A lot of people were very upset about the DJ, and so was I,” Stanco said.

Larry Summers Is Right. Those Targeted For Tax Hikes Could Respond By Increasing Their Political Spending, As Is Now On Display In Seattle. – Forbes 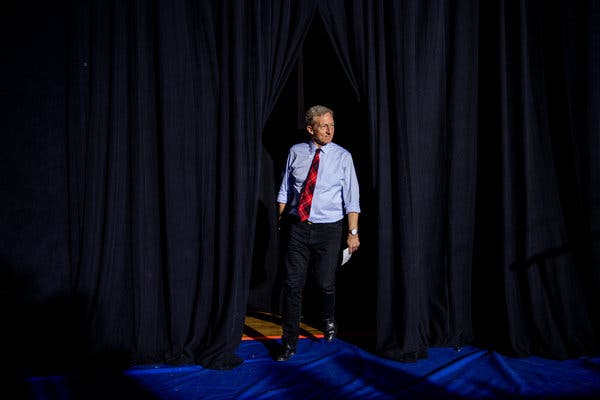