A new kind of suburbanization is sweeping through politics, from Richmond to Atlanta, Houston, Denver and elsewhere, and Democrats are starting to breach Republicans’ firewalls in elections.

Democrats have gained about 20 seats in the Virginia House of Delegates since 2015, especially in Northern Virginia and the Richmond area.

Note: Some district boundaries in the Richmond area were redrawn for the 2019 election. | Source: Virginia Public Access Project (2015 results), The Associated Press (2019 results)

SOUTH RIDING, Va. — Not long ago, this rolling green stretch of Northern Virginia was farmland. Most people who could vote had grown up here. And when they did, they usually chose Republicans.

The fields of Loudoun County are disappearing. In their place is row upon row of cookie-cutter townhouses, clipped lawns and cul-de-sacs — a suburban landscape for as far as the eye can see. Unlike three decades ago, the residents are often from other places, like India and Korea. And when they vote, it is often for Democrats.

“Guns, that is the most pressing issue for me,” said Vijay Katkuri, 38, a software engineer from southern India, explaining why he voted for a Democratic challenger in Tuesday’s elections. He was shopping for chicken at the Indian Spice Food Market. “There are lots of other issues, but you can only fix them if you are alive.”

Mr. Katkuri’s vote — the first of his life — helped flip a longtime Republican State Senate district and deliver the Virginia statehouse to the Democratic Party for the first time in a generation. It was a stunning political realignment for a southern state, and prompted days of prognosticating about President Trump’s own standing with suburban voters nationally in 2020. But while political leaders come and go, the deeper, more lasting force at work is demographics.

Once the heart of the confederacy, Virginia is now the land of Indian grocery stores, Korean churches and Diwali festivals. The state population has boomed — up by 38 percent since 1990, with the biggest growth in densely settled suburban areas like South Riding. One in 10 people eligible to vote in the state were born outside the United States, up from one in 28 in 1990. It is also significantly less white. In 1990, the census tracts that make up Mr. Katkuri’s Senate district were home to about 35,000 people — 91 percent of them white. Today, its population of 225,000 is just 64 percent white.

“It’s a totally different world,” said Charles Poland, 85, a retired history professor whose family has lived in Loudoun County for four generations. His family farm is now dotted with subdivisions filled with four and five-bedroom homes that sell for $750,000. The family legacy is a road named Poland. “If my parents came back today, they wouldn’t recognize the place. The changes came like a tidal wave.”

It’s not just Virginia. From Atlanta to Houston, this pattern is repeating itself — a new kind of suburbanization that is sweeping through politics. The densely populated inner ring suburbs are turning blue, while the mostly white exurban outer ring is redder than ever. Elections are won and lost along that suburban line, and in some places — like Atlanta, Denver, and Riverside County, Calif. — Democrats have begun to breach Republicans’ firewalls.

Much of Virginia has become more diverse since 1990, especially in the suburbs outside of Washington, D.C.

But in other cities — like Charlotte, Indianapolis, St. Louis — the Republican advantage in the outer-ring areas countered the gains that Democrats made in more densely populated neighborhoods.

Democrats took control of the House and elevated Nancy Pelosi to speaker in 2018 because of victories in these fast-changing parts of America, and both parties are preparing for battle over these voters in 2020.

“What was interesting about 2018 was not just that Democrats succeeded in places where they didn’t in 2006, but also that they did as well in places that 10 years ago we never would have considered competitive,” said Amy Walter, national editor of The Cook Political Report, which provides analysis of elections and races.

In Virginia, the political pendulum has swung several times in the statehouse over the past decade. Large swaths of Virginia are still very conservative and Mr. Trump is popular in those places. In 2016, he won 93 of Virginia’s 133 counties, but it wasn’t enough to take the state.

The influx of immigrants and their U.S.-born children, the spread of high-density suburbia and the growth of higher education all tilt the field toward the Democrats. Still, that doesn’t give them a lock on the state, said Larry Sabato, director of the University of Virginia’s Center for Politics.

In the 13th Senate district, where Mr. Katkuri lives, one in five residents are immigrants. The district had been Republican for longer than Mr. Katkuri had been in the United States. He came in 2006 at the age of 25 as a tech worker, and lived for a while in New Jersey. But it was congested and expensive, and crime was high. After visiting a friend in Virginia, he moved.

“You drive from the northeast and you fall in love,” he said of Virginia. The state felt more like what he had imagined America would be. “I like the wide roads and green trees. In India, we didn’t have this.”

Today he works as an I.T. specialist for a company that contracts with the federal government, a job that has landed him in the upper middle class of American society. He drove to the Indian grocery in his silver Tesla. He has a house in the tidy suburb of Arcola a few miles away.

As Virginia’s population has grown it has also gotten wealthier. Households earning at least $150,000 have grown at three times the rate of the population over all.

Mr. Katkuri always thought he would be a Republican in America.

“Taxes, family values, these things are closer to our hearts,” he said. He likes Mitt Romney.

But when he got his citizenship in March and started talking with his friends about whom to vote for in the first election of his life, he realized it had to be Democrats. Mr. Trump helped him decide.

“The way he speaks, you get the feeling that you are separate,” Mr. Katkuri said. “This is not what we signed up for in America.”

The Shift in Virginia’s Vote

In 2000, Virginia Republicans controlled the state government, won a second U.S. Senate seat, and secured the state’s electoral votes for president. By 2019, Democrats had turned the tables.

Note: Colors show the party that won that year’s or the most recent general election. Vacancies and special elections are excluded. Colors for president show the state’s electoral votes, not who was elected. Colors for the State Senate exclude the lieutenant governor, who casts tiebreaking votes. | Source: Ballotpedia

Around the advent of the modern immigration system, in 1965, foreign-born people made up only about five percent of the American population. Now they are nearly 14 percent, almost as high as the last peak in the early 20th century. The concentrations used to be in larger gateway cities, but immigrants have spread out considerably since then.

Some went South. In 1980, 56 percent of adults eligible to vote in Virginia were born in the state. Today, that’s down to 45 percent.

Lakshmi Sridaran, who heads South Asian Americans Leading Together, said that about a third of South Asians in the United States now live in the South. The South Asian population in the South nearly tripled from 2000 to 2017, to 1.4 million.

Of the 10 metro areas that had the largest South Asian growth, five are in the South, said Ms. Sridaran, who was born in Atlanta, after her father took a teaching job at Morehouse School of Medicine in the early 1980s.

One of them was Richmond.

When Dr. Dishant Shah moved to Richmond in 2006 there were just a handful of Indian restaurants and two Indian grocery stores. Today, there are more than 20 restaurants and at least 10 places of worship, including a newly-constructed Jain temple.

“It really has become such a melting pot for huge influx of Indian populations,” he said.

“The political parties start looking and saying, ‘who is this community? How do we engage them?’” Dr. Shah said. Among immigrant groups in the 2016 election, Indians had one of the highest voter turnout rates.

Even more striking are the sheer numbers of Asians now running for office themselves.

When he first arrived, “no one considered that an Indian American would ever run for office,” said Dr. Shah, who ran for a county seat this election, but did not win. “But that’s really changed.”

Mr. Keam, an immigrant from South Korea, said the rise in political participation is generational — a surge in interest among Asian-Americans born and raised in America whose idea of civic participation is very different from those of their immigrant parents. This trend is just now reaching escape velocity, he said.

“The growth that looks like a hockey stick curve just kicked in, with a huge mass of people participating in politics,” he said in an interview. “And it just so happened at the exact moment when a xenophobe with a huge megaphone ran for president on a platform of building a wall, banning Muslims and confronting China.”

In Centreville on Thursday — smack in the middle of House District 40, where the nonwhite population has jumped by more than fivefold since 1990, driven by immigrants from South Korea — several people said Mr. Trump was the reason they voted this week.

“People are just sick and appalled at this president,” said Dr. Charles Huh, a gastroenterologist, as he waited for takeout at the food court in Lotte Plaza Market, a Korean grocery store. “He’s the best thing Republicans have done for Democrats in a long time.”

Still, that doesn’t mean people here love all Democrats. Dr. Huh usually votes for Democrats, but he hasn’t always. He voted for George W. Bush in 2000. He said Elizabeth Warren and Bernie Sanders are too far left for him and that he would vote third party if the Democrats nominated either one.

In a crowded community center on a rainy Thursday night, Mr. Keam was talking to a group of Asian-American community leaders.

“It is literally a new day in Virginia,” he said, a table of snacks set up in the back. He explained that demographic changes meant the people in the room were now in a position to help shape policy.

“Come to Richmond,” he said. “This is really our chance.”

‘You can’t take any of them for granted’: The voters who will sway 2020’s swing states – USA TODAY 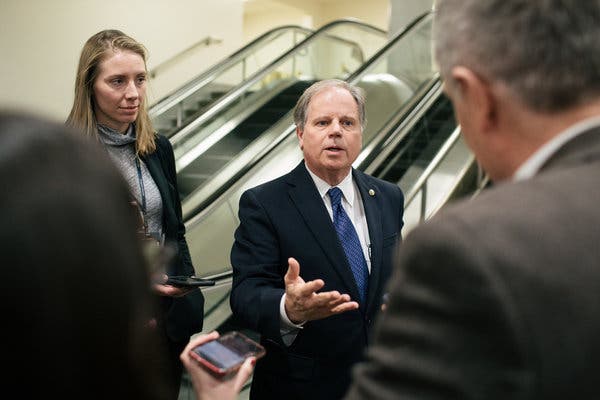 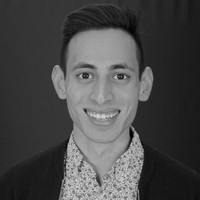 Jeff Bezos Is Becoming the State: The Politics Daily – The Atlantic