<a href="https://www.cbc.ca/news/politics/canada-votes-newsletter-issue21-andrew-scheer-abortion-lgbt-rights-1.5266068" target="_blank" rel="noopener noreferrer">How will Scheer's views on abortion and same-sex marriage impact the Conservatives?</a>  <font color="#6f6f6f">CBC News</font><p>In this week's Canada Votes newsletter, we ask: Will the Conservative leader's personal views on abortion and LGBT rights hurt the party in the polls?</p>

Will his personal views on abortion and LGBT rights hurt Andrew Scheer?

Good question. Maybe there’s a better way to ask it: will it help the Liberals?

This week wasn’t a great one for federal Conservatives. They were neck and neck with the Liberals in the polls and coming off some good weeks, with the release of the ethics commissioners’ report. But then the Liberals went on the attack – and it stuck. Nobody’s talking about Mario Dion today.

The Liberals changed the channel by reviving a 2005 video of Scheer speaking out against same-sex marriage. As the Conservatives pointed out at the time, Scheer wasn’t alone in his opposition to same-sex marriage at the time; even Ralph Goodale, the Liberal minister who tweeted out the 2005 video, voted to endorse the traditional man-woman version of marriage in 1999.

Scheer was asked that question multiple times last week, in a variety of ways. At no point did he offer a clear answer.

Scheer did say that a Conservative government led by him would not re-open the abortion and same-sex marriage debates, and that while backbench Conservative MPs are free to follow their individual consciences, he would “oppose measures to reopen” these debates and is “confident” the caucus “understands that.”

But when it came to Scheer explaining what he actually thinks — personally, even some of his supporters found his words a little wishy-washy.

“On the issue of same-sex marriage, I think what would have helped would have been to hear him say that his own personal views had evolved since 2005, much as (Alberta Premier) Jason Kenney did during the Alberta provincial campaign. He didn’t say that,” Rachel Curran, former director of policy to Stephen Harper, told me on Power & Politics.

As Curran pointed out, Liberals likely will be talking about this day in and day out during the campaign (and in the pseudo-campaign period we’re in right now).

To answer that question, it helps to look at who might be motivated or affected by the aforementioned wishy-washyness.

The Conservatives’ base, most pollsters will tell you, is rock-solid. Yes, there are a number of ‘progressive’ Conservatives who are unhappy with what Scheer said (or didn’t say) this week. That’s not likely to be enough to push them over to a new party – though it could leave many of them less than motivated to get out and vote.

But they’re not the targets for this strategy. Think about the battle for the “progressive” vote shaping up now between the Liberals, NDP and Greens. Think of the bloc of those voters who came out for the Liberals in the last election. They might be disappointed by the purchase of the Trans Mountain pipeline expansion, or by Justin Trudeau breaking his promise on electoral reform.

The Liberals might be worried about those voters throwing their support behind the NDP and Greens. They’re probably more worried about them staying home on election day. What might motivate those voters to get out and cast ballots? A desire to keep Scheer out of office. Why might they want to do that? If they decide his views — even his personal ones — aren’t aligned with theirs.

Don’t take my word for it. I was told explicitly by Liberal cabinet ministers last month that this is the strategy, particularly in Quebec: to associate Scheer with austerity in voters’ minds while pulling on any dangling social conservative threads.

Christian Bourque of the Leger polling firm told me the Liberals’ strategy could work in Quebec.

“One way it may be effective in Quebec is the fact that the pool of social conservatives in the province is very small,” he said.

Shachi Kurl of the Angus Reid Institute cautioned that the Liberals’ will still have to offer their base and progressive voters something more in order to motivate them to show up and vote.

“Obviously some of these things are going to dominate campaigns on certain days of certain weeks,” Kurl said.

“But as we get down to the real essence of a campaign period once that writ is dropped, I think the Liberals are really going to have to emphasize their track record on things like carbon taxation to speak to those left-of-centre voters.”

At the end of the day, those issues and others (climate, the economy, the cost of living) will all move votes. But the ‘who’ matters as much as the ‘what’: people want to know who their leaders are and what they stand for. And while everyone is entitled to their own views and beliefs, when it comes to politicians campaigning for high office, voters are entitled to know what those views are.

Amanda Alvaro  president and co-founder of Pomp & Circumstance
The Liberals will continue to push Andrew Scheer to clarify his murky response on questions about a woman’s right to choose and equal marriage rights. Meanwhile, Liberals will roll out their 2019 campaign theme, Choose Forward, in the form of innovative digital and advertising campaigns, stories about Canadian families and the progress being made on their behalf.

Rachel Curran senior associate at Harper & Associates Consulting
Conservative Leader Andrew Scheer will be focused next week on changing the channel back to Prime Minister Trudeau’s record of ethical breaches and policy failures, as well as highlighting his own plan to lower taxes and make life more affordable for Canadians, after a week on the defensive explaining that he has no intention of opening up settled law on particular social issues.

Kathleen Monk principal at Earnscliffe Strategy Group
New Democrats will be marching with workers on Labour Day, talking about how people deserve a living wage. Fresh from his nomination meeting, Jagmeet Singh will show he’s ready to take on the naysayers and tell Canadians directly: Liberals and Conservatives have had the back of corporations and the well-connected, New Democrats stand with everyday people.

While we’re all waiting for the federal campaign to begin, voters in Manitoba are little more than a week away from casting ballots in their provincial election.

It’s not clear what we’ll be able to take from the results on Sept. 10 as a hint of what to expect on Oct. 21. Provincial elections in Manitoba haven’t exactly been harbingers of federal election outcomes — not since 1988 has the federal party that won the most votes in Manitoba shared the same political hue as the provincial government.

But there’s good reason to wonder what’s going to happen in the federal election in Manitoba: the province is setting up to be surprisingly competitive this fall.

Perhaps as many as half of Manitoba’s 14 federal seats could change hands. The New Democrats will be playing defence in the two seats they hold — one in the north, one in Winnipeg — while the Liberals will be hard-pressed to replicate the big numbers they put up in Manitoba four years ago.

Polls suggest the Liberals have lost a lot of support throughout the province. After taking Winnipeg by a margin of about 24 percentage points over the Conservatives, the Poll Tracker estimates the Liberals to be trailing by about three points in the city today.

Those could prove to be important battlegrounds. Not every seat in Manitoba will be competitive, so realistically the Liberals and Conservatives might be fighting over just four seats in the Winnipeg suburbs.

But that’s nearly half the margin separating the two parties in the Poll Tracker’s seat projection — so those four seats could loom large on election night.

Tap here to go to the full poll tracker

Norbert Klaue asks: What is the most recent amount of our national debt and how did it change over the last years?

Short answer: It’s increased about nine per cent in the last few years.

This year’s budget forecasted that the ratio will decline every year, reaching 28.9 per cent by 2024 (when the debt is projected to be $766.1 billion). Keep in mind: Canada already has one of the lowest debt-to-GDP ratios in the G7.

Let’s take a look at the deficit.

A quick refresher: The federal debt is all the accumulated deficits, minus the surpluses, at the federal level (the overall national debt is significantly higher when provincial deficits are added). A deficit is when Ottawa spends more revenue than they bring in over a specific time period ⁠— usually a fiscal year.

As you’ll likely remember ⁠— and as the Conservatives have been trying to remind Canadians ⁠— Prime Minister Justin Trudeau promised a balanced budget while on the campaign trail in 2015. He backed down from that promise in early 2016.

Conservative Leader Andrew Scheer also made an ambitious promise in 2017 that he would balance the books in two years. This May, he stepped back from that pledge, increasing the timeline to five years.

Now to the numbers.

The deficit this year is expected to be around $15.7 billion, increasing to $22.3 billion by 2021. After that, it’s set to decline pretty significantly.

The last year that Stephen Harper was in office, the government posted a surplus of $1.9 billion.

But right after the 2015 election, a report from the Parliamentary Budget Officer showed things weren’t actually so rosy. He predicted deficits averaging $4.3 billion a year for five years if Harper had won another mandate and continued on the same fiscal track.

Have a question about the October election? About where the federal parties stand on a particular issue? Or about the facts of a key controversy on the federal scene? Email us your questions and we’ll answer one in the next Canada Votes newsletter.

Liberals, NDP missing incumbents where they need them most

Losing an incumbent MP hurts in an election campaign — but losing some incumbents hurts more than losing others. That’s something the Liberals and New Democrats could discover to their sorrow in October. Read the full analysis from Eric Grenier

The Liberals have dumped a candidate in Quebec after B’nai Brith Canada accused Hassan Guillet of making a number of anti-Semitic and anti-Israel statements. Read more here

The party leader spoke to reporters Friday night at an event where he was formally confirmed as the candidate for Burnaby South in British Columbia. Read the full story here

Thanks for reading. If you’ve got questions, criticisms or story tips, please email us politics@cbc.ca. 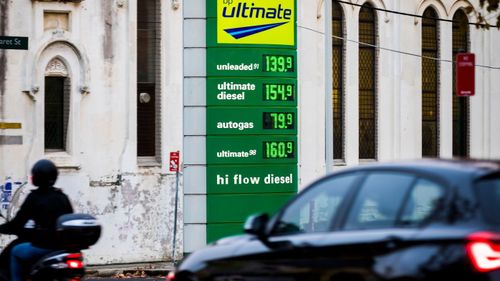 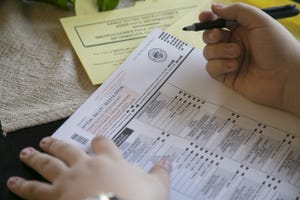