In Virginia Suburbs, Republicans Sound a Lot Like Democrats – The New York Times

VIRGINIA BEACH — As Glenn Davis seeks a fourth term in Virginia’s House of Delegates, he is going door to door with campaign literature touting his role in expanding Medicaid, his efforts to address gun violence and his support for L.G.B.T.Q. anti-discrimination legislation. There’s a photo of him with the state’s Democratic governor, Ralph Northam.

Yet Mr. Davis is a Republican. He voted with his party to adjourn a special legislative session on gun control that Mr. Northam called this summer — 90 minutes after it began. When he campaigned for lieutenant governor in 2017, he said he was “running to do exactly what Donald Trump did in Washington.”

Now, he is among a coterie of Republicans who are campaigning on issues long identified with Democrats ahead of Tuesday’s elections for the Virginia legislature, shifting away from a Republican base that in the age of Trump can no longer win suburban elections on its own.

“We have a little bit of a messaging issue, we do,” Mr. Davis said in an interview this week.

After congressional Democrats retook a House majority last year by sweeping Republicans out of suburban districts across the country — including three in Virginia — next week’s off-year elections here will test whether voters angry with the president will make an independent judgment on other Republicans.

Now there is a wholesale recognition that the Trump-aligned Republican brand is toxic in the booming suburbs of Norfolk, Richmond and Washington. After back-to-back shellackings in Virginia’s 2017 and 2018 elections, Republicans cling to one-seat majorities in the State House of Delegates and Senate as voters prepare to decide the fate of all 140 state legislators.

The indications are that Republicans are in trouble. Democrats, as they did here the last two years, have raised far more money. Michael R. Bloomberg’s gun control organization, Everytown for Gun Safety, has poured $2.5 million into races, all for Democrats.

And a Christopher Newport University poll of four competitive State Senate districts, released on Monday, found that 59 percent of likely voters said they were disinclined to vote for a pro-Trump candidate, and that Democrats held a 51 percent to 38 percent advantage when likely voters were asked which party they preferred to control the legislature.

It’s the latest indignity for a Republican Party that won every presidential contest in Virginia from 1968 to 2004, before Barack Obama carried the state twice. Hillary Clinton beat Mr. Trump by five percentage points, and few strategists with either party consider the state likely to be competitive in 2020. Just 27 percent of Virginians approve of Mr. Trump, while 53 percent disapprove, according to an August poll from Roanoke College.

Republican strategists in the state acknowledge that the top issues for voters in key districts in next week’s elections are expanding health care coverage and enacting gun control, political terrain that favors Democrats.

No Republican has won a statewide race since 2009. The party’s nadir came last November when Corey Stewart won its Senate nomination on a platform of restoring Confederate monuments and of fealty to Mr. Trump. Mr. Stewart lost to Tim Kaine, the Democratic incumbent, by 16 points.

“We haven’t had a quarterback for 10 years,” said Pete Snyder, a Northern Virginia technology executive who ran for lieutenant governor in 2013 and is weighing a run for governor in 2021. “When that happens you have a million people doing it their own way. Some will run on core conservative issues and some will try to bleed away the edges and run as Democrat-lite.”

He added, “Not that I recommend the latter.”

In the Richmond suburbs, Glen Sturtevant, a Republican state senator, called himself “independent minded” in a Twitter thread boasting of times he’d broken with party leadership. In television ads, he says he’s fighting health insurance companies over denying coverage for pre-existing medical conditions and “surprise billing.” He had opposed Medicaid expansion for years before voting for it in 2018, and backed legislation that would have allowed insurers to offer “catastrophic” plans that do not cover pre-existing conditions.

Siobhan Dunnavant, another Republican state senator from outside Richmond, says in an ad that she “supported a federal ban on bump stocks used in mass shootings.” She voted in the State Senate to block a bump stock ban in 2018.

And ads for Randy Minchew, a former Republican delegate aiming to retake his old seat in Loudoun County, northwest of Washington, say he favors “stronger laws to keep guns out of the hands of those who would do us harm.” Mr. Minchew carried an “A” rating from the National Rifle Association in each of his last two campaigns.

Mr. Sturtevant, Ms. Dunnavant and Mr. Minchew each declined to be interviewed.

“We’ve come a long way in Virginia that the Republican Party is trying to run on Democratic issues,” said Terry McAuliffe, a Democrat who was governor from 2014 to 2018. “These are the same cats who fought me on Medicaid, who fought me on guns, on the environment and on women’s issues every single day.”

Republicans remain split on how to define themselves. John Whitbeck, a former state Republican chairman who resigned in protest when Mr. Stewart won the 2018 Senate nomination, said the party was adapting to a changing Virginia.

“When you have a state that is transitioning to light blue the last few years, the Larry Hogan Republican brand has a better chance of success in the suburbs,” Mr. Whitbeck said, referring to the moderate Maryland governor.

Mr. Stewart, in an interview, dismissed the attempts to appeal to Democrats as doomed to fail.

“It’s never worked. It never will work,” he said by phone from Hawaii, where he was vacationing before the election. “You can’t win by abandoning your base and trying to outflank the Democrats to the left. It amounts to political cowardice.”

Today’s Republican Party of Virginia is aiming to have it both ways. John Findlay, the party’s executive director, said its base voters “understand that maybe if there is something that I disagree with, it pales in comparison to where the Democrats want to take us.”

Yet the party is sending get-out-the-vote mailers with Mr. Trump’s photo and the caption “Stop Impeachment.” The other side shows House Speaker Nancy Pelosi and the word “Coup.”

Mr. Davis’s Virginia Beach district looks like scores of others that Democrats have seized from Republicans since Mr. Trump’s election. Though Mr. Trump carried it by five points in 2016, voters have since shifted away from Republicans. Mr. Davis won re-election by 3.5 points in 2017 while voters backed Mr. Northam for governor by five points. And Mr. Kaine carried the district by more than nine points in the Senate race last year.

Mr. Davis tells voters that “I hate politics” and says he is committed to restoring a civility that rises above the negative campaign ads they see on television. He is being swamped by attack ads from his Democratic opponent, Karen Mallard, who has received $208,000 from Emily’s List, which backs Democratic women who support abortion rights. (Virginia has no limits on campaign contributions.)

Mr. Davis can afford no TV ads of his own. Despite the disparity, he turned down $145,000 from the state’s Republican House speaker, Kirk Cox, because Mr. Cox stipulated that the funds be used to air ads attacking Ms. Mallard.

“There are certain things I put before politics, and one of them is civility,” Mr. Davis said. “People don’t want to see negative hit pieces.”

Ms. Mallard, a local teachers’ union official who lost a 2018 primary for Congress after publishing a video of herself sawing an AR-15 in half, attributed Mr. Davis’s focus on Democratic issues to voters’ demand for action on them.

“I’ve knocked on thousands of doors, and I will tell you that almost every door that I knocked on, they want something done about gun violence,” she said. “They want to do something about health care and they care about education.”

Mr. Davis says in his campaign literature that he has “spearheaded efforts” to push “gun safety legislation.” But he has been endorsed by the N.R.A. and has received an “A” or “A–” rating from the group in each of his legislative campaigns.

“The whole concept of gun safety is to be able to understand how to handle a firearm safely,” he said.

“In 2019, being against gun safety is a political loser, which is why I think you’re seeing so many N.R.A. A-rated candidates pretending to support gun safety when they don’t,” said John Feinblatt, the Everytown president.

As Mr. Davis went door to door this week, he spoke with voters as a torrent of Democratic ads pulsed from TV sets.

While he chatted with Barbara Gray, a 63-year-old retired nurse, a Mallard ad attacking Mr. Davis blared from the TV behind her, accusing him and Republicans of blocking Medicaid expansion.

Ms. Gray told Mr. Davis of her own fights with insurance companies to cover her kidney disease. Insurance companies and hospitals, she said, should not make money off the sick. Mr. Davis told her of his support for Medicaid expansion. By the end, Ms. Gray, who said she was no fan of Mr. Trump, said she would consider backing Mr. Davis. 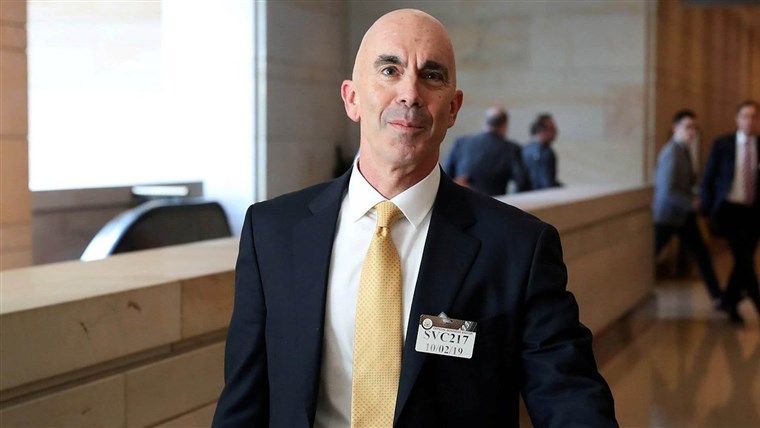 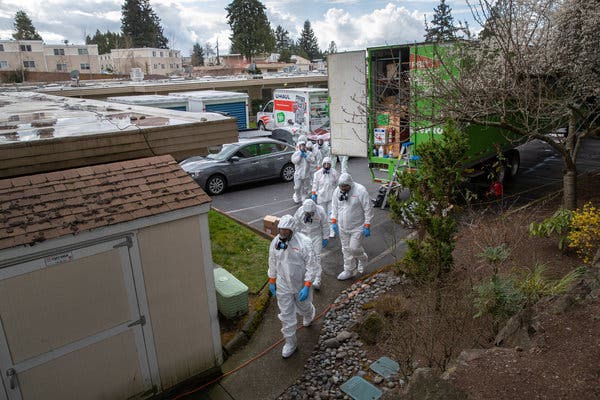 Afraid of Coronavirus? That Might Say Something About Your Politics – The New York Times