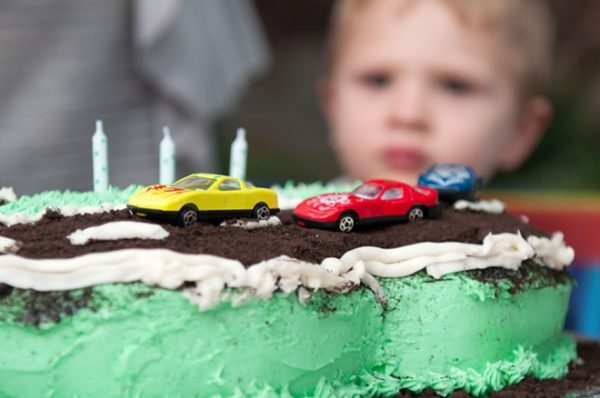 Could this photo of this 3-year-old’s car-related birthday cake someday be used to steal his identity?

With the notable exception of your 21st, birthdays are generally not considered particularly dangerous.

Nor has anybody knowing your birthday generally been considered dangerous. Hell, even Gillette often knows your birthday — thanks in part to a variety of public databases — which is why they send a lot of guys a free razor on their 18th birthday.

But yet at the same time, the Washington State Legislature is prepared to pass legislation to redact the dates of birth from Washington state employees from public records requests, arguing that allowing the public to obtain the dates of birth of state employees represented a risk to their privacy and safety. In particular, employee unions have raised concerns about identity theft.

The measure comes after a Washington state Supreme Court case last year, where the Freedom Foundation, an anti-union organization, successfully argued that employee birthdates were public. The Freedom Foundation had been requesting employee information as part of their efforts to persuade state employees to stop paying their union dues.

But a majority of judges on the state court concluded that state employee birthdays are very much a part of the public record.
“No Washington case has ever held that employee birth dates associated with names are private,” they ruled last year. “While preventing identity theft and the misuse of personal information is an important policy objective, we must recognize that the [Public Records Act] embodies a critical public policy in its own right.”

But as a result, the Washington State Legislature is looking likely to pass House Bill 1888, which would officially prevent state employee birthdays from being released to most citizens.

So is it actually risky for people to know your birthday? The Inlander spoke with Spokane Police Detective Stacey Carr, who says that your birth date is useful for an identity thief, but it’s not enough by itself.

“If I were to steal your identity, I would need a little bit more,” Carr says. A social security number is particularly useful.

“Your veterinarian does not need your social security number,” Carr says. “Keep that card locked up.”

And be particularly wary of those silly little Facebook quizzes that ask questions like “what was your first pet” and “what was your mother’s maiden name.” In general, the more information a thief has, the more they can pretend to be you when they tries to get into your bank account or steal your cell phone information.

A birth date, whether for a detective, a journalist, or a con artist, is a useful thing to have.
“If I want to track someone down, I go to their Facebook. I look for their birthday wishes on their profile,” says Carr. “So then I can figure out probably what day they were born. So it helps me build information on the suspect. I can usually find out when they graduated from high school.”

Your birth date is probably already out there, Carr says. But you probably shouldn’t go out there and shout it from the rooftops, or on Facebook.

Others came to similar conclusions. In 2008, Snopes took on the question of whether searchable birthday databases could be used to steal your identity, and concluded that “a scammer generally needs something more than that (such as a social security number, at least) to start applying for charge cards or opening lines of credit in someone else’s name.”
Still, a 2013 NOVA story says that, by using a birthdate and location, a thief could theoretically brute force their way to correctly identifying a social security number in certain instances. But it also notes that it’s unclear whether identity thieves go to all that trouble. More typically, thieves go the simpler route of stealing identities in bulk — by, for example, using social security numbers after scammers tricked credit bureaus into selling to them.

“Thieves are not going after one identity but thousands or millions of them,” says Cormac Herley, a security expert with Microsoft Research.

It’s not clear whether public records request in Washington state have ever been used to aid in identify theft: After all, use a public records request to try to steal someone’s specific identity, you yourself would create a record of that request — and possibly trigger a third-party notification to the intended victim.

The worries from public employees, however, go beyond pure identity theft. Lucinda Young, lobbyist for the Washington Education Association, argued in a committee hearing that protecting birthdates was also about protecting employees from stalking, harassment and domestic violence.

“When you have a date of birth, you can find where an individual lives,” Young says. “There is a direct link.”

Union representatives shared stories about death threats made against psychiatric employees and about a bus driver who’d survived domestic violence.

“The stories that I heard were compelling,” says Washington state Rep. Marcus Riccelli, noting “the ease that somebody could go to get that information targeting a specific entity and their place of employment.”

But that’s where another issue comes in: If you vote in Washington state, your birth date — and a lot more — is almost certainly already publicly accessible.

“I carry around the birth dates of 3.7 million Washingtonians in my phone,” says Toby Nixon, president of the Washington Coalition for Open Government. “Anybody can download the voter registration database from the Secretary of State.”

I did just that. The voter registration database is a 700-megabyte text file that has so much information that it tends to crash the OpenOffice application when I try to open it. It includes not only your name and date of birth, but also your home address, your gender and a record of every time you voted.

If I made a records request of a list of state employee information, their home addresses would be already exempt from disclosure. But that’s not the case with the voter registration database — nearly everyone’s address is right there. I can tell you Gov. Jay Inslee’s home address, and when he and his wife celebrate their birthdays.

Not only that, but within a minute, I was able to use the voter database to find the home address of one of the state employees who shared his story about being targeted by having his home address posted on an anti-psychiatry website — and a record of every election he’d voted in.

The voter database is one reason why some transparency advocates, like the Seattle Times editorial board, have suggested the efforts of House Bill 1888 are more about protecting union dues than, say, identity theft.

“Whenever they’re talking to the public it’s a bill about safety,” says Rowland Thompson, lobbyist with Allied Daily Newspapers of Washington. “But when they’re talking to me, it’s all about how they want to make sure the Freedom Foundation can’t get access to their birthdates.”

After all, the voter database alone isn’t all that helpful for the Freedom Foundation — they’re looking to identify lists of state employees to contact, and the voter registration file doesn’t include information about a person’s occupation.

But the voter database is useful for politicians. Many of the same state representatives who voted to protect the birth dates of public employees from public record requests, use the voter database every two years to know which doors to knock on and who to send mailers to.

Fortunately for those who’ve been targets in the past, there’s an alternative: The state allows victims of stalking and domestic violence — and criminal justice employees who’ve been harassed — to register with the Address Confidentiality Program. Around 4,500 Washingtonians are members of the program. On public records, their address simply shows up as a P.O. box in Olympia.

But even for employees who aren’t in danger, there’s the feeling of an invasion of privacy.

Imagine, Washington Education Association spokeswoman Linda Mullen says, some stranger calling your boss and demanding that he fork over your private information.

“Public employees don’t believe that their personal information should be available through their employer,” Mullen says.

Even though most state employees are part of the voter registration database, there are some people, like, former state Sen. John Smith, where a birth date might be necessary to narrow them down. For journalists, that’s an important step to take before accusing them of a crime.

Smith tells the Inlander he recalls being held at the Canadian border for several hours on Sept. 12, 2001, while being cross-referenced with all the other John Smiths.

“Apparently, then, there were over 75 with outstanding felony warrants,” Smith says.

Records related to public identity can be crucial to holding public figures accountable: In fact, last year, the Inlander used voter registration information, including names, birthday and a home address, in order to identify that a former Freedom Foundation employee had become the pseudonymous author of a post-apocalyptic fiction-writing star in the Redoubt movement. And then it used the same database to confirm that his new wife, another pseudonymous prepper fiction author, was another former Freedom Foundation employee.

The birth date exclusion bill that passed the House, at least, established an exemption for media outlets. I would still be able to get the full birth dates of public officials through records requests. You probably wouldn’t.

But that’s a privilege that many journalists are uneasy with.

“We believe one should be able to access information about those who work for and on behalf of them, regardless of their profession,” the Society of Professional Journalists Western Washington wrote in a statement opposing House Bill 1888. “Gatekeeping who can and cannot access information is contrary to our belief that a thriving democracy relies on an informed public.”

In fact, at one time, the names, home addresses and phone numbers of most people in a city were publicly available to anyone who wanted to crack open a big thick yellow book. But even then, there were people who were uncomfortable with that. 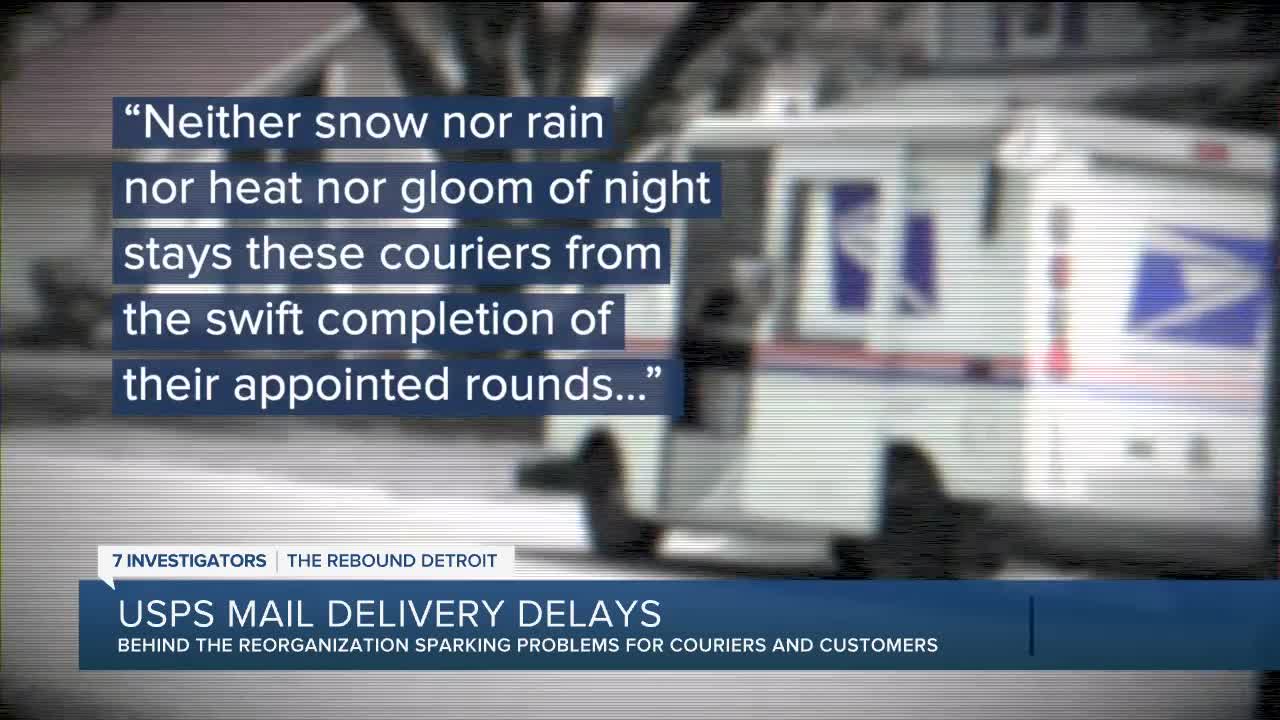 ‘We need to take the politics out of it.’ Local man concerned over mail delays – WXYZ