<a href="https://b-townblog.com/2019/07/09/letter-to-the-editor-all-politics-are-local/" target="_blank" rel="noopener noreferrer">LETTER TO THE EDITOR: ‘All Politics Are Local’</a>  <font color="#6f6f6f">The B-Town Blog</font><p>EDITOR'S NOTE: The following is a Letter to the Editor, written by a Reader. It does not necessarily reflect the opinion of The B-Town Blog nor its staff:] All.</p>

[EDITOR’S NOTE: The following is a Letter to the Editor, written by a Reader. It does not necessarily reflect the opinion of The B-Town Blog nor its staff:]

All Politics Are Local

In this year’s general election, Burien will choose three City Councilmembers. The Highline District votes for three School Board positions. Burien residents also vote on Port and County Commissioners. These local elections are often ignored by community members, but we encourage you to take them seriously.

Local elections have state-level impact
State lawmakers care about what is happening in the towns and counties they represent, and they take that information with them to Olympia. Smaller jurisdictions can pass ordinances that later inspire statewide legislation. Local government has the opportunity to lead or to demonstrate that policies can be effective.

Local officials are responsible for upholding state and national laws, and all communities prioritize to enforce some laws more actively than others. Law enforcement decisions matter to our day to day lives. Police fulfil many roles: crime prevention, community engagement, social network, liaising with schools. Which ones they emphasize can be dictated by the local government, and can mean the difference between a law and order approach and a community involvement one.

Local elections matter, but turnout is low
Because so few people vote in local elections, those who do vote have an outsized impact on local policies that impact everyone. In Burien’s 2017 elections, 31% of those who could vote, voted in the primaries and 42% in the general election. Decisions that impact day-to-day life are decided at the local level and more than half of eligible voters are choosing not to participate.

Some of the issues decided at a local level are:

Key issues 2019
In the next few months, we will be focusing on Burien’s city council and school board races. ACLU Burien People Power does not endorse candidates, but we do ask candidates about issues that will impact people’s rights. Every city and county has hot issues. Some of the things ACLU-WA will be focusing on this year:

We will be using this space in the coming months to highlight some of the local campaigns that will impact us the most, and how we as voters can make sure our choices are deliberate and our leaders represent us.

The Primary election is August 6th. You still have time to register to vote or update your voter registration by visiting https://olvr.votewa.gov. The deadline for online or mail-in registration is July 29th.

About ACLU Burien People Power
The ACLU Burien People Power team is part of the ACLU’s grassroots member-mobilization project. Through public speaking, trainings, letter writing, dialogue with public officials, and public engagement we affirm our American values of respect, equity, justice and solidarity. In our actions we support our community and the rights guaranteed to all in the laws and the Constitution of our nation.

[Have an opinion or concern you’d like to share with our ~100,000+ engaged monthly Readers? Please send us your Letter to the Editor via email. Include your full name, please cite your sources, remain civil and – pending our careful review – we’ll consider publishing it.]

By-elections 2019: All politics is local in Dublin Mid-West – Irish Examiner

The Householder bribery scheme unveiled millions in secret spending. But dark money has been in Ohio for a while. – Cincinnati.com 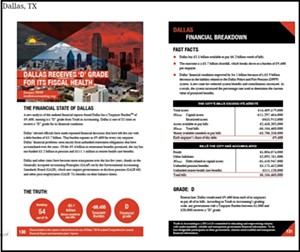 In Dallas Politics, Telling the Pigs from the Socialists – Dallas Observer