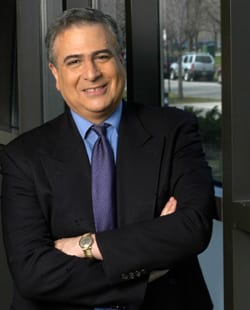 Most policy discussions about the pandemic focus on the agonizing trade-off between public health and economic survival. That’s understandable — those are the central issues — but they have overshadowed two other major questions: Is the crisis shifting more power to Washington, D.C.? Is it undermining essential legal protections and, if so, for how long?

National crises often lead to more centralized power. But everything about this one is unusual, including President Trump’s decision to let state and local authorities make nearly all decisions about daily life and business activity. Washington provides expert advice, policy guidance, backup supplies, emergency personnel, and massive funding. It has not issued national mandates. Trump has refused to shift more power to the central government.

Trump’s approach contrasts sharply with Washington’s one-size-fits-all response to the oil crisis of 1973-74. To save gasoline, Congress passed, and Richard Nixon signed, a bill setting a new national speed limit, 55 mph, to be applied everywhere in the country. It wasn’t popular everywhere, particularly in the sprawling and sparsely populated West, but the feds had a hammer for states that didn’t want to comply: no 55 mph limit, no federal highway money.

Washington planners also demanded every state let drivers turn right at red lights.  The Energy Policy and Conservation Act of 1975 required it if states were to receive any federal energy-conservation money. That rule, like the national speed limit, fit some locales better than others. In Boston, for example, politicians initially resisted the idea. They knew local drivers considered stop lights little more than “suggestions.” Permitting right-on-red would only add to the chaos. No matter. They buckled rather than lose Washington funding.

Trump’s reliance on federalism was entirely different, and it caught the left by surprise. When the crisis began, liberals voiced their long-standing criticism: Trump is a wannabe dictator who will use this crisis as an excuse to exercise authoritarian power. He hasn’t. He’s blustered and fulminated from the podium, as usual, but he hasn’t seized more control. There have been plenty of complaints about power grabs and draconian rules, but those have been directed at governors and mayors, not the president.

“Abuse of power” is a common complaint during crises, after the initial surge of solidarity has faded. Government leaders, who are ultimately held accountable for results, suspend the rules so they can act swiftly and decisively. They want to avoid social disruption — to suppress it, if necessary — as they mobilize essential resources. That’s why Abraham Lincoln suspended habeas corpus, Woodrow Wilson the First Amendment, and Franklin Roosevelt the basic rights of Japanese Americans. The crises were national, and it was national leaders who shoved aside the normal rules. Any pushback was directed at them.

Again, this crisis is unusual. The White House has set guidelines and urged compliance, but it is state and local officials who issue and enforce nearly all mandates. The president refused to shut down the country with uniform national rules. The closest he came to commanding private actors was invoking the Defense Production Act, which forced several firms to produce critical supplies, and he did so reluctantly. Trump has actually encouraged political protests, not suppressed them, probably because most were aimed at Democratic governors. He has urged Attorney General Bill Barr to fight excessive local restrictions in the courts.

Americans are right to worry about stringent, coercive limits on their lives; many are facing financial ruin. They are right to worry about arbitrary government action; many trample basic rights of free association, religious expression, and property ownership. They are right to see city, county, and state officials grasping for more power over the economy and society. But they are wrong to assume the goal of these emergency rules is to grab power. The goal is to protect public health, not launch mini dictatorships.

The accretion of executive power is a by-product of the shutdown orders, not their purpose. That’s true in nearly all real emergencies, particularly in major wars, and it is true in this one. The losers, besides those squeezed by the restrictions, are the legislatures that debate issues. The winners are executive branch officials who issue orders and implement solutions. They gain political power, whether that’s their goal or not.

Will these changes last beyond the crisis? Probably not. State and local officials already face mounting public resistance, even as the pandemic continues. Federal courts are taking hard looks at restrictions on speech, worship, protest, and business operations. They are skeptical of executive orders that override statutory laws. Judges are unlikely to waive constitutional protections for any extended period, if that.

Restoring these fundamental rights is welcome news. So is the renewed emphasis on federalism. With all the pain COVID-19 has wrought, we could use some good news.

After the Protests: How Will Hong Kong Vote? – The New York Times