Local politicians, college activists to McConnell, Paul: ‘Our democracy is not for sale’ – Courier Journal

Local politicians and young activists united Friday evening to call on U.S. Sens. Mitch McConnell and Rand Paul to support the impeachment and removal of President Donald Trump — but the Kentucky’s senators are unlikely to acquiesce to their demands.

Friday’s rally included members of the University of Louisville’s Young Democrats group and MoveOn, a national, progressive organization. It also featured prominent Louisville Democrats, including state Rep. Charles Booker, who may run against McConnell in 2020. Booker opened an exploratory committee for a senate run last week.

Booker addressed the room of a few dozen in the back of Odean, 1335 Story Ave., by saying he was inspired by the folks who came out on a Friday night to talk about impeachment.

“We’re taking a stand today and making our voices heard, to declare that no one is above the law and that our democracy is not for sale,” Booker said. “This isn’t just about whether you want to see Donald Trump out of office, or whether you like him. As much as folks want to make this a Democrat or Republican thing, this moment is too important for politics, it’s too important for those games.”

Booker said Trump is using his office to bribe and extort foreign governments to investigate Americans for political gain, “treating Americans as political poker chips, and ignoring the true concerns of the American people,” from education to healthcare to poverty.

Metro council leader David James stood in the back of the room, yelling “preach” and “amen” as speakers addressed the articles of impeachment currently in the U.S. House of Representatives.

McConnell and Paul both have criticized the U.S. House of Representatives’ impeachment inquiry into allegations that Trump pressured the president of Ukraine to publicly commit to launching investigations that concern presidential candidate Joe Biden, as well as interference in the 2016 presidential election.

He also has pushed for the public disclosure of the identity of the whistleblower who reported information about a July 2019 phone call between Trump and Ukraine’s president, which helped spark the House impeachment inquiry.

Last week, Paul even publicly repeated the name of a person whom conservative websites and social media accounts have claimed is the whistleblower, despite federal protections that are supposed to shield such individuals from retaliation.

McConnell, on the other hand, has kept his criticisms of the impeachment inquiry primarily confined to the way House Democrats have conducted the process.

He also has criticized House Speaker Nancy Pelosi and other Democrats for focusing on impeachment instead of on moving forward with important priorities like the proposed U.S.-Mexico-Canada trade agreement.

More: Gordon Sondland hearing: How McConnell and his 2020 challengers did (or didn’t) react

However, McConnell also said this week that he “can’t imagine a scenario” in which the U.S. Senate would actually remove Trump from office.

As Senate majority leader, McConnell would have significant control over how a trial of Trump would be handled by the chamber, assuming the House approves articles of impeachment. 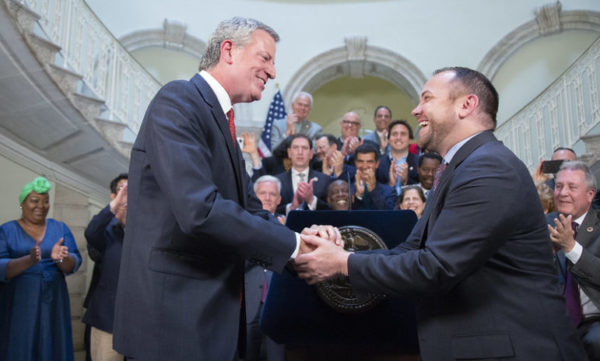