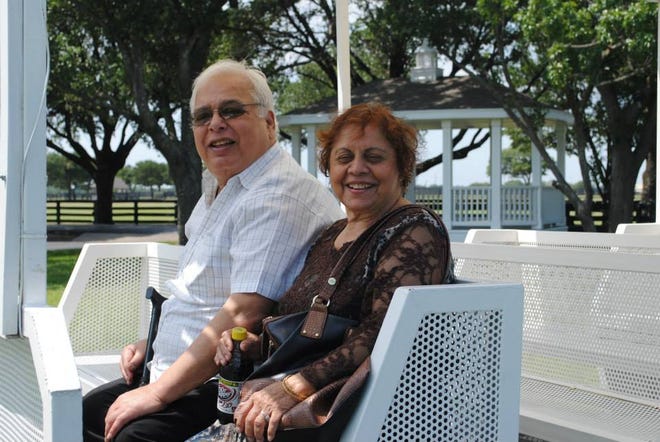 This story is part of Loved and Lost, a statewide media collaboration working to name and celebrate the life of every New Jersey resident who died of COVID-19. To learn more and submit a loved one’s name to be profiled, visit lovedandlostnj.com.

Sabahat Khan summed up his father’s life philosophy by recalling a walk they took in New York City.

“And he said to me, ‘It’s not for me to judge what he’s going to use it for or if he needs it. The fact that somebody is sitting on a street corner and begging for money tells me that’s somebody who’s in need.’ ”

Shafqat Khan — husband, father of three and grandfather of seven — died at the age of 76 on April 14.

Before he was diagnosed with Parkinson’s disease in recent years and spent his last days in a Jersey City rehabilitation facility, Khan worked in retail management for many years, including a stint as general manager of a convenience store with a pharmacy in Brooklyn.

He was active in Jersey City’s Pakistani community as the founder of Pakistanis for America, helping fellow immigrants understand politics better in their new country.

Loved and Lost:Lucy Sarappo was fiercely independent with a generous side

His son said that when the 9/11 attacks occurred, his father also focused on educating those in the U.S. about the Pakistani people and the larger Muslim community.

“After the events of 9/11, there was a lot of discrimination and basically stereotyping and racism against Muslims and the Pakistani community,” Khan said. “So my dad got very involved in not only showing the rest of the world what Pakistan is all about, but also that the Muslim religion is not a religion of fear and terrorism.”

His father was recognized for his work by local and state leaders over the years, but he never made a big deal about his efforts. He always maintained his humility.

“I’ll tell you that it never ever came up in conversation,” Sabahat Khan said. “I don’t remember one single instance in which he sat back and reflected and said he did such a fantastic job helping people.”

What to do if you aren’t registered to a political party in California – ABC10.com KXTV