N.J. political leader says she was harassed. Now, women are clashing over how to respond. – NJ.com 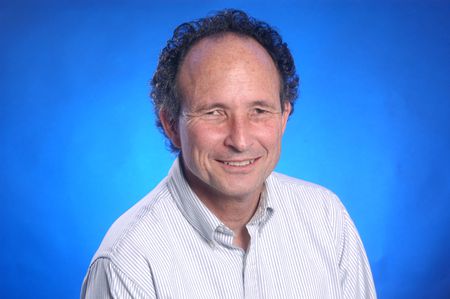 <a href="https://www.nj.com/news/2020/06/nj-political-leader-says-she-was-harassed-now-women-are-clashing-over-how-to-respond.html" target="_blank" rel="noopener noreferrer">N.J. political leader says she was harassed. Now, women are clashing over how to respond.</a>  <font color="#6f6f6f">NJ.com</font>

Sussex County Democratic leader Katie Rotondi says her counterpart in neighboring Warren County made her uncomfortable from the day they first met for breakfast in a local diner last year.

Tom Palmieri, the Democratic chairman in Warren County, made flirtatious jokes at that first meeting, said Rotondi, 33. Then, he touched her shoulder and the small of her back at political gatherings and gave her hugs and whispered in her ear at other events, she said.

At a July 4th weekend fundraiser at Gov. Phil Murphy’s home, she says he joked about drugging her drink.

Palmieri denies all of Rotondi’s accusations, which were first reported by Politico last month, including making any comments about drugging her drink.

Two other women, both active in local politics, who came forward after Rotondi went public with her story, told NJ Advance Media last week they also had similar experiences with Palmieri. Both women, who asked not to be named because they feared political reprisals for speaking out, said the Warren County Democratic chairman made flirtatious remarks and subjected them to unwanted touching. One of the women also said Palmieri made a joke about drugging her drink at a party.

None of the women reported the alleged behavior. Palmieri denied ever doing anything inappropriate with the women and said Rotondi’s accusations are politically motived.

“The individual who has publicly accused me holds the same volunteer position as I do in another county and is trying to distract attention away from a vote on her leadership next week. The motives of those who would accuse me anonymously speak for themselves,” Palmieri, who is in his 60s, said in a statement.

After Rotondi went public with her allegations last month, Palmieri’s supporters quickly lined up a letter signed by more than 20 women in New Jersey politics, predominately from the Warren County area, who said the veteran chairman’s reputation is “unimpeachable” and Rotondi “should be ashamed of herself” for making the allegations. Other women released similar statements in his defense.

Those statements triggered a new fight in New Jersey politics as another group of women — lead by a committee organized by Senate Majority Leader Loretta Weinberg, D-Bergen — released their own statements saying the women defending Palmeiri were out of line.

“The concerted effort to discredit women as soon as they muster the courage to come forward serves as a deterrent that has long prevented many survivors from speaking up,” said the statement from the 15-member Workgroup on Harassment, Sexual Assault and Misogyny in New Jersey Politics, which Weinberg organized earlier this year in response to a NJ Advance Media investigation into widespread sexual harassment in state politics.

The polarizing response to Rotondi’s allegations are part of a national debate over how women should respond when a colleague makes a sexual harassment complaint. Should you always give the woman the benefit of the doubt? Stay silent until there is an investigation? Or do women have a responsibility to speak up when they believe the accusations against a man are false?

Katie Brennan, a former volunteer with Gov. Phil Murphy’s campaign who made a high-profile rape accusation against one of his aides, said Rotondi was unfairly undermined by women in her own party.

“Just because someone never hurt you does not mean they have never hurt anyone else,” Brennan said in a statement in support of Rotondi.

“How many times must we say it? Start with supporting victims– no matter their party,” added Brennan, who recently reached a $1 million deal to settle a lawsuit against the state and the Murphy campaign over how her rape allegation was handled.

The turmoil over the response to Rotondi’s harassment allegations comes as alleged sexual harassment and misogyny in New Jersey politics has been under a spotlight.

Women in state and local politics have long complained about the lack of female heads of the county political parties. The county Democratic and Republican chairs, who hold great power in choosing which candidates run with the party’s endorsements, have historically been overwhelmingly male in New Jersey.

Rotondi has had a difficult tenure as chairwoman of Democrats in the Sussex County, where she has been accused of dividing the county organization. She’s facing a bid within her party to oust her as the party leader in one of New Jersey’s most Republican-leaning counties.

Sixty people in her party signed a “no confidence” letter questioning her professionalism and calling for her removal. She said some in the party have questioned her leadership because she is open about having bipolar disorder. She faces a June 9 reelection vote.

But she said her re-election is unrelated to her allegations against Palmieri.

Rotondi said she first met Palmieri, her counterpart as party chairman in Warren County, at a diner for breakfast last spring after she became the head of the Sussex County Democrats.

“Out of the blue said to me, ‘Every woman wants to sleep with me.’ I was caught off guard. It wasn’t a proposition, but it was not really called for,” said Rotondi, a local insurance agent who was first elected head of his county’s Democrats in 2013.

She said Palmieri turned the awkward moment into a self-deprecating joke, saying no one would want him. “Look at me,” he said.

But, Rotondi said the flirtatious talk continued at other events accompanied by unwanted touching. At a 4th of July weekend party last year, Rotondi said she put down her drink to take a photo with the governor and first lady.

When she returned, she told those with her, including Palmieri, that she was going to throw out her drink because it had been left unattended. She mentioned she had friends who had been sexually assaulted after drinking spiked drinks and shared that she was a rape survivor and had been the victim of a physically abusive relationship in the past.

When Palmieri heard her, he joked, “I did drug it,” Rotondi said.

Another woman in Democratic politics in Warren County said Palmieri made a similar joke about drugging her drink at a state Democratic Committee event in 2015 after she noted she left her glass unattended.

“He looked at me straight-faced and said, ‘How do you know you can trust me?’ Being nervous, I laughed, then threw my drink out. You can tell he was intoxicated. He was touching, putting his arm around me,” said the woman, who asked that she not be identified.

She said she heard Palmieri joke with another young woman about drugging her drink at a brunch fundraiser a few months later.

A third woman, a local party leader in a neighboring county, said she also had problems with Palmieri making flirtatious comments and touching her inappropriately at political events over the last year.

“It’s a little more than a typical man in politics,” the local party official said. “It almost immediately escalated into flirtation and sexual suggestions … I’m fairly certain that Katie’s not lying.”

Chip Robinson, chairman of the Morris County Democratic Committee, said Rotondi mentioned to him on the drive home from the Murphy’s 4th of July weekend party last year that Palmieri “did and said things that made her uncomfortable” at the event. But he could not recall the specifics.

Robinson said in his six years as chairman, he has never heard complaints about Palmieri’s behavior. He described Palmieri as “a good person and a good Democrat.”

But he did not discount Rotondi’s allegations. He said he has worked with younger women in politics and they have described how they have encountered behavior from men that made them uncomfortable.

“I think there is a lot of truth in what women are saying,” Robinson said. “All of us as leaders would benefit from training.”

In his statement, Palmieri said all the accusations are false and he is fighting back with the help of women who have come to his defense.

“I fear I have been chosen as an expendable vehicle through which a larger political agenda can be pursued because powerful people assumed I would not or could not fight back. They were wrong. These false allegations against me have nothing to do with me or Warren County, and I am bewildered as to why the media refuses to tell the whole story,” his statement said.

The women signing a letter in support of Palmieri include the vice chairwoman of the Warren County Democrats and 20 other women active in local politics.

Janice Kovach, the mayor of Clinton and the incoming president of the state League of Municipalities, was among those who issued her own statement of support saying Palmieri has always shown professionalism toward women.

“He shows his dedication to empowering women every time he stands up and encourages women to run – he did on both of my campaigns; first as an assembly candidate and second as a congressional candidate,” Kovach wrote.

Rotondi said she has clashed with Palmieri in the past in their roles as Democratic leaders of their counties. They had a public dispute over support for a candidate whose district stretched across both their counties.

But she said neither that conflict nor the possibility she might be ousted from her post as head of the Sussex County Democrats were the reason she came forward with her allegations against Palmieri.

She decided to go public after having time to think about his behavior while she was recovering from the coronavirus this spring, she said. She deliberately chose to speak out before the vote for her re-election as party chair.

“If I lose my race and then I speak out — it would be described as sour grapes and to get attention,” Rotondi said.

She said she was disappointed nearly two dozen women quickly lined up in support of Palmieri to question whether she was lying about the harassment allegations.

“We can’t change the culture when that is how women in power react,” Rotondi said.

The other two women who came forward anonymously to say they had similar experiences with Palmieri said they decided to speak out partially because they were disappointed in how other women were treating Rotondi.

“I am more angry with the women than Tom,” said the fellow Warren County Democrat who said Palmieri joked about spiking her drink.

But Rotondi, a writer and video content creator, said she has not had second thoughts about going public with her harassment allegations as she awaits the results of her June 9 reelection vote.

“As horrible as this has been, I don’t regret (coming forward) at all,” Rotondi said.

Our journalism needs your support. Please subscribe today to NJ.com.

Kelly Heyboer may be reached at kheyboer@njadvancemedia.com.

Susan K. Livio may be reached at slivio@njadvancemedia.com.

Have a tip? Send it here. 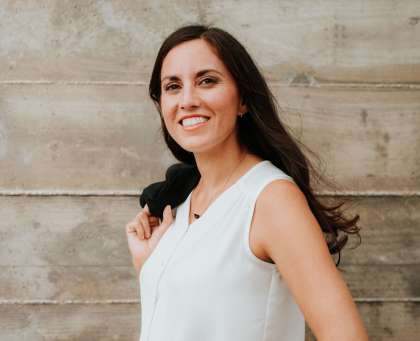