<a href="https://www.nytimes.com/2019/08/18/opinion/democrats-donor-data.html" target="_blank" rel="noopener noreferrer">Personal Data About Small-Donor Democrats Is All Over the Internet</a>  <font color="#6f6f6f">The New York Times</font><p>One of the largest single disclosures of small-donor information in American history took place on July 31. On that day, the names, addresses, occupations and ...</p>

One of the largest single disclosures of small-donor information in American history took place on July 31. On that day, the names, addresses, occupations and employers of at least 2.3 million people who contributed money to 2020 Democratic presidential candidates were listed on the internet for all to see. The culprits were not Russian hackers or disgruntled tech workers, but the Democratic presidential candidates and the federal government.

How can this be? The answer, as with all things about campaign finance, is convoluted — but also troubling, as it highlights how transparency in campaign finance can go too far.

Leading (and not so leading) Democratic presidential candidates use ActBlue, an organization that helps Democrats in local, state and federal races raise money with a state-of-the-art online fund-raising infrastructure. ActBlue eliminates the need for campaigns to worry about the technical side of fund-raising and makes it feasible for candidates to raise contributions from donors giving as little as a dollar. (Small donations really matter in the 2020 campaign, as the Democratic Party’s new debate qualification rules include having a sufficient number of unique campaign donors.)

Each time an individual contributes to a presidential candidate using its site, ActBlue collects the donor’s information and then turns around and reports it to the Federal Election Commission — which then puts this information on the internet. Give just one dollar to a candidate through ActBlue and your donation becomes public for the world to see.

This may seem puzzling. Under federal law, candidates must publicly disclose the personal information of only those donors who give them more than $200 in an election cycle. Viewed in this light, ActBlue’s most recent filing, from July 31, makes no sense, as many of the disclosed donors had given tiny amounts well below this threshold.

But what ActBlue buries in its privacy policy (which, let’s face it, nobody reads) is that it is required by law to send your name and address along with the name of the candidate you are donating to and the size of your contribution to the Federal Election Commission.

ActBlue is what is known as a “conduit” for campaign funds. The name and address of contributors who donate to candidates through conduits must be disclosed, according to federal law, regardless of amount. (ActBlue states on its privacy page that it must also report a contributor’s employer and occupation for all donations, but as I understand federal election law, ActBlue must report that information only once contributions from a single donor to a candidate made through its services exceed $200.)

The animating concern here is that conduits will be used to facilitate end runs around campaign finance rules. But these disclosure regulations were created years before small donations became de rigueur in presidential politics. It’s a familiar story of the law not keeping pace with technological change.

Campaign finance disclosure regulations are typically justified on the grounds that they prevent corruption or the appearance of corruption, and disclosures are also said to provide crucial information to voters about the interests supporting a candidate (e.g., “Candidate Joe has raked in thousands of dollars from tobacco executives”). The effectiveness of disclosure laws is questionable — I’ve long argued that the informational benefits of disclosure laws are minimal given how much information is already out there during an election — but it is at least debatable.

No reasonable person, though, can argue that ActBlue’s disclosures accomplish any of those goals. It is inconceivable that giving $200, much less $20, to a candidate is going to corrupt that candidate (or create the appearance of such corruption).

But what’s the harm, you may ask? After all, Americans who give small amounts to Democratic candidates may want the world to know whom they support for president.

We also know, however, that donor information has gotten people removed from their jobs. Witness the forced resignation of Mozilla’s chief executive in 2014 for making contributions in support of Proposition 8 in California, which proposed to prohibit gay marriage there. Likewise, donor information can be used to snoop on or harass neighbors. Even politicians are getting in on the act: Days after the ActBlue disclosures, Representative Joaquin Castro, Democrat of Texas, publicized the names of donors to Donald Trump’s campaign — including those of small-business owners.

At a time when Americans increasingly view members of the opposing political party as enemies, we should rethink campaign finance disclosure laws — especially for small donations. At a minimum, all candidates for federal office and their conduits should be required to make clear at the time of a donation if a contribution will result in personal information being made public on the internet.

But ActBlue and candidates who use its services don’t have to wait for changes in the rules to act. Right now, ActBlue could make the nature of required disclosures clearer on candidates’ donation pages — rather than only noting those requirements in its privacy policy.

For their part, candidates could pledge to stop collecting small donor contributions through ActBlue until it makes that change. In doing so, they would take a first step toward protecting the personal information of millions of Americans who have no reason to think that a small show of support for a presidential candidate would become public for the world to see.

David M. Primo is an associate professor of political science and business administration at the University of Rochester and a co-author of the forthcoming book “Campaign Finance and American Democracy: What the Public Really Thinks and Why It Matters.”

Like other media companies, The Times collects data on its visitors when they read stories like this one. For more detail please see our privacy policy and our publisher’s description of The Times’s practices and continued steps to increase transparency and protections.

A version of this article appears in print on , Section A, Page 23 of the New York edition with the headline: Small-Donors’ Data Is All Over the Internet. Order Reprints | Today’s Paper | Subscribe 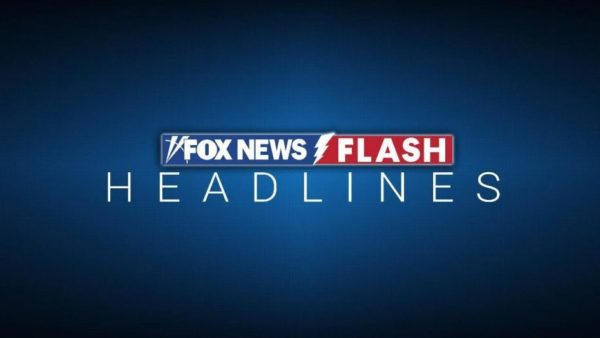