Confirmed COVID-19 cases in Missoula County continued to go up last week, and up and up. On Thursday, the county set a record for the number of new COVID-19 cases added in a single day when it reported 62 new cases. On Friday, the county added 32 more and reached its highest total active COVID-19 case count yet with a total of 238 active cases.

People in their 20s accounted for 51% of all active COVID-19 cases in the county, according to data from the Health Department. However, public health officer Ellen Leahy said Missoula’s numbers are more in the “18-to-24” age range.

Seventy-six of the active cases were associated with the University of Montana on Friday, according to the Health Department, although Leahy said the clusters among that age group are mostly due to young adults with minor symptoms who continue to gather in groups, rather than being due to class attendance.

COVID-19 incident commander Cindy Farr said many people in that age group are waiting for five to 10 days to get tested, even while they are symptomatic. Meanwhile, Leahy said that given those behaviors, it’s especially important to stay mindful that the numbers could look very different in a week to a week and a half due to transmission.

The Health Department is working diligently and even reconfiguring staffing to support contact tracing and identify close contacts within 24 to 48 hours. That process has been held up at times by a vocal “minority” of county residents who have repeatedly tweeted at or contacted health department staff to express opposition to local restrictions imposed to mitigate the spread of the virus, including a handful of freshmen Griz football players.

“It takes so much time,” Leahy said. “I mean the time it takes to figure out if and how and who should respond to some of the things that come in … it’s just constant.”

Farr said the county is hiring more staff, including a public information officer and someone who can monitor social media and the county’s website to check for misinformation, make posts and respond to questions.

Despite the spike in cases, Missoula County Public Schools approved a plan this week to bring students back to buildings full time on Nov. 9.

“One of the things that seems out of sync is these numbers that are somewhat unprecedented thus far … yet at the same time you hear the school district is talking about going back to five-day-a-week classes,” Missoula County Commissioner Dave Strohmaier said in the meeting with health officials on Thursday.

Commissioner Josh Slotnick added that Farr said in a meeting earlier this week that most of the new cases are not associated with MCPS.

“If it’s going pretty well, why would you change that?” Slotnick said on Thursday.

Under Phase 2 of the district’s plan, all students will return to in-person learning Monday through Friday, by Nov. 9, not including students attending Missoula Online Academy.

On Friday, Leahy also issued an order that allows for a maximum of 500 spectators at school athletic events if the host school or district has allowed for spectators. Each school or district is responsible for making the decision to host spectators or not, according to the order. Leahy said in a press release Friday that although the order applies to all sports, it is mostly designed “to bring football games with spectators in Missoula County into better alignment with changes that the other six AA counties recently enacted.”

Missoula Water will not be tacking on late fees or shutting off service due to late payment for customers affected by postal delays, according to a Facebook post Missoula Water made on Wednesday.

“Due to extensive U.S. Postal Service delays, Missoula Water customers may receive their water bills later than usual,” the post read. “In response, Missoula Water will not be assessing late fees or shutting off service due to late payment.”

The department is looking at solutions to the problem and said that in the meantime, customers can pay their bills online by visiting https://utilitybilling.ci.missoula.mt.us/.

Missoula is home to a host of transportation options with riverfront trails, paths and (mostly) easily-accessible roads to get from point A to point B. This fall, voters will be asked to support the zero-fare bus agency, Mountain Line, with a levy increase that would translate into another $81 a year on a house worth $300,000, according to the bus service.

From 2014 to 2020, ridership on the buses has grown 70%, but Mountain Line also went to zero fare, according to a Missoulian article earlier this week. The levy would keep the bus free, and also expand weekend service, increase bus frequency on heavily used routes, and support the conversion from a diesel to electric to fleet.

Here’s all the local government news you might have missed this week.

Mike Toth took over as Mineral County sheriff in August. 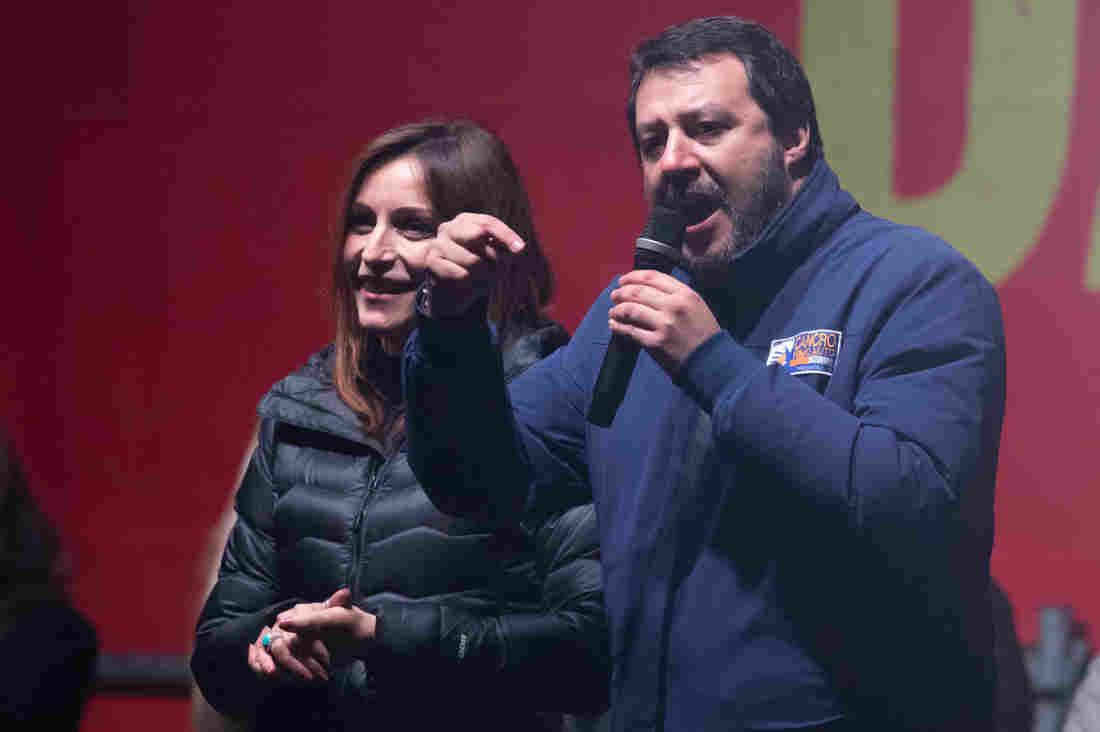 Regional Elections In Italy: Can The ‘Sardines’ Win Against Populism? – NPR