<a href="https://www.voiceofsandiego.org/topics/politics/politics-report-fletcher-staying-out-of-53rd/" target="_blank" rel="noopener noreferrer">Politics Report: Fletcher Staying Out of 53rd</a>  <font color="#6f6f6f">Voice of San Diego</font><p>Supervisor will stay supervising. He may take a more prominent role leading MTS. A Republican Council candidate finally gets to be a candidate, and the ...</p>

This week, on the podcast, we had Assemblywoman Lorena Gonzalez come in to discuss her totally normal, super chill, uneventful last few weeks. It was good.

We also asked Gonzalez about the 53rd Congressional District and the mad scramble Georgette Gómez’s decision to run for it will touch off.

Gonzalez decided not to run for Congress (she supports Gómez). But her husband, County Supervisor Nathan Fletcher, had not made such a pronouncement. In our conversation, Gonzalez volunteered that Fletcher would probably step up his leadership on the Metropolitan Transit System and particularly the effort the agency has kicked off to raise taxes it calls Elevate SD.

We called Fletcher to see what that meant.

On whether he will take a bigger role at MTS: Fletcher says he is willing to do more, and could adjust some other commitments to free up bandwidth. He not only sits on the Board of Supervisors and MTS board but also on the local and statewide air pollution boards as well as the governor’s special homelessness task force.

“We are trying, internally, to restructure my commitments to see if we can make it work,” he said Friday. “We’re in the middle of a lot of efforts, but the MTS work is very important to our region.”

On running for the 53rd: He officially will not. “I had a little fun not publicly ruling it out and loved all the local Republicans encouraging me to go to D.C., but never considered it. I love the job I have and am committed here.”

Also this: CALMatters, our counterparts in Sacramento, had a different interview with Gonzalez that included a profoundly awkward moment when they asked her if, as appropriations chair, she has to do the Assembly’s “dirty work” (see 1:40 in the video). And she answered with this meme we are now sending out to the world:

Two Democrats who are well known in local political circles announced their plans this week to try to replace Gómez as the representative for District 9.

Sean Elo, who in 2018 scored a major upset by defeating former Councilman David Alvarez for a seat on the San Diego Community College District’s board of trustees, surprised few when he said he was in. Former Gómez staffer and current Laborers International Union organizer Kelvin Barrios threw his hat into the ring this week. Kevin Alston, a former Community College District candidate, is also running. Plenty of other names have been bouncing around as potential candidates as well.

They’ll all sprint to the March primary. Most other City Council candidates have been going for a year. The top two will proceed to the November general election. But until then, they’ll need to raise enough for a campaign, staff up and start talking to voters.

It bears repeating just how wild it is that there are five open City Council seats this cycle. Councilman Chris Cate will be the longest serving Council member come December 2020.

Freshmen Democratic Councilwoman Monica Montgomery and Vivian Moreno will be the leading candidates to replace Gómez as Council president.

Leventhal Finally Gets to Ask People for Money

Joe Leventhal, one of the Republicans looking to succeed Mark Kersey on the San Diego City Council in the District 5 seat, finally got to launch his campaign on Sept. 10. He had served on the city’s Ethics Commission and so was prohibited from running for one year after his service ended.

Before Sept. 10, he could tell people he was running – free speech and all – but he couldn’t raise money or spend money. He had gotten commitments from people who would help him when he could spend money, people like campaign consultant Stephen Puetz, who coordinated Mayor Kevin Faulconer’s campaigns, and treasurer April Boling. But they weren’t allowed to actually start working for him until that day.

He told us that the morning of Sept. 10 he sent out dozens of emails to friends, family and others he knew. By midday he was reviewing logos and by evening, web producers were scouring his Facebook page to post photos for his campaign website.

In 36 hours, Leventhal says he raised $61,000. He couldn’t offer an estimate of what he has spent including his fundraising and treasurers’ costs so far.

“It felt great to finally test what I was sensing, which was a lot of support for my campaign,” he said.

At this point, it seemed weirdly like an advantage that Leventhal hadn’t had to spend money and was probably not that far behind in name recognition, but he will not be advising people to go about things this way.

“Had I been able to start fundraising sooner and shown that strength earlier and maybe my Republican opponent would have reconsidered getting in the race,” he said.

His Republican opponent responds: Pat Batten is his Republican rival. He said Leventhal is mistaken. “Marines don’t wait for permission, we lead. I am running to provide visionary leadership for the City and fight for our communities,” he wrote in a message.

Sometimes in San Diego politics, you get the sense that an issue that has been kind of quiet is set to just explode soon. We can’t shake the feeling that that’s about to happen with SDSU and Mission Valley.

What is going on with that? We’re no Woodward and Bernstein but we’re good damn reporters and we don’t know anything. The dynamics of the situation, though, are kind of easy to understand. The university needs to come up with a ton of money to build its new stadium and prepare the rest of the land for development. Every dollar it must pay the city is a dollar it can’t save for that.

City leaders, meanwhile, are looking at several years of tough budgets ahead and they can’t afford to give away the land. Well, it would be a significant sacrifice for higher education and football. The ballot demanded fair market value no matter what. Obviously the two sides don’t agree, and all we’re getting is radio silence on negotiations.

It got to be too much for a couple City Council members this week as well. Councilwoman Barbara Bry, who’s running for mayor, and Councilman Scott Sherman held an interesting press conference this week at the site.

Arguably one of the biggest early boosts to Bry’s campaign was her decision to oppose SoccerCity in 2018. The love she got for doing that from people opposing SoccerCity and/or supporting SDSU’s plan for the site was significant. Sherman, on the other hand, was SoccerCity’s, like, only supporter.

We weren’t able to go to their event but we heard that Bry wanted the negotiations to be public, or that at least more updates should be provided to the City Council. And she wants more public transit to the site than what the university envisions in the draft environmental impact report recently released.

Sherman, for his part, had a list of other concerns. The concerns hint at the ultra-complexity of the deal the city and university are trying to make.

What is going to happen? Summer is about to be officially over and the university’s goal of beginning construction early next year seems like it won’t be easy to achieve.

By the way: Some of you are probably thinking that just a couple weeks ago, we reported that we heard Sherman was going to run for mayor and he said he was definitely maybe going to. So what’s up? Is he going to? We don’t know anything. Republicans seem bored with San Diego politics.

A Tangle of Endorsements

Every time we think we understand the various alliances within the San Diego Democratic Party, we realized we do not. At all.

Along with her previous nod from SEIU, the largest union of county workers, she’s got the public employee unions eager to see Democrats flip the coastal North County seat and take control of the county.

A year ago, SEIU banged the drum for Supervisor Nathan Fletcher, whose win made a Democratic 3-2 majority after 2020 possible.

But Fletcher is not with SEIU in the District 3 supervisor race. He’s endorsed Escondido Councilwoman Olga Diaz, Lawson-Remer’s opponent.

Fletcher and Assemblywoman Lorena Gonzalez, his wife, have also endorsed Assemblyman Todd Gloria’s mayoral bid. In doing so, they join … SEIU, which endorsed him this week, joining MEA to give him a lock on major public employee unions.

It’s not that it’s surprising to see organizations and individuals who are allies on one issue part ways on a campaign. That’s politics.

But as Democrats expand their competitive map and formerly up-for-grabs seats (like the mayor’s office) become Democrat-vs.-Democrat races, we’re searching for indications that Democrats are sorting themselves into distinct buckets, ideological or otherwise.

If that’s the case, we’re not skilled enough in pattern recognition to see it. At least not yet.

There are many things at which we show no impressive skills, but one thing we can do is listen to feedback – good, bad and ugly – so if you have something to say or a tip to pass along, send them to scott.lewis@voiceofsandiego.org or andrew.keatts@voiceofsandiego.org. 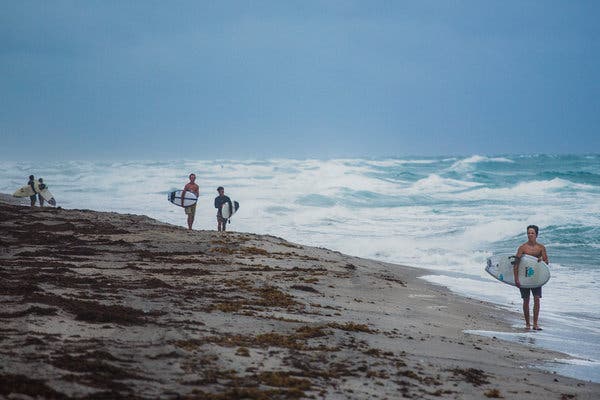