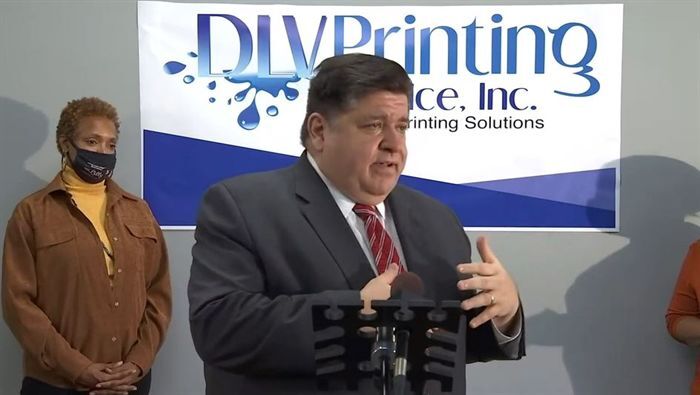 SPRINGFIELD — Gov. JB Pritzker on Wednesday renewed his call for more federal aid for struggling state and local governments as well as small businesses, but talks in Washington may be stalled until after Election Day.

Pritzker was speaking to reporters after touring the DLV Printing plant in Chicago, one of roughly 2,800 firms in Illinois that took part in the first round of the state’s Business Interruption Grants, or BIG program, which provides aid to businesses to offset expenses or losses related to COVID-19.

That program is funded with money from the federal Coronavirus Aid, Relief and Economic Security, or CARES Act, which Congress approved in March, shortly after the pandemic hit the United States.

The state of Illinois received roughly $3.5 billion in CARES Act money to pay for expenses related to its COVID-19 response. According to information on the Illinois Comptroller’s website, however, the state has already spent more than half of that money, a little over $1.8 billion.

The largest share of that money, roughly $557 million, has been spent by the Illinois Emergency Management Agency, much of it for things like medical supplies and testing equipment. Another $412 million has been spent by the State Board of Education for school meal programs throughout the state, while another $183 million has gone through the Department of Healthcare and Family Services largely for health care costs.

The CARES Act also provided another $1.4 billion in aid that went directly to large cities and counties with populations over 500,000 as well as $250 million that the state is disbursing in the form of grants to smaller local governments.

Under federal rules, however, CARES Act money may only be used for certain direct pandemic-related expenses. But since the pandemic hit, state and local governments throughout the country, including Illinois, have seen steep drops in revenue as businesses were ordered to close or scale back operations, unemployment skyrocketed, and the travel and tourism industry ground to a virtual halt.

In recent days, U.S. House Speaker Nancy Pelosi, D-Calif., has been negotiating with Treasury Secretary Steven Mnuchin on a second relief bill and President Trump has signaled his support for one. But national news outlets including the New York Times and Washington Post reported Wednesday that Senate Majority Leader Mitch McConnell, R-Ky., has urged the White House not to strike a deal with Democrats before Election Day.

State Comptroller Susana Mendoza said in an interview Wednesday that state and local governments would be better off if an aid package were passed before Election Day because if Trump is not reelected, there would be no incentive for him or the Republican-controlled Senate to act on anything until the new administration takes office in January.

She also said it would be “catastrophic” for Illinois if Congress fails to pass another stimulus package that includes aid for state and local governments.

That’s because the state of Illinois is currently facing a budget hole of around $6 billion, Mendoza said. Part of that could be filled with passage of a graduated income tax amendment that is on the Nov. 3 ballot, but even if that passes it would only generate an estimated $1.2 billion in the last six months of the current fiscal year, meaning the state would still need about $5 billion in federal relief.

“And if we don’t get that, then you’re talking about incredibly draconian cuts to core programs that people need as well as, you need to come up with the revenue somehow,” she said. “So, you know, it’s cuts – which you cannot possibly cut yourself out of $5 billion that you have to make up for. So, it’d be combination of cuts, a combination of borrowing, which only kicks the can down the road further, and a combination of significant revenue increases.”

It’s not just Illinois billionaires in ‘fair’ tax fight. Here’s who wants to sway your vote.

Gov. J.B. Pritzker said in an interview with CNN on Sunday that President Donald Trump and his local allies are in part responsible for the state’s rising case numbers and positivity rates.

A Sangamon County judge has ruled local units of government are exempt from a law the General Assembly passed this year declaring the Nov. 3 general election as a state holiday and requiring all government offices to be closed that day, unless they are used as polling places or for other election-related services.

Gov. J.B. Pritzker said in an interview with CNN on Sunday that President Donald Trump and his local allies are in part responsible for the state’s rising case numbers and positivity rates.

Despite a temporary rule that extends the expiration dates for Firearm Owners Identification cards and concealed carry permits, many Illinois gun owners are still finding it difficult to buy weapons and ammunition.

What’s a graduated income tax? 5 things to know about the Illinois ballot question

One of the major questions Illinois voters will answer on Nov. 3 will be on the ballot statewide – whether to amend the state’s constitution t…

Vote-by-mail ballots can be dropped off at three locations in October.

Why are you running? Responses to our questions to candidates in Nov. 3 contests

The Herald & Review provided candidate questionnaires for key races on the November ballot.

9 things to know about Steve Bullock – Center for Public Integrity 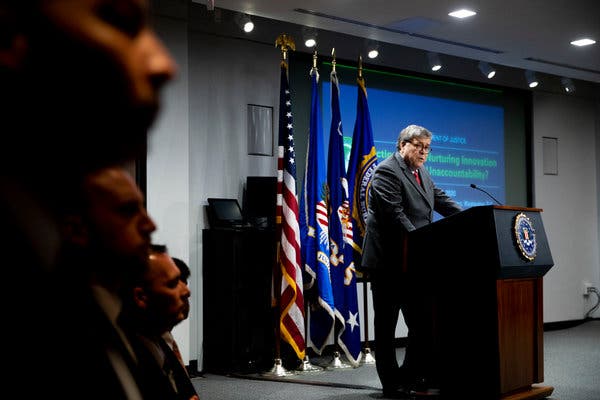 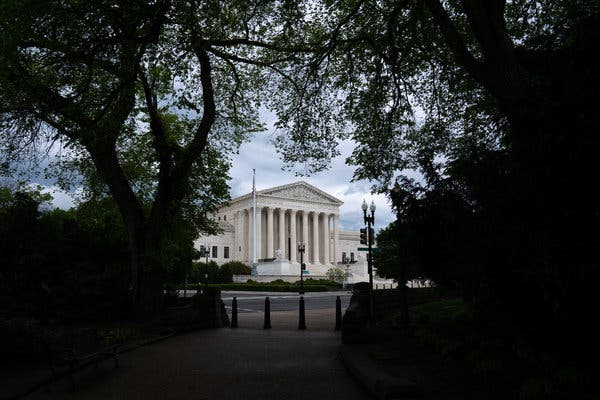 Trump Is Running on the Courts Again. Should Biden Do the Same? – The New York Times