In a legal maneuver that carries significant political overtones, the committee told a judge that it needs access to the grand jury evidence collected by Mr. Mueller as special counsel — such as witness testimony — because it is “investigating whether to recommend articles of impeachment” against the president.

“Because Department of Justice policies will not allow prosecution of a sitting president, the United States House of Representatives is the only institution of the federal government that can now hold President Trump accountable for these actions,” the filing told the judge, Beryl A. Howell, who supervised Mr. Mueller’s grand jury.

Referring to the part of the Constitution that gives Congress the power to impeach and remove a president, the filing continued: “To do so, the House must have access to all the relevant facts and consider whether to exercise all its full Article I powers, including a constitutional power of the utmost gravity — approval of articles of impeachment.”

With the filing, the committee’s chairman, Representative Jerrold Nadler of New York, was attempting to sidestep the debate raging inside the Democratic Party over whether the full House should hold a vote to formally declare that it is opening an impeachment inquiry. By declaring that his committee was in effect conducting such an inquiry, he was heading off a politically difficult vote in the committee or the full house to pursue impeachment.

“Too much has been made of the phrase ‘an impeachment inquiry,’” Mr. Nadler said at a news conference. “We are doing what our court filing says we are doing, what I said we are doing, and that is we are using our full Article I powers to investigate the conduct of the president and to consider what remedies there are. Among other things we will consider, obviously, is whether to recommend articles of impeachment.”

Other members of the committee were more forward.

“We’re now crossing a threshold with this filing, and we are now officially entering into an examination of whether or not to recommend articles of impeachment,” Representative Veronica Escobar, Democrat of Texas, declared.

Democrats hope that Judge Howell will agree that their request for the grand jury material falls into the same legal category as a Nixon-era precedent under which the committee gained access to Watergate evidence. But there is a difference that could matter: In 1974, the full House had voted to declare an impeachment inquiry opened.

The new filing comes two days after Mr. Mueller testified before Congress for the first time about the findings of his 22-month investigation into Russian interference in the 2016 election and possible obstruction of justice by Mr. Trump. Republicans — and some Democrats — said Mr. Mueller’s lackluster appearance had all but ended the impeachment threat, and they were not convinced the committee’s actions on Friday had changed that.

“Democrats want to convince their base they’re still wedded to impeachment even after this week’s hearing, but a baseless legal claim is an odd way to show that,” said Representative Doug Collins of Georgia, the ranking Republican on the Judiciary Committee. He predicted that the legal maneuver would fail.

But Democrats who control the panel called Mr. Mueller’s testimony an “inflection point” and are now seeking to add more evidence about what they believe to be serious wrongdoing by Mr. Trump.

Mr. Nadler said the committee would continue the investigation during the House’s six-week summer recess, calling additional witnesses and filing a lawsuit as soon as next week to force Donald F. McGahn II, the former White House counsel, to testify unless he agrees to come voluntarily. Mr. McGahn’s account of presidential behavior sits at the center of Mr. Mueller’s report.

The 448-page document showed that the Trump campaign welcomed illegal assistance from the Russians in 2016 and expected to benefit from it, but investigators did not establish that Mr. Trump had conspired with them in the illegal hacking and dumping of Democratic emails.

It also explored several episodes in which Mr. Trump tried to impede the investigation. But the special counsel decided not to render judgment about whether Mr. Trump should be charged with obstruction of justice, citing a Justice Department view that sitting presidents are temporarily immune from indictment while they are in office.

Aside from the coming court case, it is unclear whether the Judiciary Committee’s assertion that an impeachment investigation is effectively already underway will resolve a fight that has divided the Democratic Party. Around 100 House Democrats have said they support opening impeachment proceedings — including several more Friday morning — leaving about 135 who have not come out in support of such an inquiry or who outright oppose it.

Some Democrats see impeaching Mr. Trump as a moral imperative that would leave a black mark on his historical record, even if Senate Republicans are unlikely to remove him from office. Others fear it could provoke a backlash, firing up Mr. Trump’s supporters and endangering newly elected Democrats who won moderate districts in the 2018 midterm.

Speaker Nancy Pelosi has chosen caution. She signed off on using the impeachment investigation language in the lawsuit, according to a person familiar with its drafting. And it would appear to provide a middle course for Democrats, allowing them to continue to build a case without forcing members from moderate districts to vote on whether to formally declare impeachment proceedings to be underway.

“We will proceed when we have what we need to proceed,” the speaker told reporters on Friday. “Not one day sooner.”

Democratic staff members and lawmakers had begun arguing in recent weeks that it was unnecessary to gain the full chamber’s approval to launch an inquiry. A primary legal effect of previous presidential impeachment resolutions was to grant the Judiciary Committee special powers to issue subpoenas and take depositions, but since the last one — against Bill Clinton in 1999 — rules changes have enhanced the panel chairman’s powers, making that redundant.

The Judiciary Committee has been flirting with the topic of impeachment for months, subpoenaing witnesses and holding hearings designed to better understand Mr. Trump’s behavior in order to potentially develop charges.

In a hearing earlier this month, for example, Mr. Nadler said that “articles of impeachment are under consideration as part of the committee’s investigation.” The application filed on Friday cited such moments as evidence that the investigation had been underway for some time.

The sources of information at issue in the court filing are the portions of the Mueller report that were redacted because the information fell under a federal rule of criminal procedure that makes information presented to a grand jury secret. That rule has only limited exceptions allowing such grand jury information to be shared with outsiders.

In 1974, the Watergate prosecutor, Leon Jaworski, and his grand jury obtained a judge’s permission to send the evidence they had gathered to the House Judiciary Committee, which was already formally conducting an impeachment inquiry into Nixon.

In that case, the Nixon Justice Department did not object to letting lawmakers see the materials. In the current case, the committee is trying to get the material on its own. Attorney General William P. Barr has declined requests by Mr. Nadler to join the committee in petitioning the court.

The department did not respond to a request for comment on Friday, including on the question of whether it would sit on the sidelines or go to court to actively oppose the committee’s request for evidence.

One complication is that the Court of Appeals for the District of Columbia Circuit recently issued a ruling with a narrow view of when courts may let outsiders see grand jury information. It limited the criteria to an explicit list of exceptions that does not say anything about sharing such material with Congress.

But in making the ruling, the appeals court judges addressed the fact that their predecessors had permitted the Nixon-era Judiciary Committee to see such material. The court decided that the Watergate-era step had been lawful because it could be interpreted as falling under an exception authorizing disclosure of grand jury material “in connection with a judicial proceeding.” The idea was that impeachment, which culminates with a trial in the Senate, is effectively a judicial proceeding.

For that reason, whether Judge Howell agrees that the Judiciary Committee is conducting an impeachment investigation could determine whether it gets the material.

“Where, as here, a member has introduced articles of impeachment and those articles have been referred to the committee, the committee is fully empowered to conduct an investigation and exercise any other of its standing authorities,” the filing said.

Nicholas Fandos is a reporter in the Washington bureau covering Congress. @npfandos

Charlie Savage is a Washington-based national security and legal policy correspondent. A recipient of the Pulitzer Prize, he previously worked at The Boston Globe and The Miami Herald. His most recent book is “Power Wars: The Relentless Rise of Presidential Authority and Secrecy.” @charlie_savage • Facebook 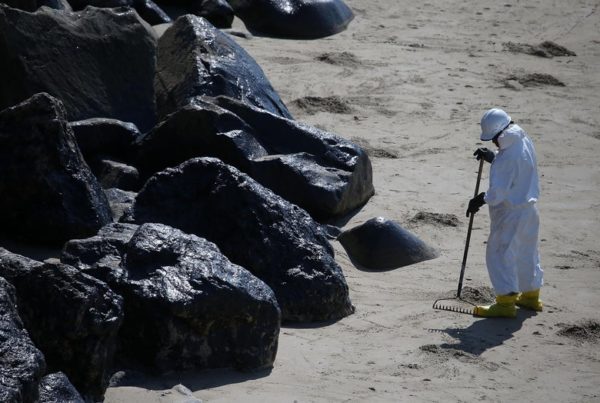