“I’m not a money person, and no amount of money is going to give me those three years of my life back,” Alaina Hampton told the Sun-Times on Tuesday, adding that she had ultimate trust in her legal team. ”I never questioned them.”

That’s how much the woman who accused Quinn of sexual harassment received after her own lawyers took their cut of the court settlement Madigan paid on behalf of his political committees.

Madigan’s attorneys say their client dished out about $600,000 in legal fees defending his political operations against the sexual harassment and retaliation claims in a federal lawsuit filed by political consultant turned #MeToo advocate Alaina Hampton.

The legal fees come on top of the $275,000 settlement Madigan ultimately paid Hampton last week. But $200,000 of that goes to Hampton’s lawyers.

And she’s fine with that.

“I’m not a money person, and no amount of money is going to give me those three years of my life back,” Hampton told the Sun-Times on Tuesday, adding that she had ultimate trust in her legal team.

“I never questioned them.”

As for Madigan, the powerful Southwest Side Democrat likely won’t be holding any benefits to pay for the settlement and his own court costs. Since September, labor unions have stepped up to contribute hundreds of thousands of dollars to Friends of Michael J. Madigan, the same fund used to pay the settlement. And Madigan himself contributed $100,001 in late August.

Since then, he’s taken in $599,070 from various businesses and unions, including $71,400 from the American Federation of State, County and Municipal Employees; $57,800 in a transfer from the Service Employees International Union Illinois Council PAC Fund; $50,000 from the Bricklayers and Allied Craftworkers PAC; and $15,000 each from Motion Picture Studio Mechanics Local 476, Stagehands Union Local 2 PAF and the State and Local PAC of the International Alliance of Theatrical Stage Employee. The Illinois Federation of Teachers COPE PAC contributed $5,000.

The Democratic Party of Illinois, the Democratic Majority, the 13th Ward Democratic Organization, and Friends of Michael J. Madigan were defendants in Hampton’s case.

Madigan’s legal headaches heated up in February 2018 amid Hampton’s allegations that Quinn, one of the speaker’s longtime political aides, sent Hampton barrages of unwanted texts.

Then it got worse.

The longest serving statehouse speaker in the country has endured three federal lawsuits and a state lawsuit from Hampton and political rivals. Madigan has also seen the exodus of his former chief of staff and a key legislative ally after harassment allegations, and a federal court affidavit first obtained by the Sun-Times in January that revealed Madigan had been secretly recorded during a 2014 meeting with then-Ald. Danny Solis (25th) and a developer who wanted to build a hotel in Chinatown.

Madigan did score a legal victory in August when a federal judge dismissed one of the federal suits, which sought to dissect whether the powerful Democrat put “sham” candidates on the 2016 ballot. Madigan and his committees are no longer a party to the other suits, his lawyers said.

But that has come at a cost.

The latest campaign finance records covering the period from July 1 to Sept. 30 show Madigan spent $360,582.04 on legal fees from his Friends of Michael J. Madigan campaign fund during that period. He has used that fund to spend a total of $1,493.144.48 on lawyers since Feb. 1, 2018. More than $1.1 million of that total went to the law firm of Hinshaw & Culbertson, records show. That firm has defended Madigan in multiple lawsuits.

Legal bills for Hampton’s side totaled about $352,000, according to Hampton’s attorneys. The law firm of Kulwin, Masciopinto & Kulwin received $200,000 of the settlement and the Time’s Up Legal Defense Fund previously paid the firm $69,935, which the firm reimbursed when they received the settlement. The law firm also did about $125,000 in pro bono work.

Quinn in October publicly apologized to Hampton, his family and former employers in a statement, saying he took “full responsibility” for his behavior. That apology came as a legislative inspector general’s report stated that Quinn’s unwanted text messages to Hampton constituted sexual harassment, enough to place Quinn on a permanent do-not-hire list for the state.

Quinn is a brother of Ald. Marty Quinn (13th), a trusted Madigan lieutenant.

Hampton last month launched a #MeToo support group. She also announced this week she has been hired by a national Democratic consulting firm as a director.

Hampton’s allegations were among the first in a series of #MeToo allegations that highlighted a culture of harassment in Springfield, including accusations of persistent bullying that led to the ouster of Madigan’s longtime chief of staff Tim Mapes.

In the wake of the controversies, Madigan also formed a task force of Democratic women to address harassment and the political culture in Illinois, and legislation was later passed to bolster the state’s handling of misconduct claims. Madigan’s team called those “significant changes to strengthen training, policies and reporting procedures for staff and volunteers to ensure their rights are protected.” 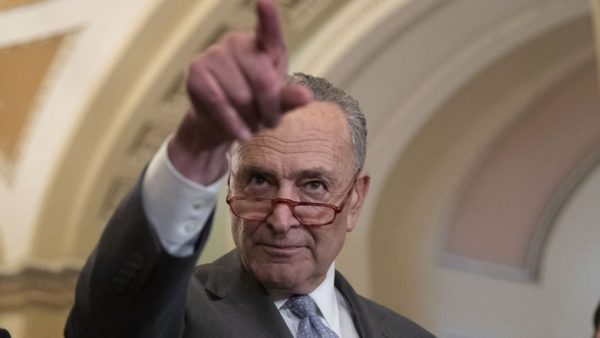