South Carolina Is Changing. Is It Enough to Put Jaime Harrison in the Senate? – The New York Times 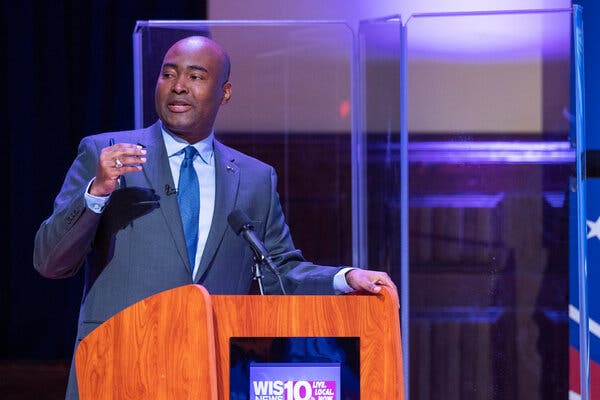 CHARLESTON, S.C. — Jaime Harrison, the surprisingly competitive Democratic challenger in the U.S. Senate race in South Carolina, will need a lot more supporters like Nikki Hinske if he wants to defeat Lindsey Graham, the savvy, shape-shifting fixture of Republican Washington who is vying for a fourth term.

Ms. Hinske, a 44-year-old accountant who said she tends to vote for Democrats, was sitting with a few friends on a recent weeknight on Daniel Island — an upscale enclave of Charleston that went decisively for Donald Trump in 2016 — writing get-out-the-vote postcards to strangers. She talked about growing up in a Republican household where politicians like Mr. Graham, with his center-right instincts and independent streak, were respected.

Recent polls show Mr. Harrison, a former lobbyist who later became the first African-American to run the state Democratic Party, close to or even with Mr. Graham, a remarkable feat given the moribund condition of the South Carolina Democratic Party, which has struggled to compete at the state level for years.

But Mr. Harrison, 44, has something previous South Carolina Democrats did not: a jaw-dropping fund-raising haul, including a record $57 million that his campaign took in from July to September, much of it from Graham-hating liberals far beyond South Carolina. It was the highest quarterly fund-raising total for any Senate candidate in U.S. history.

The money has allowed him to blanket local TV stations — and even to reach out of state markets, like Atlanta — with ads that underscore his compelling up-from-poverty biography and paint Mr. Graham as a luxury-obsessed creature of Washington who opposed an extension of the coronavirus unemployment benefits program and is otherwise out of touch with the needs of voters in one of the nation’s poorest states.

Mr. Harrison is also betting that his state is in the midst of the kind of leftward, New South political realignment that has already changed Virginia and may well be underway in North Carolina and Georgia. “The South is having a renaissance: We can replicate the blueprint created in states like Georgia,” Mr. Harrison said in a September fund-raising email, referring to Stacey Abrams’s narrow loss as the Democratic candidate in that state’s race for governor in 2018.

Despite his mountains of cash and solid poll numbers, Mr. Harrison needs several things to go his way in the last weeks of the race. He needs to see significant turnout by college-educated women like Ms. Hinske, as well as by nonwhites who now make up about a third of the state’s 3.3 million registered voters. And he needs center-right South Carolinians, tired of Mr. Graham’s fealty to President Trump, to either break for him or stay home on voting day. How those two factors play out will decide not just the South Carolina Senate race — they could decide which party controls the Senate come January.

South Carolina is not an obvious spot for a potential Democratic upset: The party has not won a Senate race there in more than two decades, it currently holds no statewide elective offices and Mr. Trump is expected to win the state easily. But Democrats are feeling a little momentum that they hope Mr. Harrison can build on. Two years ago, the party was encouraged by the victory of Joe Cunningham, a Democrat, in the race for South Carolina’s First Congressional District, which includes much of the Charleston area.

Jim Hodges, the last Democrat to be elected as governor in South Carolina, in 1998, said Mr. Harrison’s success, thus far, was in part attributable to college-educated white women in the suburbs of places like Charleston — part of a larger national trend that Republicans are monitoring with trepidation.

“Democrats are winning in suburban legislative races here, and certainly are more competitive in others,” Mr. Hodges said. The “untold story” about South Carolina’s Democratic primary race in February — a crucial momentum-building win for the Democratic presidential nominee, Joseph R. Biden Jr. — “is not just that Biden had strong African-American support, but that about half of the voters in the primary were non-African-American women,” he added.

The state is also growing more diverse, with an influx of newcomers, both foreign and from other parts of the country, who are helping to balloon the population to about 5.1 million today from 3.9 million in 2000 — voters that Mr. Harrison is hoping will turn out to support him in November.

In a phone interview, Mr. Harrison was optimistic that he could persuade some Trump admirers to support him, even though Republicans note that South Carolina has straight-ticket voting that makes such cafeteria-style choices possible but less likely. Some of that support, he said, has to do with the money he’s raised, which has allowed his campaign to share more widely his “Rural Hope Agenda,” including expanding Medicaid under the Affordable Care Act, investing in infrastructure and expanding broadband access in rural communities.

“I know that we have some Donald Trump supporters who are going to vote for Jaime,” he said. “I have talked to them. You know, some of them have come to the rallies because they don’t trust Lindsey.”

Mr. Harrison’s messaging is powered by an assumption that South Carolinians are tired not only of partisanship, but also of the racism and racial divisions that have defined state politics for decades. Mr. Graham replaced the segregationist Senator Strom Thurmond, who retired in 2003. Since then, the state has been a launching pad for high-profile minority Republicans, including former Gov. Nikki Haley, an Indian-American, and Senator Tim Scott, who is Black.

There is also an assumption that an underdog state loves an underdog story. One recurring TV ad reminds voters how Mr. Harrison was born to a teenage mother in Orangeburg, S.C., raised in poverty by his grandparents, then went to Yale on a scholarship, followed by Georgetown Law School. 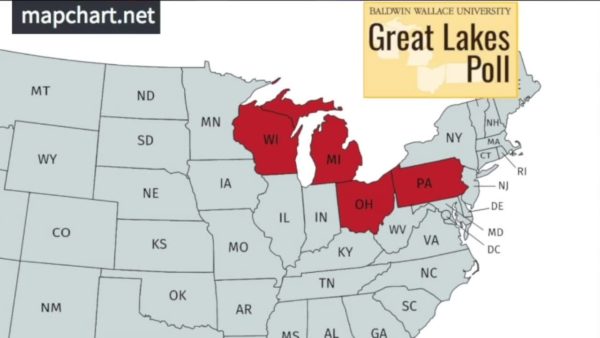 More Ohioans are ‘almost certain’ to vote against Trump than for him in 2020, new poll shows – News 5 Cleveland