WASHINGTON — An internal State Department investigation released on Thursday described an “improper” campaign to remove a career employee from a high-level policy office for her perceived political disloyalty to President Trump and speculation that she had been born in Iran.

Though the case outlined in the 54-page report by the State Department’s inspector general happened in 2017, it bolstered recent concerns that American diplomats are increasingly vulnerable to political interference under Mr. Trump.

An impeachment inquiry by House Democrats is looking into Mr. Trump’s demands that Ukraine investigate his political opponents in exchange for $391 million in security aid. During the time period being examined by the House, a veteran American ambassador to Ukraine was recalled, contributing to a backlash within the diplomatic corps.

The inspector general’s investigation concluded that the career employee’s assignment in the State Department’s office of policy planning was cut short after an article in conservative news media accused her of undermining the Trump administration’s plans to confront Iran.

The March 14, 2017, article on the Conservative Review website accused the employee, Sahar Nowrouzzadeh, of being a “trusted Obama aide” who “burrowed” into the State Department’s bureaucracy after working on the Iran nuclear deal that the United States and other world powers brokered with Tehran in 2015. Mr. Trump has withdrawn the United States from the agreement.

The article said it “remains unclear” why Ms. Nowrouzzadeh was allowed to remain working as a chief policy adviser.

State Department officials were alerted to the article both by the White House and Newt Gingrich, the Republican former House speaker and ally of Mr. Trump. Emails described by the inspector general showed rampant speculation among senior State Department appointees about Ms. Nowrouzzadeh’s policy expertise, political leanings and even whether she was born in Iran.

Ms. Nowrouzzadeh was not named in the report, and was identified only as “Employee One.” But, the investigation concluded, efforts to remove her from the policy planning office began almost immediately.

At one point, Edward Lacey, who was then the office’s deputy director, said Ms. Nowrouzzadeh was among career civil servants who “without exception, were Obama/Clinton loyalists not at all supportive of President Trump’s foreign policy agenda,” according to the report. He also said he “succeeded in ousting five” of them. Mr. Lacey has since retired from the State Department.

Ms. Nowrouzzadeh also sent the article to Brian H. Hook, who at the time was the director of policy planning, to defend herself and ask for his guidance on how to respond. She told investigators that she did not receive an answer, nor from a second email, even though she had reminded Mr. Hook that she began working for the United States government during the George W. Bush administration, and was concerned about her physical and online safety after the article was published.

In a meeting in late March, Ms. Nowrouzzadeh again informed Mr. Hook she was worried about threats against her; investigators reported that Mr. Hook advised her to ignore the article. But by early April, investigators reported, Mr. Hook informed other senior officials that he would not object to removing Ms. Nowrouzzadeh from the office because he did not consider her to be a “go-getter” and did not engage with him on ideas.

Mr. Hook, who is now the State Department’s special envoy for Iran policy, declined to comment. But in an eight-page response to the inspector general that was included in the report, he said he had already identified a replacement for Ms. Nowrouzzadeh in February, before the Conservative Review article was published, and had not acted on the recommendations to remove her by Mr. Lacey or Trump administration political appointees.

“I did not know Employee One’s political beliefs, her service in the Bush and Obama administrations or her national origin,” Mr. Hook wrote in his response. “I did not care. This is true not only for Employee One but for every person I inherited on the policy planning staff and for every person I have ever worked with during 12 years of federal public service.”

Ms. Nowrouzzadeh’s work in the policy planning office ended in mid-April of 2017 — nearly three months early, investigators found. She was sent back to the State Department’s Bureau of Near Eastern Affairs, where she had worked earlier.

The articles and emails about Ms. Nowrouzzadeh that were “circulated within the Office of the Secretary suggest that improper factors likely influenced the requests to end her detail,” the inspector general concluded. The report noted her “perceived political views, association with former administrations, and perceived national origin, which are non-merit factors that may not be considered in assigning career personnel under the department’s policies.”

In a statement released under her name on Thursday morning, Ms. Nowrouzzadeh said she hoped the inspector general’s findings would “help prompt action that will guard against any further such misconduct by members of this or any future administration.”

T. Ulrich Brechbuhl, a senior counselor to Secretary of State Mike Pompeo, defended Mr. Hook in a response that was also included in the report, saying the department’s leaders disagreed with its conclusions. He said the investigators failed to recognize Mr. Hook’s explanation that he had decided to replace Ms. Nowrouzzadeh weeks before the article was published.

Mr. Brechbuhl, a longtime friend and former business partner of Mr. Pompeo, has been called to testify in the House impeachment inquiry against Mr. Trump to provide information about the shadow foreign policy in Ukraine that bypassed normal State Department channels. It is not clear if he will comply.

The inspector general’s report also examined four other accusations by State Department employees of political interference in personnel decisions. There was no evidence of improper actions in two of the cases; in the other two, investigators found the evidence too inconclusive to determine any fault.

An earlier investigation, in August, found that career employees in the State Department’s Bureau of International Organization Affairs were harassed, accused of being disloyal and viewed with hostility by a political appointee. It also concluded that two senior career officials in that bureau were either removed or blocked from advancing to prestigious jobs — actions that violated State Department policy, the inspector general found. 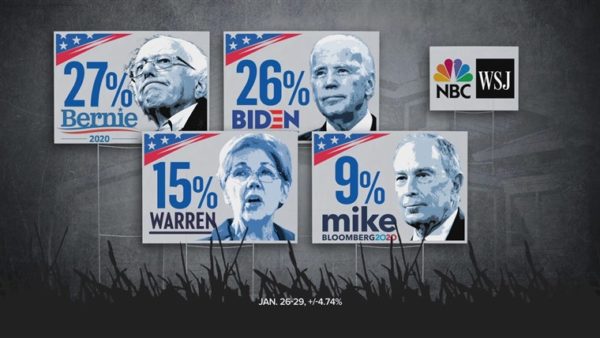