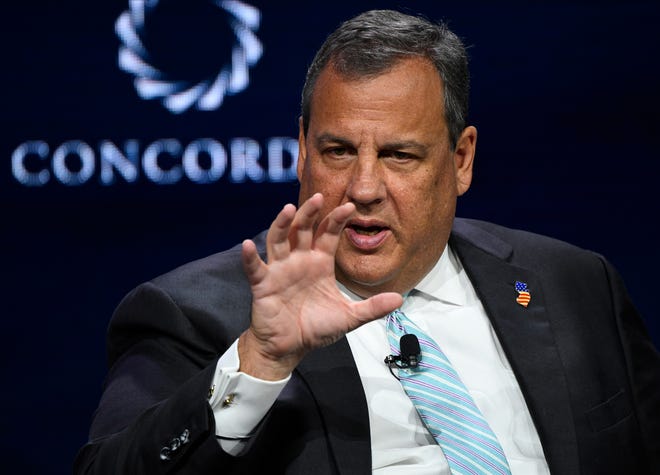 WASHINGTON – The Supreme Court ruled unanimously Thursday that fraud convictions and prison sentences for the perpetrators of a political scheme that blocked a New Jersey community from the world’s busiest bridge were a bridge too far.

The decision to overturn the convictions brought to a close a case of partisan retribution that came to symbolize the Garden State’s unique brand of dirty politics, often mixed with ethical lapses and scandal.

To get back at a Democratic mayor who had not endorsed Republican Gov. Chris Christie’s 2013 reelection bid, top officials of his administration and the Port Authority of New York and New Jersey closed access lanes to the George Washington Bridge and created a traffic jam in Fort Lee, New Jersey, that lasted for days.

Though the high court did not minimize the officials’ actions, it ruled that William Baroni and Bridget Anne Kelly sought only political gains and losses, not personal profit.

“The evidence the jury heard no doubt shows wrongdoing – deception, corruption, abuse of power. But the federal fraud statutes at issue do not criminalize all such conduct,” Associate Justice Elena Kagan wrote for the court.

“Not every corrupt act by state or local officials is a federal crime,” Kagan wrote. “Because the scheme here did not aim to obtain money or property, Baroni and Kelly could not have violated the federal-program fraud or wire fraud laws.”

The scandal, which became known as “Bridgegate,” was hatched when Baroni and Kelly faked a traffic study to create gridlock for several days in Fort Lee.

Christie, who attended oral argument in January, was not charged. But the scandal helped turn the popular governor with presidential ambitions into a joke on late-night television, helping to tank his political future.

The ex-governor responded to the ruling within minutes, criticizing the work of former U.S. Attorney Paul Fishman and the “Obama Justice Department” and alluding to his own tainted reputation.

“What cannot be undone is the damage that was visited upon all of the people dragged through the mud who had nothing to do with this incident,” Christie said in a statement. The result, he said, “cost the taxpayers millions in legal fees and changed the course of history.”

Kelly said the ruling “gave me back my name and began to reverse the six-and-a-half-year nightmare that has become my life.”

And President Donald Trump sounded off about the decision Thursday afternoon. “Congratulations to former Governor of New Jersey, Chris Christie, and all others involved, on a complete and total exoneration (with a 9-0 vote by the U.S. Supreme Court),” the president tweeted.

The case was the latest of many in which the high court has looked skeptically – and often reversed – federal prosecutors’ creative use of criminal laws to win convictions.

In 2016, the court vacated the conviction of former Virginia Gov. Robert McDonnell, who had been sentenced to two years in prison for accepting luxury gifts and loans from a wealthy businessman in exchange for “official acts.” The justices ruled unanimously that those were commonplace actions taken on behalf of constituents.

The ruling made it harder for prosecutors to use federal fraud statutes against public officials by characterizing what the justices called common favors as crimes.

The Supreme Court began pushing back against public corruption prosecutions in 1987, reversing the conviction of Kentucky officials who skimmed money paid by the state to insurance companies. The court reasoned that fraud statutes do not guarantee officials will “perform their duties honestly.” A generation later, it added that “honest services” fraud must include bribery or kickbacks.

More recently, the justices have sided frequently with small-time criminal defendants swept up by large-scale prosecutions.

In 2014, the court ruled unanimously that the federal government had no business using an international chemical weapons treaty to prosecute a jilted wife who committed a “two-bit local assault” against her husband’s lover.

In 2015, it ruled that a law aimed at corporate chieftains who destroy evidence should not have been used to convict a Florida fisherman for destroying evidence – in his case, 72 undersized grouper.