WASHINGTON — The Supreme Court agreed on Friday to decide whether states can take account of a judge’s political affiliation in trying to achieve ideological balance on their courts.

In a petition asking the Supreme Court to hear the case and uphold the provision, Gov. John C. Carney Jr. wrote that the state’s approach to judicial selection, which also requires judges to be nominated by the governor and confirmed by the State Senate, was constitutional and had produced courts with an exemplary reputation.

“The Delaware courts play a dominant role in American — and indeed global — corporate governance,” the petition said. “Sixty percent of the Fortune 500 and more than half of the corporations listed on the New York Stock Exchange are incorporated in Delaware, in no small part due to the reputation — and reality — of the Delaware courts as objective, stable and nonpartisan.”

In response, Mr. Adams wrote that considering the partisan affiliations of judges sends a terrible message.

“Such a system assumes, without foundation, that Republicans and Democrats are monolithic in their judicial views and that their political views will control their decision-making,” he wrote. “Worse, it reinforces the fears of the public that judges will decide cases based on political affiliation.

In a deposition in the case, Mr. Adams testified that lawyers unaffiliated with a major political party are effectively barred from serving as judges on the state’s highest courts.

“If Delaware had a Constitution that said, you know, a certain race or religion or gender was eliminated from being judges, everyone would say that’s obviously discrimination,” he said.

The United States Court of Appeals for the Third Circuit, in Philadelphia, ruled for Mr. Adams, striking down the balancing requirement.

Supreme Court precedents, the appeals court said, have drawn a line. On the one hand, politics may play no role in the hiring and firing of most government workers. On the other, it is perfectly acceptable to consider politics for those in “policymaking positions.”

Judge Julio M. Fuentes, writing for a unanimous three-member panel of the Third Circuit, said judges were in the first category.

“Judges are not policymakers,” he wrote, “because whatever decisions judges make in any given case relates to the case under review and not to partisan political interests.”

Other federal judges have taken the opposite view. “A judge both makes and implements governmental policy,” Judge Frank H. Easterbrook of the Seventh Circuit, in Chicago, wrote in 1988.

Five years later, Judge Damon J. Keith of the Sixth Circuit, in Cincinnati, agreed. “Judges are policymakers because their political beliefs influence and dictate their decisions on important jurisprudential matters,” he wrote.

In agreeing to hear an appeal of the Third Circuit’s decision, the Supreme Court instructed the parties to address a threshold question in their briefs: Had Mr. Adams suffered the sort of direct injury that gave him standing to sue?

According to court papers, Mr. Adams was a longtime Democrat who had once applied for a position on the state’s Family Court but was turned down for reasons unrelated to his party affiliation. He filed his lawsuit in 2017, eight days after changing his party registration to independent and without applying for another judicial post.

Mr. Adams said it would have been futile to apply, as the available positions were reserved for Republicans.

Supreme Court justices tend to insist that partisan affiliations play no role in their work. In his brief urging the court to reject the case, Mr. Adams quoted a remark by Justice Neil M. Gorsuch at his confirmation hearings.

“There is no such thing as a Republican judge or a Democratic judge,” Justice Gorsuch said. “We just have judges in this country.” 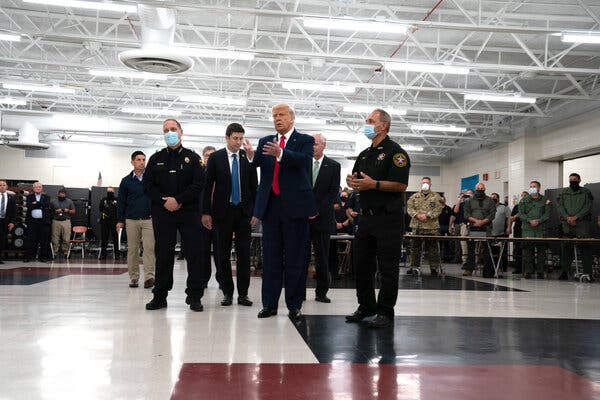 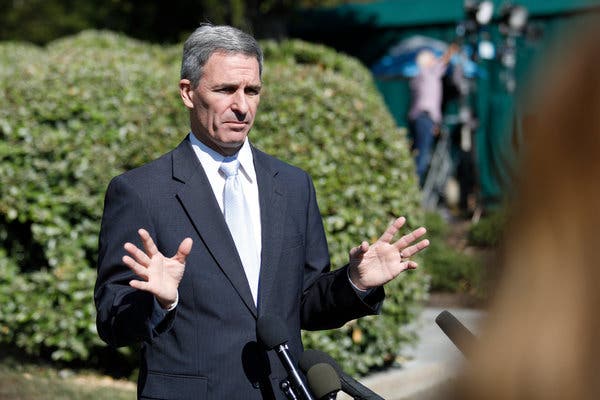