Susan Collins Hasn’t Changed Much, but Maine Has – The New York Times 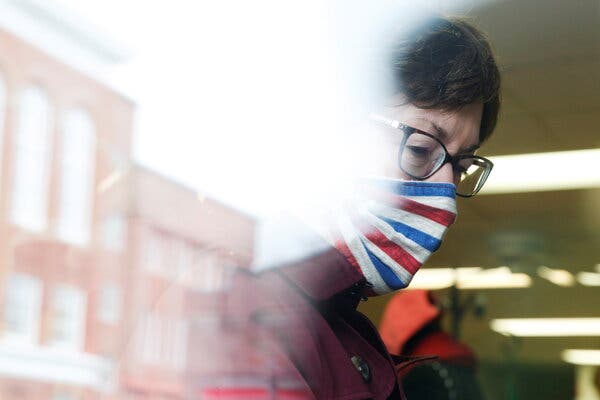 BANGOR, Maine — Senator Susan Collins of Maine seemed to have a challenge on her hands.

A Republican running for re-election in a difficult year for her party, Ms. Collins was opposed by a well-funded Democrat with a political base in vote-rich Southern Maine who was hoping to capitalize on the unpopularity of the Republican in the White House. But in that 2008 race, even as the G.O.P. presidential nominee lost Maine by 17 percentage points, Ms. Collins won re-election by over 20 points, carrying every county in the state.

Twelve years after what Ms. Collins thought was the most difficult re-election of her career, she is facing eerily similar circumstances — but this time she’s in the fight of her political life. And it is what has changed since 2008 in Maine, the Republican Party and politics broadly that could end her career.

The four-term senator has alienated Democrats here and beyond by voting to confirm Justice Brett M. Kavanaugh. She has become a national punchline among liberals for what they see as her toothless tut-tutting of President Trump, whom she is invariably “concerned” about. And she’s been out-raised $63 million to $25 million by her Democratic opponent, Sara Gideon, the speaker of the State House.

Ms. Collins’s biggest problem this year, however, may not be Ms. Gideon or the out-of-state donors eager to send her a message, but rather the shifting ground under her feet.

She is confronting a state, sharply cleaved by region and class, that would have been politically unrecognizable to her predecessors; an increasingly alien party overtaken by a president who demands unflinching loyalty; and, perhaps most daunting of all, a polarized political culture that elevates tribalism and national issues over the bipartisanship and pork-barreling that she has always pursued.

“I don’t know if people respond as well to that anymore,” conceded former Senator William S. Cohen of Maine, a moderate Republican whom Ms. Collins succeeded in the Senate after working for him as a young staff member. “Therein lies the challenge of being somebody in the middle.”

Ms. Collins is the only Republican senator on the ballot this year who has not endorsed Mr. Trump.

In an interview on her campaign bus, she acknowledged momentarily considering running this year as an independent — “it crossed my mind,” she said — but was quick to note that she couldn’t easily abandon “the New England brand of Republicanism.”

It’s a dying breed. Ms. Collins is the only remaining Republican member of Congress from New England.

Equally endangered, though, are any senators who can win re-election when their party’s nominee is soundly defeated in the state. Mr. Trump is expected to be competitive only in Maine’s Second Congressional District, which he won in 2016, and even there polls suggest that Joseph R. Biden Jr., the Democratic nominee, has an edge.

In 1984, when Ronald Reagan won a 49-state landslide, Democrats still netted two Senate seats. And even as recently as 2008, Republicans like Ms. Collins were winning re-election in blue states while Democratic senators were cruising in red ones like South Dakota and West Virginia.

By 2016, though, the results of every Senate race mirrored the state’s preference in the presidential race.

Now Ms. Collins is no more likely to outrun Mr. Trump by 20 points, as she did John McCain in 2008, than Maine is to embrace crab over lobster as its crustacean of choice.

Her argument, though, is that there are exceptions to this era of polarization, and that well-known lawmakers in lightly populated states can overcome the partisan tide. Senators Jon Tester of Montana and Joe Manchin III of West Virginia, for example, both won as Democrats in Republican-leaning states just two years ago.

“There’s a lot of parallels,” Ms. Collins said. “I still believe that most voters want problems solved and that they’re put off by this us-against-them tribalism.”

Listening to Ms. Collins kick off her statewide bus tour in Bangor was like stepping into a political time machine.

She drew applause after trumpeting her record as the most bipartisan senator, noted that she had never missed a floor vote and bragged about the federal dollars she had delivered for new breakwaters in small communities.

Then she delivered the finale: “With your help, when I’m re-elected, a year later I become the chairman of the Senate Appropriations Committee,” she announced.

The pitch resonated with some supporters, but even they were self-aware about the dated nature of Ms. Collins’s appeal.

“I guess I’m a dinosaur in that I appreciate her centrist views and also I appreciate that she’s been doing this a long time and has ranking positions on a lot of important committees,” said Janna Jensen of nearby Brewer. “I don’t know how many people value that.”

A New York Times-Siena College survey last month pointed to the limitations of localism — and that was before the death of Justice Ruth Bader Ginsburg elevated the Supreme Court and issues like abortion rights.

Fifty percent of Mainers said national issues, like which party controls the Senate, were most important to their Senate vote, while 41 percent said local matters, such as who can do more for Maine, were paramount.

A Rhode Island native, as Ms. Collins delights in noting, Ms. Gideon has made health care the centerpiece of her campaign, even more than Ms. Collins’s vote on Justice Kavanaugh.

During her time in the Legislature, the Democrat pushed to expand Medicaid in the state, clashing with former Gov. Paul LePage, a Republican, on the issue.

As much as any individual policy issue, though, Ms. Gideon’s core message is that a vote for Ms. Collins is a vote to keep Republicans in control of the Senate.

“As long as Susan Collins is elected again to the United States Senate, Mitch McConnell will again likely be the Senate majority leader,” Ms. Gideon told attendees at a supper near Lewiston last month.

She repeated a version of that line in a brief interview afterward, and grew slightly defensive when that was pointed out.

“I don’t walk around talking about Mitch McConnell all the time,” she said, before retreating to a talking point about what Mainers focus on “when they sit down at their kitchen table.”

Despite Turning Down Inauguration Gig, Elton John Has a Recurring Role in Trump’s Presidency – The New York Times