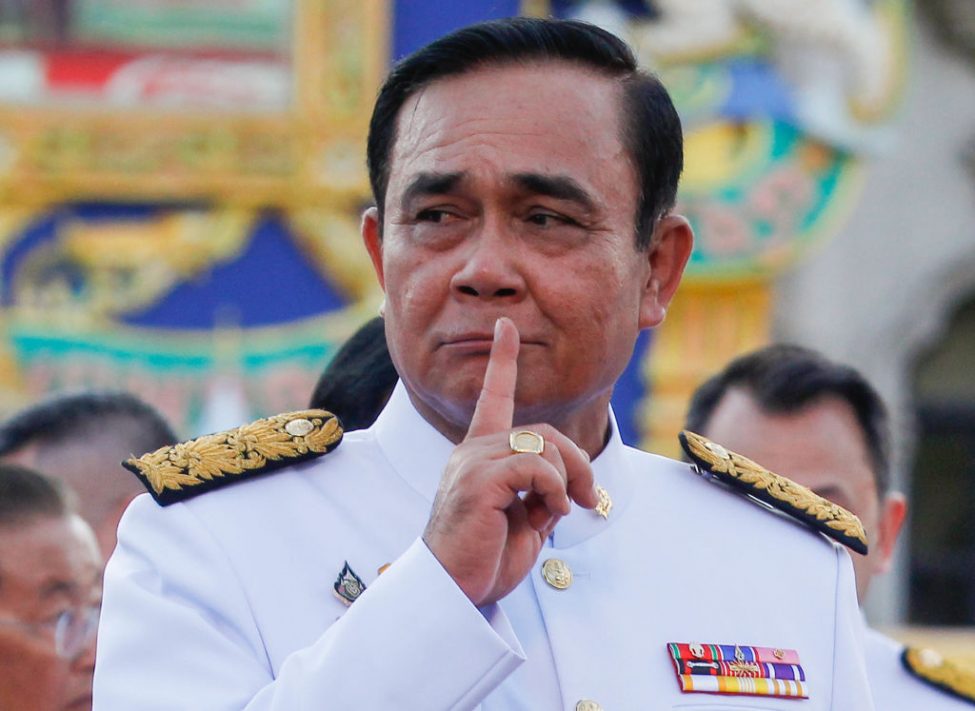 China’s relatively fast recovery from the Covid-19 pandemic and the reopening of its economy have posed a new dilemma to ASEAN states over whether to accept or reject Beijing’s ‘coronavirus diplomacy’ of aid and assistance.

If the 2008–09 global financial crisis enabled China’s rise, the coronavirus crisis in 2020–21 may solidify its pre-eminence as a superpower. In my new ASPI paper, Thailand’s strategic drift: domestic determinants amidst superpower competition, I explain that many countries, including Thailand, are coming around to this new geopolitical reality.

The pandemic underscored the ASEAN split over China, with the mainland countries of Cambodia, Laos, Myanmar and Thailand slower to impose travel restrictions on their giant neighbour than Vietnam and maritime countries, such as Indonesia and Singapore.

China has become the most divisive issue in Thai–Australian relations, fundamentally underpinned by domestic politics in the kingdom.

If Thailand takes a democratic turn away from authoritarian ways, then its geopolitical posture could shift away from Beijing up to a point. But whatever shades of democracy or autocracy Thailand ends up with, Bangkok’s drift away from Washington appears to be a longer term move. Thailand–Australia ties are largely determined by Canberra’s strategic calculations vis-à-vis Beijing.

Even before the onset of the pandemic in early 2020, Thailand’s strategic posture had been increasingly dominated by its domestic political preoccupations. The pandemic merely accentuated trends and patterns in its foreign policy and security outlook in view of the geopolitical rivalry and competition between the US and China.

As Covid-19 shows signs of slowing, and assuming that there’s no second wave of similar virulence, Thailand is set to return to its pre-virus strategic role and challenges.

Cycles of coups, constitutions and elections since constitutionalism replaced absolute monarchy in 1932 have stopped Thailand from making a break for an effective democratic future. These domestic shortcomings have also impeded Thailand’s role abroad.

After more than five years of lacklustre authoritarian government following Thailand’s 13th successful putsch in May 2014, the country’s most recent elections, on 24 March 2019, yielded a controversial parliament and a fractious post-election coalition government, headed by incumbent Prime Minister Prayut Chan-o-cha, who led the junta that seized power to begin with.

Thailand’s holding pattern risks sliding into anaemic economic growth while some of its neighbours have been expanding twice as fast. The coronavirus has compounded Thailand’s headwinds, with its economy forecast to suffer a deeper contraction than its ASEAN peers.

The seemingly endless yellow versus red street protests make it tempting to write off Thailand as an also-ran. But the country is an indispensable piece of the regional strategic jigsaw puzzle in an era of global power shifts and transitions. Thailand is ultimately too central and crucial to be ignored or marginalised.

Geography makes it the economic locomotive of mainland Southeast Asia and a natural hub of ASEAN. With its 70 million people and close to US$500 billion GDP, the kingdom is ASEAN’s second largest economy.

Thailand’s history of crafty diplomacy in maintaining its independence against the odds over centuries places it in good stead with all the major powers. It is a US treaty ally and yet intimately close to China, while favoured by Japanese investors.

Despite the persistent impasse in its domestic politics, Thai economic growth stayed on a 3% trajectory, subpar but without contraction, prior to Covid-19.

Resilience, resourcefulness and joie de vivre are strands of the Thai DNA, but so are internal squabbling and power struggles. Unless they face external crises such as European imperialism, World War II and the Cold War, Thais seem unable get their act together at home.

Much will depend now on the kind of politics that unfolds under the new reign of King Maha Vajiralongkorn. Whether this leads to greater stability or to more polarisation and stagnation will determine much about the nation’s strategic role in the region.

The US and China might well have jointly led international cooperation to overcome the pandemic, but Covid-19 has merely reinforced tensions between the superpowers.

Conspicuously, Thailand was the first country outside China to register a Covid-19 case, a Chinese tourist from Wuhan on 13 January 2020. Yet Thai authorities didn’t impose travel restrictions against China until the pandemic ran amok in March 2020.

China is the constant variable in Thailand’s foreign policy mix, as Beijing deals with all regime types. As long as Thailand remains under authoritarian shadows, Bangkok will tilt towards Beijing if it can’t find acceptance and support from its ally in Washington. To the extent that China is the resident superpower, Thailand will handle and accommodate it accordingly, while relying on other middle and larger powers, such as Japan, Australia and the US, to maintain strategic balance.

Thailand, as with some of its immediate neighbours, will always be on the lookout for an autonomous space above and beyond the great powers.

Covid-19 has driven a deeper wedge between those who are ‘with’ and those who are ‘against’ China. If China maintains momentum as the first-in and first-out patient of the coronavirus ward and if it’s able to reopen its economy and regain economic dynamism while the US is mired in political polarisation amid a prolonged economic slump, then Thailand’s gravitation towards Beijing is likely to gain a corresponding pull.

Thailand’s domestic political morass and geopolitical outlook are consequential for Australia. They hold much in common as two of the five treaty allies of the US—the others are South Korea, Japan and the Philippines.

While Canberra is a major ASEAN dialogue partner, Thailand and Australia have played key roles together in architecture-building projects for regional peace and prosperity, from APEC and the ASEAN Regional Forum to the East Asia Summit and the ASEAN Defence Ministers Meeting Plus. But notwithstanding this bilateral cooperation, Thailand’s and Australia’s geostrategic interests appear increasingly divergent.

Australia was the first Western democracy to accept Thailand’s new political realities by engaging with the coup regime as early as May 2015, even while the US and European governments gave the ruling Thai generals a cold shoulder.

Australian policymakers were spot-on in their understanding of Thailand’s political power plays and nuances. But they may have underestimated the extent to which the Bangkok–Beijing axis was deepening at the expense of the US and the EU. While the junta-backed Thai government moved closer to China from 2014 to 2019, Australia went the other way. In turn, souring Australia–China relations have impinged on Canberra’s dealings with Thailand and some other Southeast Asian governments.

Correction: An earlier version of this article gave incorrect figures of 660 million for Thailand’s population and US$2.9 trillion for its GDP. Those figures are for ASEAN as a whole, as stated in the report on which this post was based. The figures were corrected at 1130 on 19 June 2020.

‘Life After Bernie’: The Young Left Braces for Disappointment in 2020 – POLITICO