The battle to keep this country together will be harder in some provinces than others – CBC.ca

<a href="https://www.cbc.ca/news/politics/canada-votes-newsletter-issue29-keep-country-together-provinces-1.5336390" target="_blank" rel="noopener noreferrer">The battle to keep this country together will be harder in some provinces than others</a>  <font color="#6f6f6f">CBC.ca</font>

Bringing together a divided country

When you look at a map showing how the various regions of our country voted, the colours tell a story that’s impossible to miss.

Bright red in the middle, a solid swath of bright blue to the left, a lighter blue covering much of Quebec.

Has the map looked that way before? Sure. But that doesn’t mean this portrait of a deeply divided country should be dismissed or ignored.

Even former Ontario premier David Peterson, who was in the middle of the battle over the ill-fated Meech Lake accord (a bloody one), thinks things aren’t good. “It hasn’t been this bad for probably 20 or 30 years,” he told Power & Politics.

“Every single Canadian who is in a position of responsibility has to watch their rhetoric … This is very, very unstable.”

The divisions run very deep right now; they even run through the parties themselves. Recently, I asked Alberta NDP Leader Rachel Notley whether her post-election conversation with federal leader Jagmeet Singh had led her to reconsider her earlier dismissal of Singh’s views of the Trans Mountain pipeline project as “ridiculously naive.”

“Umm, not particularly,” she replied.

“[Singh] does not have the leverage to [block the project] in the House of Commons as it’s currently constructed … so he should stop talking about it and focus on things where he has more consensus with respect to his priorities, like pharmacare.”

To be fair, it’s not like Singh has wavered in his position on TMX; he’s pointed to environmental concerns and Indigenous opposition as reasons to object to it. But one of the most successful New Democrats at the provincial level feels alienated by that position – so you can imagine how a lot of non-New Democrats in the province feel.

Notley wasn’t alone in taking aim at federal parties over the election’s result. Alberta Premier Jason Kenney and Saskatchewan Premier Scott Moe came out swinging the morning after; both wrote letters telling the prime minister to drop the federal carbon tax, for a start.

I don’t own a crystal ball, but I’d bet my nicest purse that Justin Trudeau won’t do that. More people voted for parties in favour of the carbon tax than voted for the parties opposed to it.

Is there something else Trudeau and his government could do to calm the waters? His post-election press conference offered a hint. He was firm about moving ahead with the TMX expansion, placing more emphasis on it than he had during the campaign. The pipeline expansion still faces court challenges, but it looks like it has an ally in the federal government. But it might not be enough.

Alberta and Saskatchewan have premiers who are ideologically opposed to Justin Trudeau. So are a lot of the people they represent. I’m not saying it’s right or wrong – but the name ‘Trudeau’ carries a lot of baggage, especially in Alberta (I’ll take ‘National Energy Program’ for a thousand, Alex). I honestly don’t know that building ten pipelines under a Trudeau government would make a lot of difference.

Quebecers also felt their interests were under siege in this election – which explains why the Bloc is back in a big way. The party’s leader knows he has leverage in the new Parliament, but says he wants it to last.

“The responsibility of the prime minister and the Liberal Party is to make this Parliament work,” Yves-François Blanchet said. “There is a law that says the mandates are supposed to last four years and (the Liberals) should do what it takes, in complete respect of the decisions of Canadians and Quebecers, to make this work.”

The Liberals are still represented in Quebec; in fact, they won the popular vote there. So re-building bridges in that province likely won’t be difficult.

Alberta and Saskatchewan are a different story. I don’t know exactly what could be done to temper their anger. I just know there’s a lot riding on it.

After 29 issues focused on the federal election, our weekly newsletter is undergoing some changes.

Now that the campaign itself is over, we’re changing our focus to the election’s aftermath. How will Justin Trudeau govern without a majority? How might rising regional tensions affect the federal political scene? And what does the future hold for each of the political parties and their leaders?

Those are just some of the questions we’ll be tracking in the new version of this weekly bulletin. As we retool, we want to hear from you! What parts of the newsletter have you liked or disliked? What do you want to see going forward? Let us know – and stay tuned for a new weekly political newsletter landing in your inbox in a few weeks.

Amanda Alvaro  president and co-founder of Pomp & Circumstance
The Liberals will be focused on successfully pursuing the progressive mandate Canadians gave them after winning the election: uniting the country, a real fight against climate change, investment in the middle class, gun control and defending our interests on the world stage.

Rachel Curran senior associate at Harper & Associates Consulting
The Conservatives, in the weeks and months ahead, will be analyzing the results of the campaign to determine what went right and what went wrong, leading into the party’s next convention in April 2020, where members will undertake a leadership review.

Kathleen Monk principal at Earnscliffe Strategy Group
New Democrats avoided a much-predicted wipe-out across the country, but now that the election is over there’s work to be done to rebuild in Quebec, Saskatchewan and Ontario. Jagmeet Singh can be proud of the progressive platform he ran on and the beachheads made in Nunavut, Newfoundland and Labrador, and kept in Alberta. Lâche pas!

After 40 long days, it is finally time to put the Poll Tracker to bed.

When will it be back?

If Justin Trudeau’s government is not defeated in the House of Commons, and if the prime minister doesn’t pull the plug himself, the next election will take place on Oct. 16, 2023.

History suggests we won’t have to wait that long.

The average time between elections in minority Parliaments has been 692 days, or about 23 months. It has averaged 653 days since the 1950s, when minority governments became more common.

That would put the next election around August 2021.

Only one lasted a full four years: Mackenzie King’s Liberal government elected in 1926, which survived with the support of the Liberal-Progressives. All the others were cut short, either by defeat in Parliament or by choice.

Short-duration minority governments tended to be followed by the defeat of the party in power. Longer-lived ones were more likely to be re-elected.

So maybe the Liberals have an interest in making this Parliament last as long as possible. That’s not a foolproof strategy, though. After governing for four years in a minority Parliament, King was defeated in 1930 when the country was in the early stages of the Great Depression.

Had he gone to the polls before the stock market crash in 1929, maybe he would have been re-elected. But then he would have borne much of the blame for the ravages of the Depression, which could have ended his political career in the early 1930s. Instead, he returned to power in 1935 and led the country through the Second World War.

In politics, timing can be everything. So keep an eye on that calendar and we’ll keep the Poll Tracker at the ready, just in case.

House of Commons offers defeated MPs up to $15K for career help, tuition

While dozens of incumbents who weren’t re-elected in Monday night’s federal election are still taking stock of their losses, they can take some comfort in the House of Commons transition program. Read more here.

‘We need to really go to work’: Goodale calls for Liberal outreach in Western Canada

Defeated Liberal cabinet minister Ralph Goodale says his party has a lot of urgent work to do to prove to western provinces that the Trudeau government understands their needs. Read the full story here.

The decline and fall of the NDP in Quebec

It took 12 years for the NDP to build a powerful political movement in Quebec — and to watch it collapse. Read more from Jonathan Montpetit. 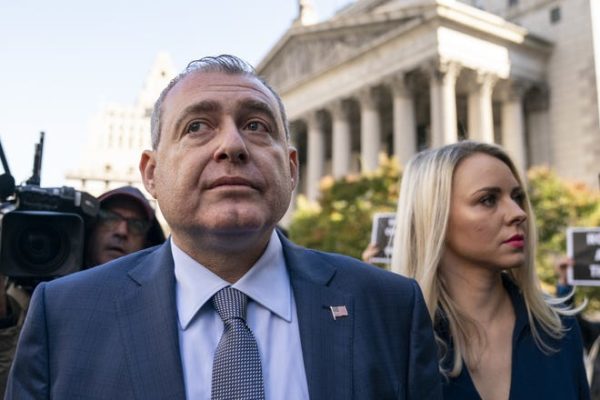