The Politics of Impeachment – The New York Times

I have been sick at heart and sick to my stomach ever since Donald Trump assumed the presidency, and I watched the impeachment hearings over two weeks with an ever-deepening sense of foreboding: Will he once more dodge any accountability or consequence for his outright lies and his despicable actions?

It is hard for me to believe that the Republican Party, in particular the Senate Republicans, will continue to stand behind this man, that they will enable him to do continuing damage to our country and our institutions. Republicans have sold out their principles and made a deal with the devil.

And for what? So they can get re-elected? So they can pack the courts with conservative judges? I am enraged when I read how some Republicans privately say they loathe Donald Trump but in front of the cameras they are his champion.

Representative Adam Schiff, in his most eloquent and moving closing statement, asked where are the Howard Bakers of the Republican Party? To that I will add: Where are Senators Lisa Murkowski, Susan Collins, Ben Sasse? How wonderful and patriotic it would be for these senators to stand in the Senate well and say publicly that they condemn Donald Trump. This is their opportunity to put country over party. What will they do?

I am a lifetime Republican and have never been more concerned about my country or my party. The Republican Party previously endorsed impeachment for obstructing a congressional inquiry into an attempted burglary of an opponent’s office for political dirt. That was Richard Nixon. The Republican Party previously endorsed impeachment for having an affair with an intern and lying about it. That was Bill Clinton.

Yet today the Republican Party does not support impeachment for coercing a foreign government to interfere in our electoral process, jeopardizing our national security, obstructing Congress’s investigation and lying about it.

The facts are clear. Mr. Trump is as guilty as Mr. Nixon and Mr. Clinton. And Mr. Trump’s offense is far, far worse.

It’s time for politicians to do what’s right … for their own integrity, for their oath of office, for love of our country and for the future of our democracy.

It has been reported that a group of Senate Republicans met with White House officials to plot strategy for a possible impeachment trial. Are we to understand that certain members of the Senate, jurors in a future impeachment trial, are plotting strategy with the defendant?

It’s terrifying that as hopeful a writer as Paul Krugman has apparently given up on any of the Republicans in Congress seeing fit to punish a president who has ventured far beyond permissible boundaries of political behavior (“Trump and His Corrupt Old Party,” column, Nov. 22).

As Adam Schiff noted in the just completed hearings, the biggest difference between the 1974 impeachment inquiry into Richard Nixon and the present effort is that back then there were more than a few members of the president’s party who considered the truth more important than partisan loyalty. Today, for reasons Mr. Krugman lists — above all, money — there seem to be hardly any.

The political scientist Daniel Ziblatt wrote that the single biggest factor in keeping a democracy healthy is having a strong center-right (hence, “conservative”) party that believes in the preservation of norms like rule of law.

It does seem that what we’re witnessing is a Republican Party that is so scared of America’s multiethnic future that it has given up on truth and the rule of law. God help us.

In order to broaden public support for impeachment, the Democrats are stretching federal bribery law, which involves the corrupt offering of benefits to federal officials, so that it also covers benefits to foreign leaders. As long as they’re embellishing they might consider the way that their favorite witnesses — ambassadors — often get their jobs: through massive donations to presidential candidates. That common practice seems closer to the statutory meaning of bribery than any benefits offered to the president of Ukraine.

The impeachment inquiry in the House must not end without access to executive branch documents and witnesses. Otherwise it sets a precedent that Congress accepts the president’s baseless claim of total executive privilege.

Without unfettered access to executive branch officials and documents, the power of impeachment is crippled. If Richard Nixon had been able to hide the Watergate tapes and other White House records and staff testimony, neither the break-in nor the cover-up could have been traced to the president.

Worse, closing the books now will confirm this president’s belief that he can misuse power and break any laws without serious consequences.

Representative Adam Schiff must wait for judicial resolution of the president’s claim of privilege. That will ensure a proper investigation and, at the same time, preserve the impeachment mechanism that protects us from an executive branch gone rogue.

President Trump is Vladimir Putin’s patsy. Blinded by a compulsion to become the first American oligarch, Mr. Trump cannot see how expertly he is being played. The American president struts around attacking those he perceives as weak. Yet it is the bully who is vulnerable.

The impeachment hearings showcased extraordinary Americans who exemplify the very people bullies like Mr. Trump fear. As the Bully Project asserts, “Adult bullies target people who are good at their job and excel beyond them … especially those who have high morals and integrity.”

And who fears the bully? Not only his current victim, but those around him who worry that they will be humiliated as the next target. In today’s America, we call them Republicans.

Meanwhile, Mr. Putin, the master manipulator, knows a bully’s ways and sees how he can exploit Mr. Trump’s desire to be an omnipotent ruler like himself. But Mr. Trump, and many Americans, have been no match for the Russian propaganda machine. Thus our democracy hangs by a thread.

President Trump’s goal was getting Ukraine to announce an investigation into the Bidens, not to do the investigation. This makes perfect sense. The announcement would be the opportunity for lots of Trump Twitter comments, talking points for Kellyanne Conway and sound bites for Trump supporters, until the phrase “Biden Corruption” was thoroughly implanted in the public’s consciousness.

But if Ukraine actually performed an honest, good-faith investigation of the Bidens and found no corruption, a likely outcome, Mr. Trump’s false assertions would be exposed. It would be much safer for the president to pressure Ukraine into making a big announcement, and then discourage it from following through.

I never thought I would refer to “Seinfeld” to help me understand President Trump and certain members of Congress. However, there is an episode in which Jerry is confronted with the problem of “beating” a lie-detector test and turns to George for advice.

“Jerry, just remember, it’s not a lie if you believe it!” his friend tells him. 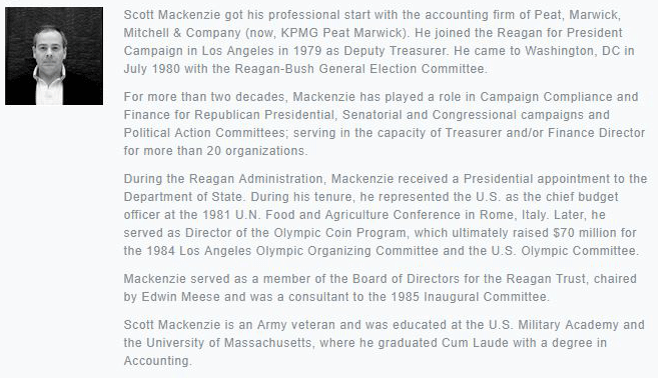 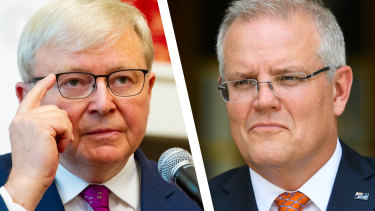