At the same time that President Donald Trump and Housing and Urban Development Secretary Ben Carson are promising federal action to intervene in homelessness in California, they’re rejecting requests from local officials for help and escalating the blame game between the federal government and the state.

Add Donald Trump as an interest to stay up to date on the latest Donald Trump news, video, and analysis from ABC News.

California Gov. Newsom and local leaders. including mayors of the state’s 13 largest cities. wrote to Trump this week to ask for more federal funds to expand programs like housing vouchers that help people get off the street into stable living situations.

“We can all agree that homelessness is a national crisis decades in the making that demands action at every level of government – local, state, and federal. In California, state and local governments have ramped up action to lift families out of poverty by investing in behavioral health, affordable housing, and other homeless programs,” they wrote. “In contrast, your Administration has proposed significant cuts to public housing and programs like the Community Development Block Grant.”

The Trump administration has rejected that request.

“Your letter seeks federal dollars for California from hardworking American taxpayers but fails to admin that your State and local policies have played a major role in the current crisis,” Sec. Carson wrote in a letter responding to the leaders.

“If California’s homeless population had held in line with overall population trends, America’s homeless rate would have decreased. Instead, the opposite has happened, as California’s unsheltered homelessness population has skyrocketed as a result of the State’s over-regulated housing market, its inefficient allocation of resources, and its policies that have weakened law enforcement.”

(MORE: Trump targets California for plan to deal with homeless on ‘our best streets’)

The letter cites the Council of Economic Advisers report released this week that blames over-regulation for driving up housing costs.

Carson says he wrote the letter at the president’s request.

Housing advocates tell me there are some state and local policies that have led to the affordable housing shortage in California but that many local leaders and voters in California have supported changing them. They also say that while there needs to be more focus and investment on expanding affordable housing it could take decades for that to impact homelessness and, in the meantime, there needs to be more federal investment in providing immediate help to get people off the street.

In addition to blaming regulations, Carson’s letter specifically says California has “undercut the ability of police officers to enforce quality-of-life laws, remove encampments, and connect our most vulnerable populations with supportive services they need.” It adds that California has not applied for federal funding to add more beds in psychiatric hospitals to provide services for individuals that need services for mental illness or grave disability.

The letter also blames California’s sanctuary policies, saying “illegal and inadmissible aliens are increasing housing demand and draining resources,” and says the Trump administration is addressing the problem by improving border security to reduce drug use. “The Trump administration is doing its part,” Carson writes in the final part of the letter. “California needs to address the obvious local issues within its control to help address this catastrophe. When California has shown that it is willing to make hard and thoughtful choices to address these issues, the Trump Administration stands ready to support its efforts.”

Earlier in the day Carson told reporters the federal government could start giving preference for housing grants to cities that commit to reduce regulations on developers. He specifically mentioned rules like requirements for solar panels on new development or limits on having multiple families in one home as regulations that could be lifted to make it easier and cheaper for developers to build and expand affordable housing across the country.

(MORE: Trump on homelessness problem in California cities: ‘Clean it up’ )

He said multiple agencies are looking at the issue and working with states to determine what they could do to expand affordable housing and address homelessness.

“Probably just as importantly and maybe more importantly is working with the local municipalities by incentivizing them through grant preference points to actually look at some of the things that are preventing the building of affordable housing,” he said at a press conference in Los Angeles on Wednesday.

When asked to clarify if the administration would tie HUD grants to incentives to change zoning rules he repeated the statement.

“We’ll give preference points to people who are willing to look at these things,” he said, adding “those kinds of things can be easily removed, there’s stacks of rules and instead of replacing regulations what we did was just add regulation on top of regulation, which makes everything complex, takes forever to do, and cost way more money than it needs to.” 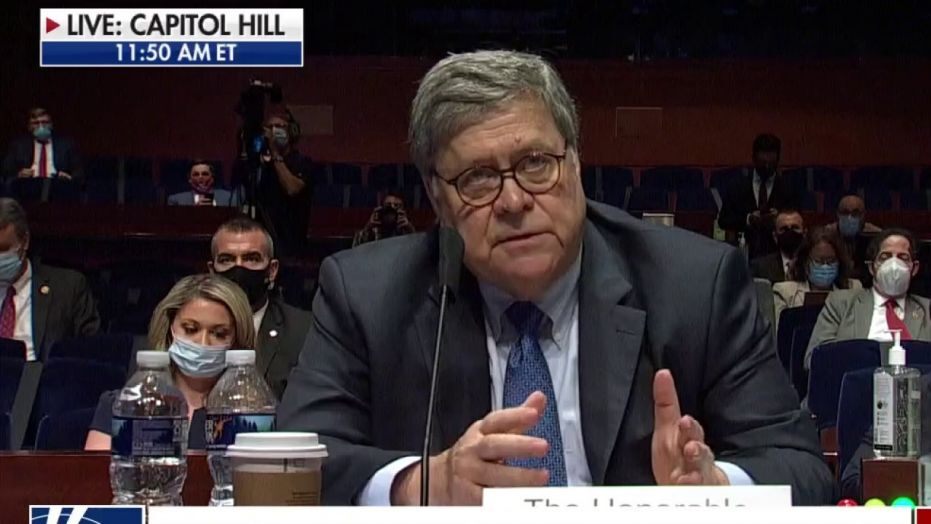