Democratic Rep. Adam Schiff, the chairman of the House Intelligence Committee, tweeted his support for the House’s formal impeachment inquiry.

His support comes hours after House Speaker Nancy Pelosi announced the formal inquiry, a dramatic and historic move that comes as the President faces outrage over reports that he pressured a foreign leader in an effort to target a political rival.

Democratic Rep. Ilhan Omar told CNN that President Trump’s phone call with Ukraine’s president was “the straw that broke the camel’s back” for the House deciding to move forward with an impeachment inquiry.

“This particular incident shows that the President clearly thinks he’s above the law. He is withholding aid so he can pressure a foreign country to dig dirt on a potential presidential opponent. That is very unconstitutional and we must hold him responsible,” Omar said.

Calls for an impeachment inquiry have grown louder amid a growing controversy over Trump’s July 25 call with Ukrainian President Volodymyr Zelensky where he discussed former Vice President Joe Biden.

Of the 235 Democrats in the House, there are at least 172 who’ve made clear they support starting the impeachment inquiry process, while some have gone further, according to a CNN count.

House Speaker Nancy Pelosi told her caucus today that the impeachment inquiry will be done “expeditiously,” but wasn’t specific in her timeframe, according to a source in the room during the meeting.

Rep. Jackie Speier told CNN that the President’s actions in regards to Ukraine were so egregious, that there has been a “dramatic” shift by Pelosi.

“I think she’s very laser-focused on this offense as being so egregious that it warrants a full blown impeachment inquiry,” she said.

Asked what the timeline is for this, she said, “swiftly.”

House Judiciary Committee Chairman Jerry Nadler said today after Pelosi’s remarks, “I only have one thing to say, full speed ahead.”

“Before making any judgments, I want to know the facts of what occurred between the President and Ukraine,” McAdams said. “I share Sen. (Mitt) Romney’s view that If the President used his position to pressure a foreign power to dig up dirt on a rival for his own personal gain, it would be deeply troubling. I believe it would be a betrayal of the loyalty owed to our country and the Constitution.”

Rep. Max Rose, another endangered House Democrat, told CNN that he has not moved off his opposition to impeachment, but argued that “we have to get to the facts” of the allegations.

“It is impossible to not take these allegations seriously. It is a national security matter,” the New York Democrat said Tuesday on Capitol Hill, adding, “It’s incredibly serious … what I’m not going to do is jump to make another declaration.”

Asked if that meant he is opposed to moving ahead on impeachment, Rose said, “My current position right now is clear, but that is not a justification to not take these points as seriously as possible.”

Asked if he wanted the transcript of his phone call with Trump to be released, Zelensky said “We’ll see.”

About the call: According to a person familiar with the situation, Trump pressed Zelensky in a call to investigate former Vice President Joe Biden’s son, Hunter.

President Trump tweeted just now that Secretary of State Mike Pompeo received permission from Ukraine to release a transcript of his call with President Volodymyr Zelensky.

“They don’t know either what the big deal is,” Trump said.

“It simply confirms that House Democrats’ priority is not making life better for the American people but their nearly three-year-old fixation on impeachment,” he said.

“Washington Democrats have been searching for ways to reverse their 2016 election defeat since before President Trump was even inaugurated.
The result has been a two-and-a-half-year impeachment parade in search of a rationale. When investigations by Special Counsel Mueller and the Senate Select Committee on Intelligence deflated their breathless accusations of a campaign conspiracy with Russia, Democrats have simply shifted to new arguments for their predetermined conclusion.
Speaker Pelosi’s much-publicized efforts to restrain her far-left conference have finally crumbled. House Democrats cannot help themselves. Instead of working together across party lines on legislation to help American families and strengthen our nation, they will descend even deeper into their obsession with relitigating 2016.
This rush to judgment comes just a few hours after President Trump offered to release the details of his phone conversation with President Zelensky. It comes despite the fact that committee-level proceedings are already underway to address the whistleblower allegation through a fair, bipartisan, and regular process.
It simply confirms that House Democrats’ priority is not making life better for the American people but their nearly three-year-old fixation on impeachment.”

“Speaker Pelosi happens to be the speaker of this House but she does not speak for America when it comes to this issue. She cannot decide unilaterally what happens here. They have been investigating this President before he even got elected,” he told reporters.

He criticized Democrats for going after Trump, saying, “This election is over.”

“It’s time to put the public before politics,” McCarthy said.

Democratic presidential candidate Beto O’Rourke said in a statement today he is “grateful to Speaker Pelosi” for opening a formal impeachment inquiry.

“We all must come to terms with what we face: a lawless president who has obstructed justice and undermined our democracy by inviting a foreign power to intervene in 2016, and who is doing it again in 2020,” O’Rourke said.

“I am grateful to Speaker Pelosi for opening an impeachment inquiry into President Trump.
For more than two years, even as I was running for Senate in Texas, I have been clear that I support impeachment. We all must come to terms with what we face: a lawless president who has obstructed justice and undermined our democracy by inviting a foreign power to intervene in 2016, and who is doing it again in 2020.
This is a defining moment for our country. I believe our nation will rise to it — but only if we stop worrying about polls and start doing what’s right. Many are concerned that impeachment will further tear this country apart. I believe the opposite — that this process can be what finally begins to unite this nation once again. Because before we are anything else, we are all Americans first. And if we believe no one is above the law, if we believe our democracy is worth defending — from enemies foreign and domestic — then we must impeach President Trump.
At this defining moment, history is calling on us to do the right thing, and it is on each and every one of us to save this democracy before it’s too late.” 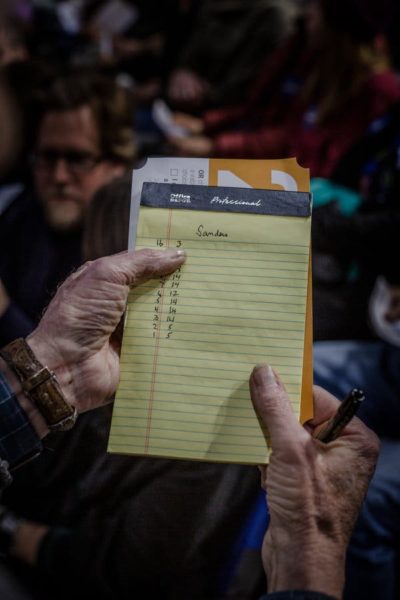 The U.K. Election Explained, in One Number – The New York Times