Lev Parnas and Igor Fruman helped Rudy Giuliani meet a Ukrainian prosecutor as the president’s personal lawyer pushed for an investigation into Trump’s political rival Joe Biden. Both of the men are among prospective witnesses House Democrats want to question in their impeachment inquiry.

Manhattan U.S. Attorney Geoffrey Berman said Parnas and Fruman were arrested Wednesday evening at Dulles International Airport near Washington as they prepared to board a international flight with one-way tickets. Berman did not reveal their destination, but a person familiar with the matter said they were ticketed for Frankfurt, Germany. Kukushkin was arrested in San Francisco, and Correia was not yet in custody late Thursday.

Prosecutors allege that they “conspired to circumvent the federal laws against foreign influence by engaging in a scheme to funnel foreign money to candidates for federal and state office so that the defendants could buy potential influence with candidates, campaigns and the candidates’ governments.”

“Protecting the integrity of our elections (is) the core function of our campaign finance laws,” Berman said Thursday, adding that the inquiry was continuing.

A federal judge in Alexandria, Virginia, late Thursday set bail at $1 million each, requiring that they submit to electronic monitoring and home detention if they are released. Their travel would be limited to south Florida, where they have lived, and New York, where the charges have been filed and the case against them will proceed.

Having no significant prior history of political giving, the pair “sought to advance their personal financial interests and the political interests of at least one Ukrainian government official with whom they were working,” the indictment charges.

Among their beneficiaries, according to court documents, was a U.S. congressman who received $5,400 last year from the pair who also pledged raise $20,000 for the lawmaker as they sought to enlist him in an effort to remove Marie Yovanovitch as U.S. ambassador to Ukraine. The congressman was not named in court documents, but a person familiar with the matter identified the lawmaker as former Rep. Pete Sessions, R-Texas.

Sessions wrote a letter last year to Secretary of State Mike Pompeo, urging Yovanovitch’s ouster. The former congressman could not be immediately reached for comment. Yovanovitch was recalled in May.

To hide their sources of funding and capital, Parnas and Fruman created a limited liability company called Global Energy Producers and “intentionally caused certain large contributions to be reported in the name of GEP instead of their own names,” the indictment says.

When news about the Global Energy Producers’ contributions surfaced, the indictment says, an individual working with Parnas remarked that this “is what happens when you become visible … the buzzards descend.” Parnas responded, that’s “why we need to stay under the radar.”

The indictment alleges that Parnas, Fruman, Correia and Kukushkin schemed with an unidentified foreign national who is a Russian citizen to get retail marijuana licenses in states, including Nevada. In or around September and October 2018, Correia drafted a table of prospective political donations. The table allegedly described a multistate licensing strategy that would funnel $1 million to $2 million in contributions to federal and state political committees.

The plan allegedly included a funding schedule of two $500,000 transfers. The foreign national arranged for the funds to be wired on or around Sept. 18, 2018, and Oct. 16, 2018, from overseas accounts to a U.S. corporate bank account controlled by Fruman and another individual,” the indictment charges.

Parnas and Fruman, who were born in Ukraine when it was part of the Soviet Union and live in Florida, have become political players in recent years. In May 2018, Parnas posted pictures on Facebook of himself and Fruman with Trump in the White House and with the president’s son Donald Jr. in California. That was the same month their company, Global Energy Producers, was credited with giving $325,000 to the committee that supports Trump’s reelection, America First Action SuperPac.

The campaign contribution sparked a complaint to the Federal Election Commission – and at least two lawsuits – because of questions about the source of the money. Berman, appointed by Trump, characterized the $325,000 contribution as “one of the largest donations” received by the committee.

Thursday, the committee acknowledged receiving the Global Energy Producers donation in May 2018.

“In July 2018, a complaint was filed with the Federal Election Commission concerning this contribution,” the committee said in a written statement. “There is also separate litigation pending in Florida that concerns these funds. Accordingly, America First Action placed that contribution in a segregated bank account, it has not been used for any purpose and the funds will remain in this segregated account until these matters are resolved.  We take our legal obligations seriously and scrupulously comply with the law and any suggestion otherwise is false.”

Three House committees – Foreign Affairs, Intelligence and Oversight and Reform – scheduled depositions Thursday with Parnas and Friday with Fruman to ask how they fit in with Trump’s dealings with Ukraine. Those panels have subpoenaed documents from Giuliani and Secretary of State Pompeo.

Attorney John Dowd, who represents the two men, had earlier notified the committees that they were given too little notice to prepare. Dowd did not immediately respond to a request for comment Thursday.

What role did Parnas and Fruman play?

The impeachment investigation has focused on a phone call July 25 in which Trump urged Ukrainian President Volodymyr Zelensky to investigate Biden. Text messages between top State Department officials suggested the demand was a trade-off for nearly $400 million in military aid.

Trump has tweeted that as president, he has “an absolute right, perhaps even a duty,” to investigate corruption. He defended his discussion with Zelensky as a “perfect” call and said there was no quid pro quo between the request to investigate Biden and the military aid.

White House counsel Pat Cipollone notified House Speaker Nancy Pelosi, D-Calif., and the three committee chairmen Tuesday that Trump would not cooperate with an investigation he considers partisan and unfair.

More: A diagram of events in the impeachment inquiry of President Trump

Parnas and Fruman drew the congressional spotlight because they helped arrange a meeting in January in New York between Giuliani and Ukraine’s then-prosecutor general, Yuri Lutsenko, according to Ukrainian media reports.

Former Ukrainian prosecutor general Viktor Shokin, Lutsenko’s predecessor, is at the heart of the impeachment inquiry because Trump and Giuliani pushed an unsubstantiated claim that Biden urged Shokin’s removal in 2016 to thwart an investigation into a company tied to his son Hunter. Biden denied wrongdoing, and Lutsenko told The Washington Post that Hunter Biden “did not violate anything.”

Dowd, the lawyer who represents Parnas and Fruman, told the Intelligence Committee by letter Oct. 3 that they couldn’t meet a deadline Monday for documents and communications because the men were also represented by Giuliani and the material might be protected by attorney-client privilege.

“Your request for documents and communications is overly broad and unduly burdensome,” Dowd told the panel, calling the request an effort to “harass, intimidate and embarrass my clients.” Dowd said the committee should recognize “some semblance of due process, fairness, justice and common decency.”

Parnas told The Miami Herald the impeachment inquiry is a “soap opera,” and he defended Trump.

Impeaching a U.S. president might not be the be-all-end-all for their career. We explain why this is the case. Just the FAQs, USA TODAY

“I got certain information, and I thought it was my duty to hand it over,” Parnas told the Herald.

If Parnas and Fruman refuse to testify, the committees could subpoena them. Gordon Sondland, the U.S. ambassador to the European Union, was subpoenaed Tuesday after refusing to appear to describe his role in dealings with Ukraine.

The $325,000 campaign contribution May 17, 2018, took a wayward path to America First Action, a political action committee that supports Trump’s reelection. The contribution was attributed to the company Global Energy Producers on the committee’s report to the Federal Election Commission. Parnas was listed as CEO of the company and Fruman as president in other campaign documents.

According to The Associated Press, the money actually came from a different corporate entity, Aaron Investments I, which was managed by Parnas and his wife. Aaron Investments received $1.2 million from the proceeds of a private mortgage May 15, 2018, secured by a condo unit in North Miami Beach owned by a separate corporation tied to Fruman, according to AP. Wire-transfer records show $325,000 was then wired from Aaron Investments to America First Action, even though the contribution was credited to Global Energy Producers.

Four days after the contribution, on May 21, 2018, Parnas posted a picture on Facebook of himself with Fruman and Trump Jr. at a breakfast at the Beverly Hills Polo Lounge in California. “Power Breakfast!!!” the caption said. Parnas had previously posted a picture of himself with Trump at the White House on May 1, describing an “incredible dinner and even better conversation.”

The Campaign Legal Center, a nonpartisan campaign finance watchdog based in Washington, filed a complaint with the FEC in July 2018 arguing that Global Energy Producers shielded the source of the political contribution. Under federal law, contributions must be attributed to the person or entity providing the money, to avoid straw donations.

Parnas and Fruman were generous to a variety of Republican campaign groups. Parnas has contributed nearly $125,000 since October 2016 and Fruman more than $44,000, according to FEC records.

A legal case right out of the movies

A Florida man named Felix Vulis filed a state lawsuit in March against Fruman, Parnas and Global Energy Producers seeking repayment of a $100,000 loan that was provided to help the business achieve the goal of becoming the country’s biggest exporter of liquid natural gas. Vulis wrote a check Oct. 1, 2018, that was supposed to be repaid by Dec. 1, 2018, but wasn’t, according to the lawsuit. Both sides said the case was settled amicably Aug. 23.

A thornier case lingers from a federal judgment that Parnas owes for a movie that never got made.

The Pues Family Trust IRA filed a federal lawsuit in 2011 in New York City seeking repayment of a $350,000 loan to Parnas. The trust’s executor, Michael Pues, described the money in court documents as a bridge loan for a movie with the working title “Anatomy of an Assassin,” while Parnas found more investors.

Parnas denied in a court filing that the money was a loan. Parnas said the movie, which he said was going to be called “Memory of a Killer,” fell apart because of financing problems, including Pues not contributing $1 million as promised.

A judgment in the federal case in March 2016 ordered Parnas to pay the Pues Family Trust $510,435 for the loan and 9% annual interest.

America First Action said in a filing in July that it objected to the lawsuit’s claim that the $325,000 contribution came from Aaron Investments rather than Global Energy Producers. The committee said it would provide documents that related to the wire transfer.

Parnas argued against a subpoena for Global Energy Producers in the case, saying the company wasn’t involved in the case that led to the New York judgment.

More about the impeachment investigation of President Donald Trump:

What’s going on with Trump and Ukraine? How does it involve Biden and a whistleblower complaint? 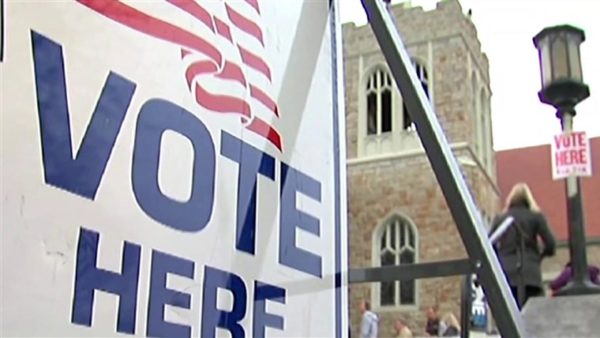