<a href="https://www.columbian.com/news/2019/aug/28/westneat-states-politics-need-a-shake-up/" target="_blank" rel="noopener noreferrer">Westneat: State's politics need a shake-up</a>  <font color="#6f6f6f">The Columbian</font><p>So Jay Inslee is going instead for a third term as governor, which means Dow Constantine is probably headed for a fourth term as King County Executive and ...</p>

So Jay Inslee is going instead for a third term as governor, which means Dow Constantine is probably headed for a fourth term as King County Executive and Bob Ferguson for a third term as attorney general, which in turn means state Rep. Drew Hansen will stay on for a sixth term in the state House and M. Lorena Gonzalez will stay on the Seattle City Council and Hilary Franz will stay … zzzzzz.

Politics is like the Politburo around here. It’s as if we have a standing committee with strict hierarchical lines of succession, made up solely of Democrats of course (the local Republicans are all but extinct due to their party going off the deep end at the national level).

The Democrats’ deference to this polite pecking order was on display last week at a news conference. Inslee, Ferguson and Constantine all feigned surprise at talk they might be rivals and instead gushed about how much they love their current jobs, and each other.

“This is a great team pulling together,” Inslee said. “I just wouldn’t run against a friend,” echoed Ferguson.

So much for that forecast of a fresh breeze blowing through our politics.

Did you know our state’s top three elected officials — Inslee and our two U.S. senators — have 85 years combined in one elected position or another? But there is zero hint that this might be enough.

The Republicans are hopeless right now locally, so somebody in the Democratic Party ought to go against conventional wisdom and challenge Inslee. No offense to Jay — he’s a good guy who tried to get people to care about climate change. But the results were not exactly encouraging.

“Jay Inslee ran on the fact that the world is going to end if we don’t do something right (expletive) now, and he polled like 0.7%,” a USC professor summed up on Twitter.

Inslee drew praise by the press and fellow politicians for “making a mark” on the campaign with his single-issue focus. I don’t agree: To me his maddening failure to draw a single supporter in many opinion polls — even in nationwide polls, which would include West Coast — is going to make it harder for climate change to get traction as a political issue, not easier.

But going ahead, my question is more practical: When you’ve just said in a presidential debate that there’s only one issue that matters, and that “literally the survival of humanity on this planet and civilization as we know it” is at stake, how do you then go back to talking about K-12 education-funding formulas, traffic, taxation, “lean management” or any of that local stuff?

It’s a legitimate issue whether Inslee’s heart can still be in the job.

Increasingly voters seem skeptical of long incumbencies anyway. Look at what’s happening with King County Councilmember Larry Gossett. The man’s a civil-rights legend, but at age 74 is being upstaged by a surprise, intraparty challenger, 32-year-old newcomer-to-politics Girmay Zahilay. Should Gossett somehow win re-election in November, though, the stiff challenge will undoubtedly make him a better, more responsive council member.

The pecking-order politics of the state Democrats is a formula for stagnation, choking off fresh views on the state’s most urgent issues.

Prime example: In order to get elected governor seven years ago, Inslee opted to come out strongly against a state income tax. But a case can be made that Washington’s regressive tax system has become the state’s top problem, the one that makes all the others harder to fix, from ongoing K-12 funding issues to the ailing mental-health system to inequality in general.

Now it looks like that debate can be safely ignored until 2024 at the earliest, as everybody just stays in their lanes.

Somebody should go all maverick and at least poke at this hidebound hierarchy. Instead they all stood in a line at the news conference, and, one after another, pledged happy fealty to it.

In the back of the room, one of the many aides on hand summed it up:

“It’s going to be a long four years,” he said. “And we’re determined to be all smiles about it.”

Receive latest stories and local news in your email: 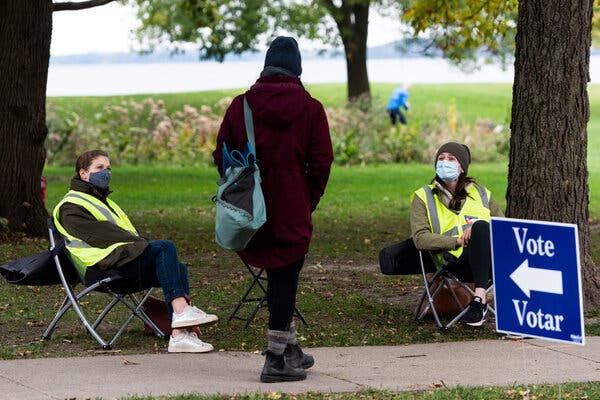