More than 500. That’s how many phone calls and emails Laura Colarusso, WGBH News digital managing editor, and Emily Judem, digital producer, made to Massachusetts city and town governments to gather information about women in local politics for their recent feature, The Original Old Boys’ Club. Through nearly a year of reporting and data gathering, they sought to answer this question: Why is Massachusetts, one of the most progressive states in the country, lagging when it comes to electing women to political office?

“I had been reading a lot about the Year of the Woman,” said Colarusso. “The stats for the number of women in politics for our federal and state level officials are really easy to come by. And so I started wondering: ‘What does it look like at the selectboard level?’”

About a decade ago, while working for The Boston Globe, Colarusso covered four towns: Reading, North Reading, Wilmington and Needham. At the time, two of the twenty select board members for those towns were women. Ten years later, little has changed.

“I’ve always felt like journalism that relies on data is important work,” said Colarusso. It’s grounded in something very concrete and that’s part of the way I wanted to approach this project. It really tells you something you don’t know.”

Judem had similar questions after reading an article in The Washington Post that ranked all 50 states based on gender diversity among national- and state-level politicians. Massachusetts fell near the middle of that list. But still, information at the local level proved difficult to find.

The two teamed up to investigate, deciding to focus on selectboards and city councils because there was no readily available information about their gender makeup. They started by calling the Secretary of State’s office to see if it might have data from past elections. No luck. They received the same response from the Massachusetts Office of Campaign and Political Finance — they would need to reach out to all 351 cities and towns in Massachusetts individually.

After going through annual town reports for data on selectboard members and city councilors in 2017-2018, the team hit a snag: “At first, I didn’t realize the extensive period over which the elections happened,” said Colarusso. “So, we gathered all the data for 2017-2018 and then realized that all the elections weren’t happening in November.” Though city elections generally take place in November, town elections are held February through June.

Undeterred, they went through the data for all 351 cities and towns a second time. The team — which expanded to include Lisa Williams, audience engagement editor; Kaitlyn Locke, digital associate producer; and Paul Singer, investigations editor — relied on town reports and websites to verify the data they collected, tracking the information in a spreadsheet.

“We did all of this in our spare time,” said Colarusso. “I balanced my reporting with editing, meetings and other tasks. I’d go home, put the kids to bed, and then stay up writing.”

About halfway through their data gathering, they began to notice trends.

“We hit a percentage [of the number of women holding selectboard seats] that was less than 30 percent, and I knew it was never going to go over 30 percent just by virtue of how much we had already done,” said Colarusso. “So, I just kept adding names. And I’d go back to the formula every once in a while and check to see if it was still in that range. Between the sheer number of seats, and such a low number of women, the needle never really moved that much.”

In the end, Colarusso and her team found that, of the 1,200 selectboard seats statewide, just a little over 300 are women.

But how to present the data? Colarusso tackled the written piece, and Judem produced graphics, an interactive timeline, and a video featuring women who had formerly held political office. Locke assisted with fact-checking and Williams prepared a social media campaign to share their findings.

“I think that the main takeaway was really that Massachusetts isn’t as progressive as it thinks it is,” said Judem. She said that many of her sources noted Massachusetts’s progressive nature, but also told her that the network needed to get into office has been dominated for hundreds of years by men, making it harder for women to get elected. “It was interesting hearing that anecdotally, and then seeing the numbers bearing it out,” she said.

The team plans to follow up on the local elections this summer to see if there is any movement for women, once again looking at the town and city data in an effort to see whether the 2018 midterm elections — billed by many as a major sea change after 117 women were elected to Congressional office — was really a step forward for women longer-term.

“1992 was the Year of the Woman, too, and then it took another 26 years for people to feel that excitement again,” said Colarusso. She noted that there is now a greater infrastructure to support female candidates, including local support groups and forums, and national organizations like Emerge, Ignite, and She Should Run.

“We might be standing at a moment where real change is going to happen, and I want to see if that’s true,” she said.

“Just because something is happening nationally and getting a lot of attention doesn’t mean you shouldn’t scrutinize what’s happening here at home,” said Judem. “And if you do the data gathering that hasn’t been done before, you can see the patterns.”

Check out The Original Old Boys’ Club in its entirety here, and listen to Colarusso’s conversation about the project with host Barbara Howard on WGBH’s All Things Considered here. 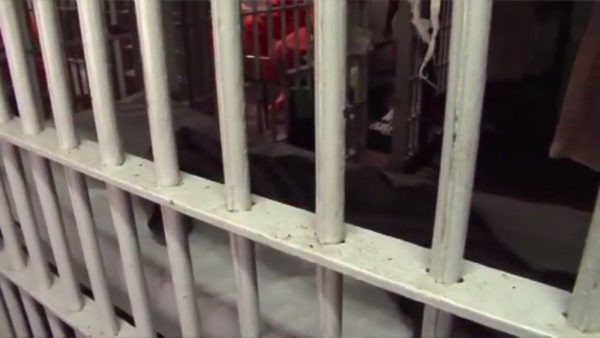 All Politics Are Local: Iowa Caucuses, the State of the Union and latest on impeachment – WSAV-TV