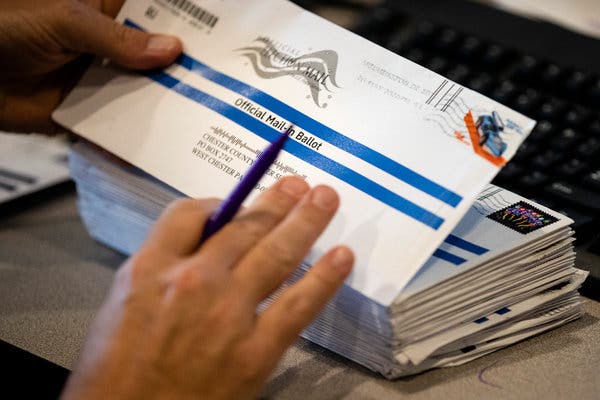 Eight states and Washington, D.C., are holding primary elections on Tuesday, and the drama is less about which presidential candidate Democrats support and more about how voters and elections officials adapt to voting by mail.

Tuesday’s contests in Indiana, Maryland, Pennsylvania and Rhode Island were postponed from dates in April and May, giving voters time to request and return absentee ballots. Iowa, Montana, New Mexico, South Dakota and the District of Columbia have largely transitioned from traditional primaries to ones conducted by mail.

Together, it’s a potential warm-up for the November general election, when voting by mail could be paramount because of the coronavirus.

Here’s what to watch for as the votes are counted on Tuesday — a process that could take a very long time given all the jurisdictions processing large amounts of mailed ballots for the first time.

Since the coronavirus crisis largely shut down American life in mid-March, a few states have held regularly scheduled elections. Wisconsin’s April 7 contest for a State Supreme Court race drew national scorn, but primaries in Nebraska and Ohio, held largely by mail, and Oregon, which sends ballots to all registered voters, took place with few problems.

Pennsylvania is perhaps the clearest test for how voters are responding to pushes from their party to request ballots by mail. Though the state’s presidential contest is irrelevant, with former Vice President Joseph R. Biden Jr. set to become the Democratic nominee, more than twice as many Pennsylvania Democrats have requested absentee ballots as have Republicans, according to data from the Pennsylvania Department of State.

How much of that is linked to President Trump’s repeated and baseless attacks on mail voting — or to Democrats’ eagerness to vote in an already decided presidential contest — is unquantifiable. But it is a data point that worries Republicans, especially in a key battleground state Mr. Trump carried in 2016.

Beyond partisan scorecards, there is also the question of whether elections officials running Tuesday’s contests are up to the task of smoothly instituting a new system of voting. It remains unclear whether the Postal Service and local clerks can process hundreds of thousands of new mail ballots — or if voting will be disrupted by the coronavirus or by renewed demonstrations against police violence.

One thing that seems quite likely: Elections jurisdictions will be slower than normal to process and report results.

In his 17 years in Congress, Representative Steve King, Republican of Iowa, has defended white nationalism, posted a Confederate flag on his office desk and described immigrants in vile terms.

That has put an increasingly large target on his back, but he has kept winning re-election — though opponents have given it their best shot.

Christie Vilsack, the wife of Tom Vilsack, the agriculture secretary at the time, lost to Mr. King in the general election by just over 30,000 votes in 2012. Four years later a Republican state senator, Rick Bertrand, made a serious primary challenge but ended up losing handily. And in 2018, J.D. Scholten, a Democrat, came within 10,000 votes of ousting Mr. King from a district considered safe territory for Republicans.

Now Mr. King has four Republican primary opponents. The best funded is Randy Feenstra, a state senator who has the support of most of Iowa’s Republican establishment. Mr. Feenstra has raised three times as much money as Mr. King.

But the splintered opposition could benefit Mr. King. In Iowa, a candidate must win at least 35 percent of the primary vote to claim the nomination. If no one does, the party’s nominee will be chosen this summer at a district convention, which is likely to be packed with activist Republicans still loyal to Mr. King.

Waiting for whoever emerges from the Republican primary is Mr. Scholten, who basically never stopped campaigning against Mr. King after the 2018 election. Democrats see Mr. Scholten as having a shot at winning in November if he faces Mr. King again, but the race probably wouldn’t be competitive against Mr. Feenstra.

The Senate Democrats’ campaign arm endorsed Theresa Greenfield for the Senate election in Iowa almost a year ago, but that didn’t scare her primary opponents out of the race.

Eddie Mauro, a Des Moines businessman, has poured more than $4 million of his own money into TV ads. Michael Franken, a retired vice admiral in the Navy, won the endorsement of The Des Moines Register. And Kimberly Graham, a lawyer, has sought to energize the Bernie Sanders wing of the party.

Ms. Greenfield, who has worked in urban planning and real estate, would have been a leading House candidate in 2018 had she not failed to qualify for the ballot, and she is seen as likely to win this time around. She has focused her TV ad spending on the incumbent Republican senator, Joni Ernst, and not on her Democratic opponents.

But it’s unclear how Democratic primary voters are reacting to the crises racking the nation. Even in Iowa, weekend protests in Davenport turned deadly, and the police took reporters into custody in Des Moines.

It would be a substantial embarrassment for both Ms. Greenfield and the Senate Democrats’ campaign arm if she fails to reach the 35 percent threshold required in Iowa to win the nomination — or, worse, loses it to someone else.

Republicans held New Mexico’s Second Congressional District, which covers the southern half of the state, for 36 of 38 years until Xochitl Torres Small, a Democrat, won it in 2018.

The two Republicans aiming to win it back are locked in a televised contest of their loyalty to Mr. Trump. Yvette Herrell, a former State House representative who lost the 2018 race, has ads reciting never-Trump Facebook posts written by her primary opponent, Claire Chase, a former congressional aide turned lobbyist. Ms. Chase, in return, calls herself a “pro-Trump conservative” and says Ms. Herrell “undermined Trump’s campaign.”

Democrats are hoping for a rematch with Ms. Herrell rather than a contest against Ms. Chase, who is far better funded.

Democrats have their own nasty race in northern New Mexico’s Third District, a safe seat where seven candidates are seeking to succeed Representative Ben Ray Luján, who is running for the Senate.

The former C.I.A. agent Valerie Plame, whose cover was outed during the George W. Bush administration, has raised the most money but has fought off accusations that she’s a carpetbagger. Teresa Leger Fernandez is the choice of the Congressional Hispanic Caucus.

Ms. Plame entered the race with a flashy video showing her driving a sports car in reverse in the desert and promising to settle scores in Washington. She’s certain to be the only House candidate in 2020 with an indie rock song about her. (It is a great song.) But Ms. Leger Fernandez has promoted herself as someone rooted in New Mexico, a quality that could help her overcome Ms. Plame’s fund-raising advantage and national profile.

When Representative Susan Brooks of Indiana announced a year ago that she wouldn’t seek re-election, it was seen as a harbinger of another bad year for House Republicans. Ms. Brooks was the recruitment chairwoman of her caucus and represented the sort of suburban voters who are often repelled by Mr. Trump.

Her retirement set off one of the largest primaries in the country. Fourteen Republicans took part in a recent online town hall event as they compete for the district, which covers the suburbs north of Indianapolis.

Public polling in the race is scarce.

The candidates include Victoria Spartz, a self-funding state senator who immigrated from Ukraine two decades ago; Kelly Mitchell, the state treasurer; Beth Henderson, a self-funding businesswoman who trumpets her horse-riding skills in TV advertisements and declared herself “born in the USA” in one ad attacking Ms. Spartz; and Micah Beckwith, the chief executive of a church singing troupe who has been a vocal critic of stay-at-home orders to fight the coronavirus.

The winner is likely to face Christina Hale, a former State House member who has raised nearly as much money as all of her Republican opponents combined, excluding their own contributions. 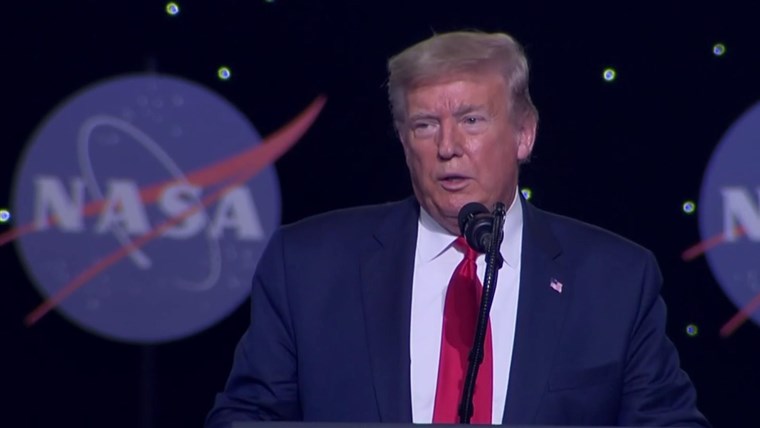 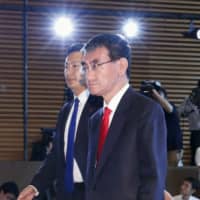