Last Friday, Sept. 18, it was announced that the White House allocated more than $12.8 billion to rebuild Puerto Rico’s electric grid and schools, as part of ongoing recovery efforts from Hurricane Maria, which devastated the island on Sept. 20, 2017.

Upon the disclosure, President Donald Trump stated on his official Twitter account, @realDonaldTrump: “today I announced two of the LARGEST grants in history to Puerto Rico to rebuild its electrical grid system and education system. My Administration will be awarding $13 BILLION through FEMA (Federal Emergency Management Agency)– the largest obligations of funding ever awarded.”

The president also underscored that the move would not only aid in the hurricane recovery process – three years after Maria hit – but also fix the island’s deteriorated infrastructure to help transform the island into a manufacturing hub, a statement that was subsequently criticized by his political opponents. “Obama killed the pharmaceutical manufacturing business in Puerto Rico. We are bringing it back from China and other faraway lands,” Trump added in a follow-up tweet.

THE WEEKLY JOURNAL had the opportunity to interview Rear Admiral Peter J. Brown, who serves as Trump’s special representative in Puerto Rico, to discuss the nature of these funds, the process that went through to allocate them, criticisms on the timely announcement, and the federal government’s plans for the Financial Oversight and Management Board (FOMB).

“The announcement of nearly $13 billion is in addition to $50 billion that has already been allocated or announced. About $25 billion has already been obligated by the federal government to the appropriate agencies of the government of Puerto Rico. So, this money is historic levels of funding to take the electrical and education systems of Puerto Rico directly into the 21st century, to raise them to modern standards of technology, performance and workforce engagement.

“And so, this is a continuation of the Trump administration’s commitment to the people of Puerto Rico, a commitment that began immediately after the hurricanes with the largest relief for recovery operations in U.S. history,” Brown explained, echoing remarks made by Gov. Wanda Vázquez on the “historic” assignment.

But the news was not well-received among some Democrat officials. U.S. Rep. Raúl M. Grijalva (D-Ariz.), for instance, opined in a missive that “it will take years for Puerto Rico to repair the unnecessary harm this president and his incompetent assistants have caused the Puerto Rican people, and they won’t forget it. My focus now is working with Puerto Rican organizations, community groups and the private sector to ensure the island receives the support it deserves and needs to rebuild.”

Likewise, U.S. Rep. Nydia Velázquez (D-NY) issued a statement the same day, accusing the president of delaying those “badly-needed” funds, even insinuating that Trump has ulterior motives by announcing them with less than two months before the November elections in a bid to sway Puerto Rican voters in the U.S. mainland.

U.S. officials believe that a large turnout from Puerto Rican voters could potentially alter Florida’s politics, considering that this sector of the population typically leans Democrat. However, an NBC News/Marist poll revealed that Trump is ahead among Latinos in Florida and, in the macro of voters, leads with 48 percent, with Democratic presidential candidate Joe Biden behind with 47 percent, turning the swing state into a battleground.

Prompted about these accusations, Brown affirmed that the timing of the release of information was not based on political concerns.

Rather, he explained that it “was based on getting the best possible result for the people of Puerto Rico and to begin now in earnest the development of the individual projects that would go into building both the electrical grid and an educational system that are state of the industry in their respective industries and elevate both agencies to the highest standards in performance and customer service.”

Moreover, despite a new administration guaranteed for 2021 in Puerto Rico and the possibility of a new administration in the U.S. mainland after the elections, Brown said that the recovery mechanisms in place ensure continuity for years to come, even beyond political transitions.

“Those processes will survive and continue to function effectively despite a change in political leadership, whether that’s here in La Fortaleza or the White House,” he asserted.

No Fund Commitment to LUMA

A major portion of the nearly $13 billion in recovery funds will be destined to repair and rebuild the transmission and distribution of the Puerto Rico Electric Power Authority (Prepa).

In June, Prepa reached an agreement with LUMA Energy under which the latter would manage the utility’s transmission and distribution systems. Brown noted that the contract is separate from this particular funding stream, for which there’s “no commitment of these funds necessarily to LUMA.”

In response to today’s announcement that the federal government has approved more than $12.8…

“LUMA’s distribution and transmission contract is for operations of the currently existing infrastructure. They won’t physically own the generation infrastructure and they are already working side by side with Prepa to learn the systems in anticipation of taking over the transmission and distribution operation responsibility, sometime in 2021,” the rear admiral stated.

“The money that’s committed today to the restoration or the rebuilding of the grid to uphold modern standards – we expect there will be a number of contracts and proposals on which a variety of companies that are industry leaders will bid to be a part of rebuilding the energy grid. LUMA or its associated companies may be a part of it in the future, but there’s no earmark of these funds necessarily for LUMA and no direct connection to the transmission and distribution contract,” Brown added.

Commonwealth Status Is Not an Impediment

Your correspondent asked Brown if Puerto Rico’s territorial status, known as commonwealth, interferes with speedy efforts to repair and rebuild the island, an issue that has been hotly debated among the local gubernatorial hopefuls.

“The status of Puerto Rico is not a direct impediment to the work that’s being done. The grand processes for FEMA and HUD (U.S. Department of Housing and Urban Development) work essentially as they would for any state in which the state governor or chief executive of the governor is the guarantee of most of the funding, and then that funding is distributed to sub-guarantees, such as municipalities, operating agencies and public corporations, such as Prepa or Prasa (P.R. Aqueduct and Sewer Authority) and so on. And so, that process works the same regardless of status,” he responded.

Regarding the Financial Oversight and Management Board (FOMB), which manages the island’s finances—as created by the federal Promesa law of 2016—Brown assured that the White House is working with congressional leaders who have a part in the process of appointing three new Board members. This process is being done amid the bankruptcy restructuring cases in the U.S. District Court for the Southern District of New York, overseen by Judge Laura Taylor Swain.

As established in Promesa, the president of the United States must appoint FOMB’s members every three years. Given that the Board was created in 2016 under the Obama administration, the new membership is one year overdue, with three resignations announced this year.

“I don’t have any information on who specifically are on those lists; what I can tell you is that the process has begun and that we are hoping to be able to generate and appoint, in the process approved by the [U.S.] Supreme Court, a new Board very quickly,” Brown said, adding that there is no specific timeframe on when the new members would be appointed.

The rear admiral also stated that he would consider joining the FOMB if he were appointed, although he said that it is not in his primary interests. “The Board has vital work to do; I appreciate the work that the Board has done. I do not necessarily seek a seat on the Board—I think my experience is a little bit different from the financial experiences that we seek in Board members. However, if the president were to ask me to serve the people of Puerto Rico in a new capacity, I would have to seriously consider it,” he said. 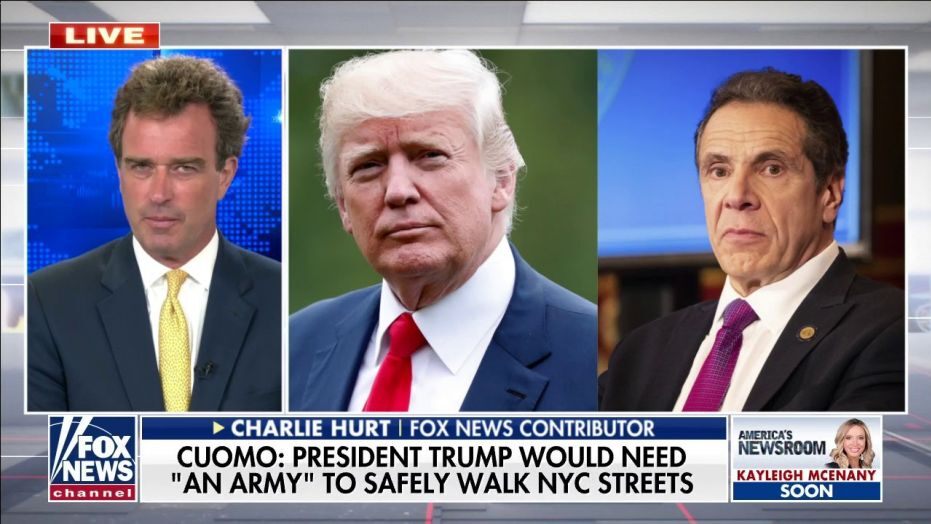