SAN FRANCISCO —In the Seattle City Council election on Tuesday, one of the most closely-watched races was between pro-labor socialist incumbent Kshama Sawant and small businessman Egan Orion, who’s spent years supporting the gay community.

It was not an unreasonable lineup in a very liberal part of a generally liberal city. What is unusual is the decision of Amazon and some of its executives to pump $1.45 million into that and other City Council races to support pro-business candidates.

Tech companies — long focused on national and global issues — are increasingly getting involved in the nitty-gritty of local politics in ways they haven’t in the past. It’s a shift that’s been coming for some time, experts say, in many ways similar to efforts by companies such as Ford, Coca-Cola and U.S. Steel to mold the towns they were built in.

Seattle was not the only place where tech money was out in force this week. In Washington state, Amazon and Microsoft donated heavily to oppose a tax-reduction proposition that will hurt transit.

The Seattle outcome wasn’t immediately known. As of Wednesday afternoon, Sawant was trailing Orion but too many votes remained uncounted to call the race.

“Councilmember Sawant is Amazon Enemy Number One. If she loses this race, Amazon has to consider their efforts as a success,” said Jeffrey Shulman,  a professor at the University of Washington’s Foster school of business who studies Amazon’s effects on Seattle.

This attention to local races is relatively new for tech, said Jessica Trounstine, a professor of political science and local politics at the University of California, Merced.

For a long time, many tech executives assumed their companies were mobile and they could set up shop anywhere, she said.

“So you see this long period of time in American history where these businesses were out of playing the local politics game,” she said.

Then the companies seemed to realize that while the internet was global, their workforce was local — and very picky about where it lived. The quality of life in a city directly affected the ability of the companies to hire the best and the brightest workers, said the University of Washington’s Shulman.

“It’s in their best interests to have a place people want to live. As Seattle transforms, there are a lot of questions about how we tackle these issues and Amazon’s trying to be a part of that,” he said.

The requirement of a flourishing city was underscored when Amazon announced its search for a second headquarters last year. The laundry list of attributes the company required included vibrant culture, good transit, business-friendly and excellent infrastructure.

The search didn’t go well for Amazon. It chose New York City and Crystal City in Northern Virginia as dual additions, then was spurned by local New York politicians opposed to its plan. The company eventually decided to give up on New York entirely.

The other realm tech is increasingly involved in is housing, at eye-popping sums.

Thousands of incoming residents making six-figure incomes combined with a lack of sufficient construction has resulted in rising prices and an affordable housing crisis up and down the West Coast that many blame on big tech companies.

The average cost of a one-bedroom apartment in San Francisco is now $3,870, according to the site RentJungle. This year, the city counted 8,011 homeless people on its streets and in its shelters.

“The benefits to being in a San Francisco or a Seattle or an Austin or a Boston are so high that these companies would rather pay substantial sums on housing than decentralize somewhere else,” said Daniel Hopkins, a political science professor at the University of Pennsylvania who studies political behavior.

There’s nothing altruistic about the donations, which focus primarily on creating affordable units and resources for the homeless because the bet is that eventually, they’ll increase the supply for everyone, says Trounstine.

The amounts set aside for housing, while large, are nothing compared to the market value of the companies themselves. Apple is worth $1.14 trillion, Amazon $890 billion, Google $890 billion and Facebook $546 billion.

In their broadest strokes, these efforts recall actions taken by the great industrialists of the Gilded Age such as Carnegie and Rockefeller, said Margaret O’Mara, a history professor at the University of Washington in Seattle who studies the political history of the tech world.

“Their personal philanthropy was, in part, an effort to redeem their public image and give back, but spending on their own terms,” she said.

A history of fighting regulation

While tech attempts to push certain candidates haven’t previously been front and center, efforts to affect regulations certainly have. There’s a long list of such fights going back years.

In 2018, efforts to thwart a proposition to tax big companies in San Francisco to fund housing and homelessness programs got millions from tech executives, as well as $5 million from liberal Salesforce CEO Marc Benioff to support it. The measure passed.

That same year, Seattle first passed a controversial corporate head tax aimed at Amazon and other large businesses, meant to fund homeless programs. The City Council rescinded the tax a month later, after Amazon, Starbucks and other companies pushed back.

In 2015, Airbnb spent more than $8 million to defeat a San Francisco measure that would have restricted short-term rentals.

What seems to be changing is that tech executives are realizing they must turn toward local politics to keep their hometowns livable and enticing to work in. Amazon donated $500,000  and Microsoft $650,000 to defeat Washington’s anti-transit measure, for example.

“The big difference now is that large companies are to a certain degree in panic mode,” said William Riggs, a planning strategist and professor at the University of San Francisco.

“A lot of corporations are saying they can’t continue to only focus on job creation. If they don’t think about things on a human scale, they’ll lose out on human talent,” he said. 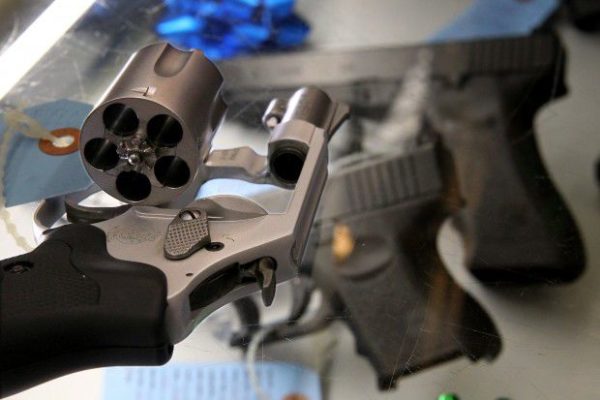