MANHATTAN, Kan. — His speech walked a line between diplomacy and politics, an exhortation of the United States as a global protector of human rights, mixed with nationalistic pride and a dash of Christian reverence.

But as a test run for a potential Senate campaign, Secretary of State Mike Pompeo found himself on Friday firmly — if cheerfully — defending the Trump administration to Kansas voters.

At a forum at Kansas State University, Mr. Pompeo rejected concerns that scientific climate change warnings were being subdued at the State Department. He said he was expanding efforts to cut funding for health organizations that allow abortions. And he denied that the United States was blocking migrants who want the same unalienable rights — freedom and equality — that he had minutes earlier proudly described as being protected by the United States.

“That’s fundamentally not true,” Mr. Pompeo told Cora Farley, a second-year veterinary student, who had pressed the top American diplomat about how “the Trump administration very strongly opposes people coming here in search of those rights.”

“We have an absolute obligation to protect American sovereignty for the American people who are here,” Mr. Pompeo said. He said the Trump administration’s immigration policy would remain “the most generous in the world,” but that it must operate under the rule of law to preserve migrants’ dignity.

The audience of about 900 people applauded.

But its timing fueled speculation whether Mr. Pompeo would leave the State Department and run for the seat that is being vacated by Senator Pat Roberts, a Republican.

Mr. Pompeo’s bid would destroy what is among the Democrats’ strongest shots at wresting a Senate seat from Republicans for the first time since 1932.

“I’ve made it clear that he’s my first choice,” Senator Mitch McConnell, Republican of Kentucky and the majority leader, told the conservative radio host Hugh Hewitt on Tuesday.

But Mr. Pompeo has left just enough uncertainty in discussions of his political plans to keep the guessing game going, and the filing deadline to enter the race is not until June.

As he has said repeatedly over the past six weeks, the secretary of state noted on Friday that he remained “focused on what I am doing” and that he wanted to stay in his current position for “as long as President Trump wants me to continue to do this.”

But, he told KCMO radio on Friday, “What comes next, goodness knows.”

Republican Party officials are already building the case for Mr. Pompeo to receive Mr. Trump’s blessing to run — especially if the president can be convinced that he would be better served by having Mr. Pompeo in the Senate instead of atop the State Department.

Should Democrats pick up at least four seats in 2020, Mr. Trump’s second-term agenda, if he is re-elected, would be stymied by a Democrat-controlled Senate. Incumbent Senate Republicans are already on the defensive in races in Arizona, Colorado, Maine and North Carolina. They do not want to spend money or time defending Kansas, which backed Mr. Trump in 2016 by nearly a quarter-million votes and should be a reliable Republican win.

Democrats feel emboldened in Kansas, not only because it is a rare opportunity to run for an open Senate seat. They also point to last year’s strong victory in the governor’s race by Laura Kelly over Kris Kobach, a former Kansas secretary of state who is closely allied with the president.

As it stands — without Mr. Pompeo in the race — Mr. Kobach is the front-runner in a crowded Republican primary field. Mr. Kobach’s past vulnerability has unnerved Republican Party leaders and cheered Democrats.

“Things are trending blue,” said Barry Grissom, one of the Democrats who is running and who described the timing as a “perfect opportunity.” He predicted Mr. Pompeo would ultimately not enter the race.

“He may be more versed on what’s transpiring in Afghanistan and Iraq,” said Mr. Grissom, a former United States attorney during the Obama administration. “But I question if he knows what’s going on in Dodge City or Garden City — issues that really concern Kansas families.”

State Senator Barbara Bollier, an anesthesiologist who left the Republican Party in December to become a Democrat, is also considering running and has been wooed by Senator Chuck Schumer of New York, the minority leader, and other high-profile Democrats. If she does run, she most likely would be backed by national Democratic leaders and Emily’s List, the political action committee that donates to Democratic women who support abortion rights.

“I don’t know Mike Pompeo personally,” Ms. Bollier said. “We all see he is very strongly affiliated with President Trump, and I would guess those Kansans who want more Trump politics would like him as a candidate.”

Both Mr. Grissom and Ms. Bollier are from moderate Johnson County in the Kansas City suburbs — where Ms. Kelly won enough votes to defeat Mr. Kobach last year. But they face their own challenges: Ms. Bollier remains undecided about running in a federal election, and Mr. Grissom has been questioned over his management of the United States attorney’s office after prosecutors were accused of violating defendants’ rights.

Not one of the Democrats has the statewide name recognition that Mr. Pompeo commands.

Mr. McConnell frequently calls Mr. Pompeo to make his pitch, and has dispatched others in the party, like Senator Tom Cotton of Arkansas, to do so, as well, according to senior Republican officials. They described a June poll by the National Republican Senatorial Committee that showed Mr. Pompeo handily defeating all other Republicans in a primary.

“I see that as a real potential, that the secretary may decide that he would be interested in serving in the United States Senate, and I think he would be a solid candidate,” Senator Jerry Moran, the junior Republican senator from Kansas, told reporters in Wichita on Thursday.

“At the moment, it sounds like we’re going to have lots of choices,” Mr. Moran said, “but that race also might change should the secretary decide to enter it.”

At least five other Republicans are running for the Senate seat. One, Representative Roger Marshall, whose district in northern and western Kansas sprawls across half the state, is expected to announce his candidacy on Saturday.

In an interview on Thursday, Mr. Kobach called Mr. Pompeo’s indecision “a question mark that hangs over the race a little bit.”

“The vast majority of Kansans that I encounter are taking him at his word — that he said it’s off the table and that he’s not going to run,” Mr. Kobach said. “I think most Kansans are assuming that he’s not getting in.”

He predicted it would not undercut the ability of Republican candidates to raise money — despite warnings to the contrary by political strategists — and said he expected to have raised at least $200,000 by the end of the month after entering the race in July.

Mr. Pompeo has more than $991,000 in leftover campaign money from his last House race, in 2016, according to Federal Election Commission records. Mr. Marshall has $1.4 million in his campaign account.

Mr. Kobach dismissed concerns that he would lose a second straight statewide race, saying that “it smells of Washington interference” for national party leaders to be favoring candidates.

And he suggested Mr. Pompeo’s political aspirations might be better off in the long run if he remained at the State Department.

“I would think he would want to have a handful of clear, solid foreign policy victories in hand so then he could say, ‘Look at what a successful secretary of state I was,’” Mr. Kobach said. “And those victories are certainly achievable — but they aren’t in hand yet.”

Mr. Pompeo, who is often sharply defensive about the Trump administration’s diplomatic decisions, might disagree.

On Friday, he described efforts to promote the interests of people in Iran, Venezuela and China who live under oppressive governments and “deserve their God-given freedoms just as much as we do.” He said a long-awaited Trump administration peace plan for Israel and Palestinians might be announced “in the coming weeks.” And he repeated his criticism of Iran for fomenting instability across the Middle East.

But he also said the United States has “insufficiently” addressed the plight of more than one million Uighur Muslims who are detained in notorious indoctrination camps in western China.

It was a grace note from a tough-speaking diplomat retesting the world of politics.

“I’m pretty sure I know exactly what people think about our policies — good, bad, both,” Mr. Pompeo said at one point. “It’s all good — it’s America.”

A version of this article appears in print on , Section A, Page 16 of the New York edition with the headline: With Voters Watching, Tough-Talking Diplomat Adopts Softer Tone. Order Reprints | Today’s Paper | Subscribe 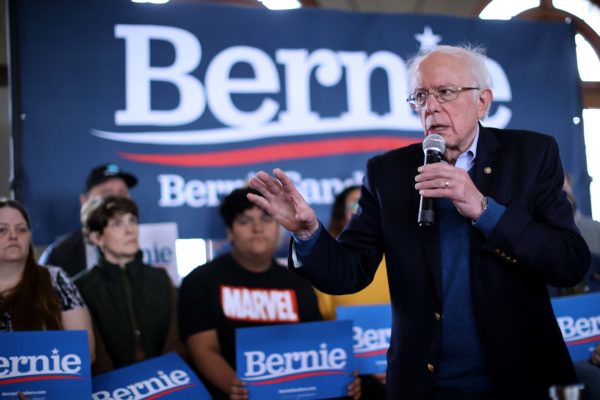 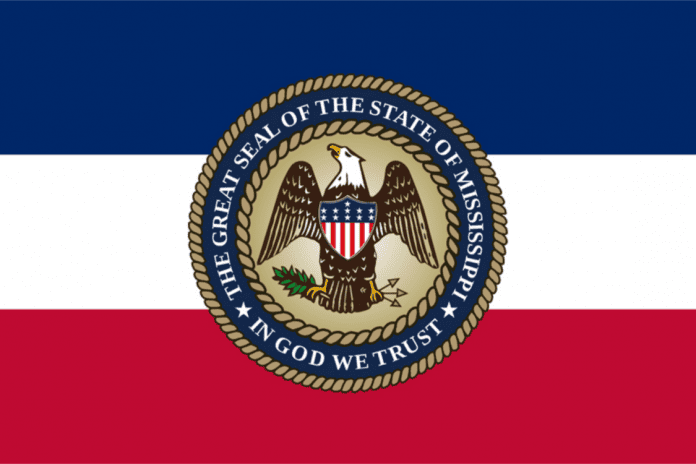 Real movement on the Mississippi flag issue . . . and what everyone needs to understand – Yall Politics 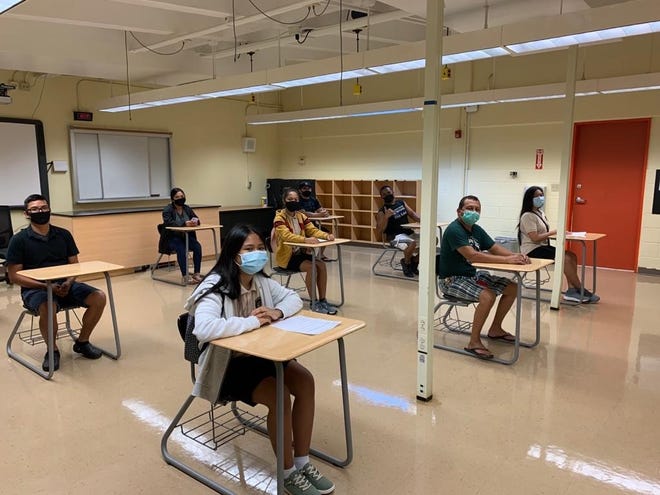